My Review of A Witch’s Brew by Michael Scott Clifton 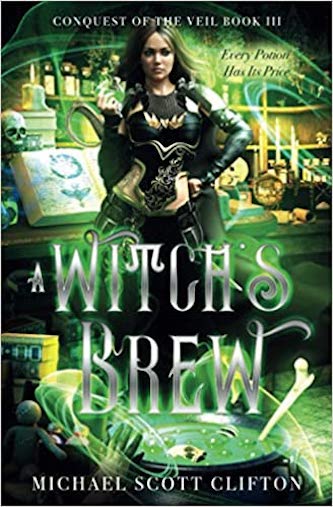 Whether you want to or not, part of you will forever remain in a land that really doesn’t exist unless you want it to.

Intent on defeating the Dark Queen and destroying the Veil, Prince Tal and Alexandria arrive at Markingham to discover a city on the verge of collapse, its people starving, and children vanishing without a trace.

Hopes of launching attacks from the city against the Dark Queen evaporate. To make matters worse, the tiny breach in the Veil allows only a trickle of soldiers and supplies to pass through.

Before the city’s defenses can be restored, the Baleful, a vast army composed of melded humans and animals led by a giant centaur, sweeps across the land like locusts, leaving nothing behind.

In the midst of turmoil and conflict, the love between Tal and Alex reaches white-hot intensity. But the leader of a renegade militia group wants Tal for herself and will do anything to get him…even strike a bargain with a child-killing witch for a potion to make her irresistible.

But every witch’s brew comes with a price.

The Story: Michael Scott Clifton has created a fascinating world that is fraught with mystery and war, romance and jealousy, revenge and redemption. The story could be told well in any genre, but Clifton has chosen to set A Witch’s Brew firmly in an imaginative land of fantasy. It is a wise choice.

The scene. Drusulla the witch, a cunning, cold-blooded killer, is in prison, doomed to be hanged. Maggie, who leads a band of warriors, wants to steal Tal from the arms of Lady Alexandria, and she conspires to free the witch on one condition. Drusulla must brew up a potion that fills Tal with a burning desire for her, at least for a  night of passion. It is her only chance to escape the gallows. The witch agrees and tells Maggie she must slip the potion into any liquid a man drinks. Wine or ale works best.

Excerpt: Drusulla says, “A thimbleful will make you irresistible, a vial and you become the object of seductive desire. Best of all, once the potion wears off, your lover falls asleep and awakens with no memory of what has happened. The brew can be used over and over with no one the wiser.”

My thoughts. I have read all three books in Clifton’s Conquest of the Veil series. Each has its own unique twists, and I certainly suggest you read  The Open Portal and Escape from Wheel before settling down with A Witch’s Brew. Clifton does know how to lead you into a fantasy world you never believed existed but wind up convinced it could be a real place instead of a figment of his and your imagination.

Can Tall destroy the Veil?

Can he bring down the Veil Queen and the evil Lord Regret?

Will Lady Alexandria remain his one true love?

Will the scheming Maggie steal him away?

Does the witch have the power and the potions to defeat them all?

Are they at her mercy?

A strange world keeps turning, and you have no idea when, if ever, it will stop.

A Witch’s Brew is a tall tale of the first order. But the story is told with heart and compassion especially for those who are among the lonely, the depressed, the heartbroken, the misunderstood.

Who is stealing the children?

Is the angry, nine-foot troll a friend or foe? Who would dare show him any pity or sympathy?

Life is hopeless, as bad as it can be for the poor souls who inhabit Markingham’s walled city. Can life get better or grow worse?

Sure, it’s just a story. But you find yourself caring about the people who are lost, whose spirit has been broken, worrying about those who have lost the will to fight back.

Can they rise up again?

Or are they condemned to wither away in a dying corner of the Veil?

Whether you want to or not, part of you will forever remain in a land that really doesn’t exist unless you want it to. 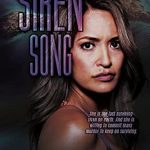