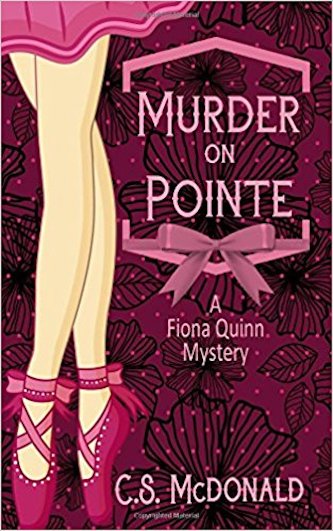 Fiona Quinn returns to ballet, a past love of hers to fill in after a very dead ballerina turns up backstage.

Fiona can’t wait to attend the performance of Coppelia at the Benedum Center in Pittsburgh. Her old friend, Silja Ramsay, is dancing the principal role. They have dinner after the show, but when they return Pittsburgh Ballet Theater is down one dancer!

Ballerina, Alexis Cartwright, has been found dead in the dressing room. Is this murder a result of hot tempers among the cast members?

Or is it a random act of violence?

Will there be more murders?

Homicide Detective, Nathan Landry, isn’t taking any chances. After finding out Fiona has a strong background in ballet he recruits her to go undercover among the cast of Coppelia. 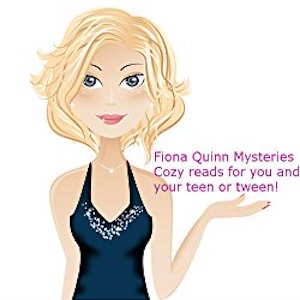 This was a fast-paced, enjoyable mystery. Fiona Quinn returns to ballet, a past love of hers to fill in after a very dead ballerina turns up backstage. Handsome Homicide Detective, Nathan Landry also steps in to investigate the murder, but murder doesn’t stop there.

Treachery is in the air and soon Fiona is put in the crosshairs after helping the detective to get the inside scoop. Can they both solve this mystery before it’s too late? Is romance in the air for Fiona? This well-written mystery quickly draws the reader from page to page as the action escalates to a fever pitch at the surprise ending.

McDonald may be a prolific writer these days, but for 26 years, she was a professional dancer and choreographer. And you can certainly experience her expertise in her Debut series starring Fiona Quinn! It’s been years since I’ve attended an event at the Benedum Center, but it has the traditional fairy tale beauty of concert halls that really is unlike any other place… And once the event starts, you are indeed carried away into the fairy tale being presented on stage.

Fiona had been hurt many years ago and had to stop dancing. She had become a teacher and was quite happy working with the children. But her best friend was playing a lead in Coppelia and she wouldn’t miss it for the world!

Fiona had come to meet Silja and then go on to lunch with her afterward…But they never left the Benedum Center. When they had gone into the dressing room so Silja could change, they found Alexis, one of the dancers…dead… She played a lead role!

Soon the police were involved and I’ll add right away that Fiona was immediately attracted to the lead investigator. So readers will enjoy the subtle interactions of these two. It’s a nice, flirtation that lightens the tone of a murder mystery… And to continue on that thought, this book is quite suitable for tweens, teens through adults… For passionate teenage ballet students, this should be highly considered as, perhaps, a gift…

Personally, I enjoyed it as a favorite–music, murder mystery, plus the experienced dancer/writer’s knowledge of the dance and the theatre and the background activities of rehearsals and planning for scene changes that added greatly to the book’s setting…especially when a murder takes away a lead dancer!

But then I happily enjoyed the twist brought about by Detective Nathan Landry…when he learned of Fiona’s dance background, he asked her to take a part and work undercover for the police! Cool, right?! But Fiona was scared–she hadn’t danced for years and even though she’d continue to be active, even taking Zumba classes, she hadn’t been on pointe since she’d been hurt. And she was being asked to play Coppelia! Of course, that was a good choice since most of the time she was sitting reading, but…

So there I was, carefully picking up clues, and then forgetting some, LOL until I was pretty sure whodunit…But, I noticed the book was still quite long, so something had to happen to keep it going! Yes, another murder! Of another lead dancer! Yikes! is Fiona moving toward danger?!

And, I’m still guessing! Is Fiona going to go back into professional dancing? Is a real romance going to blossom between Fiona and Nathan? Will the series stay in Pittsburgh, which is a town I’ve visited many times and thus recognize many of the local attractions?

If you can stand on pointe, this is a must-read. But it’s still highly recommended for all the rest of us…LOL

A totally, enjoyable quick read that pulls you in from first to last page! Kudos for this Debut!

Please click HERE to find Murder on Pointe on Amazon.