In our mission to connect readers, writers, and books, Caleb and Linda Pirtle is showcasing some of the best authors in the marketplace today. Monday’s Sampler features an excerpt from Dying Light, a dark urban fantasy by Kory M. Shrum.

As one reviewer said: When you thought you read everything there was to read about zombies and undead, here comes a series so original that will make you question common moral and the ethic of dying for a living. Twists and turns, and surprising endings, Jesse Sullivan stories mark a brand new era in the urban fantasy genre.

In the wake of her handler’s death, Jesse has never felt more alone. Her best friend is distracted by a new love. Her mentor Rachel is missing and her boyfriend Lane isn’t returning her calls.

Worse, a Necronite with the ability to heal any wound wants to kill Jesse and absorb her power of pyrokinesis.

With little to hold her to Nashville, Jesse agrees to work as a freelance agent for Jeremiah Tate, a pharmaceutical tycoon in Chicago. Together they plot revenge against Caldwell, the mastermind responsible for the genocide of over 100,000 Necronites worldwide.

When Jeremiah fails to dominate Jesse and her pyrokinesis, tensions escalate, dividing her from her allies.

Then Caldwell gives Jesse an ultimatum she cannot refuse.

“Come on,” I wail. “Jumping out of a burning building is not the craziest thing we’ve ever done!”

“If you hadn’t panicked, the building wouldn’t be on fire,” Ally snaps back. She tucks the bundled laptop under her arm and starts yanking open desk drawers. Post-it notes of every color fly through the air, followed by pens, a stapler, paperclips and a Kleenex box.

I search the open office space for another door. Nada. Only one way in and out.

“I had to do something.” I thought firebombing the bad guy was my one good idea on this mission to retrieve a laptop for Jeremiah. “If I hadn’t, we’d still be stuck with him.”

We both turn our gaze to the locked door twenty feet away. A row of unoccupied desks rests between us and where we entered. The office is spacious, with rows of silver tabletops running the length of the room. Spacious—but not spacious enough with a homicidal maniac just on the other side of the door.

Something large slams into the locked office door, rattling the walls. Ominous black smoke seeps through the cracks and the smell of campfire wafts in. That smell is surely going to cling to my hair until I wash it.

“Just because we’ve been reckless before doesn’t excuse it now.” Ally slams a desk drawer shut and yanks another open. Her disheveled blonde hair hides most of her face, revealing only terrified eyes. She gives up trying to find a weapon in the desk drawer and hurries to the window. Her gaze falls on the street below. “God, Jesse. No. We’ll never survive a fall from this height.”

I shrug and pucker my lips. “It’s fine. I’ve fallen from higher. We’ll be fine.”

She blinks at me.

“You’re forgetting about my shield thingy.” I’m talking out of my ass here, but there is no way I’m letting him come in here and hurt her. He can trade punches with me all day if he wants, but not with Ally. I’ll have to find a way to break the window, jump out, and shield her on the way down.

The door shakes for the fourth time and a thick crack appears to the left of the jamb. A thicker plume of black smoke rolls through the crack and floats to the ceiling. The white popcorn tiles disappear beneath the black fog.

I go to the window and look through the glass beside her. The glass is cold under my palms and my breath fogs on the surface despite the growing heat of the room. Down below, tiny cars cut corners around buildings. One could easily be mistaken for a child’s toy. 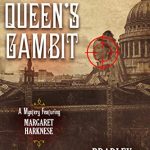