Meet the Author is a Podcast that gives other authors and especially other readers a glimpse behind the scenes of their writing world.

Click HERE for the link to the archived edition.

Linda and I are honored to join three outstanding authors tonight on the first-anniversary show of Meet The Author, a Broadcast and Podcast at Indie Book Source, hosted by Rob and Joan Carter.

Tune in tonight, February 23, at 7 p.m. EST to visit with Paul Hollis, George Dismukes, and Orlando Sanchez.  Linda and I will pitch in our two cents every now and then as well.

Meet the Author was originated to provide indie authors a platform where they could provide their own stories and the stories behind their books.

The show, which is broadcast weekly on Wednesday nights, gives other authors and especially other readers a glimpse behind the scenes of their writing world.

Why they started writing.

Where do their story ideas come from?

Where do they find their characters?

And what are the key ingredients for telling a good story?

And those who watch the Podcast aren’t left out. They can join the conversation, asking questions and making comments. They become an integral part of the show itself.

We’ll even be giving some books away.

We’ll be expecting you. 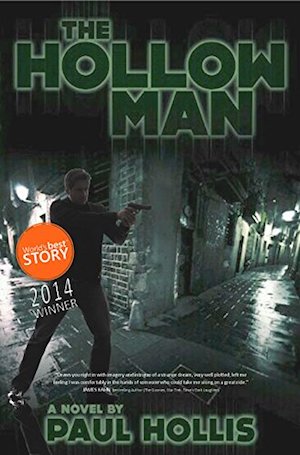 Paul Hollis grew up during a time when the notion of a shrinking world was still in its infancy. People lived in rural communities or in city neighborhoods, rarely venturing far beyond the bordered rim of their lives.

But as a kid, Paul tumbled off the edge of the yard reaching for greener grass. Having lived in twelve states and eventually working in all fifty, he fell in love early with seeing the world on someone else’s money.

Since then, he has lived abroad for nine years while working in forty-eight countries, spanning five continents. These experiences helped inspire the novels in The Hollow Man series.

From traveling through Europe as a young man to flying nearly three million miles which took him nowhere near home, to teaching companies worldwide about coming global implications, as a world tourist Paul Hollis brings his own unique viewpoint to his mesmerizing thrillers. 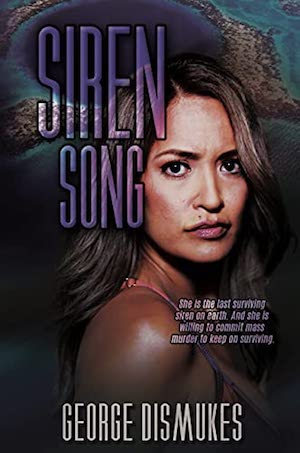 George spent the first half of his life in pursuit of adventure. This ranged from bullfighting as a youth to milking poisonous snakes professionally at Ross Allen’s Reptile Institute in Silver Springs, Florida. The early 60s found him chasing wild animals across the Serengeti in the movie business and operating an animal export company in Iquitos, Peru.

In 1980, he began a video production company in Houston, Texas, and worked as a ’triple threat’ (writer/director/producer) creating some of the Houston market’s most creative television commercials.

He won a CLEO award for his production of a series of television PSAs concerning the prevention of child abuse, funded through a grant from the University of Houston. 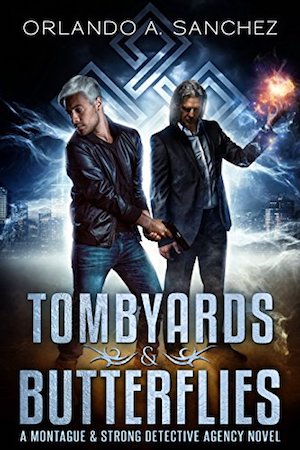 Orlando Sanchez has been writing ever since his teens when he was immersed in creating scenarios for playing Dungeon and Dragons with his friends every weekend. An avid reader, his influences are too numerous to list here.

The worlds of his books are urban settings with a twist of the paranormal lurking just behind the scenes and generous doses of magic, martial arts, and mayhem.

Aside from writing, he holds a 2nd and 3rd Dan in two distinct styles of Karate. If not training, he is studying some aspect of the martial arts or martial arts philosophy.

He currently resides in New York City with his family. 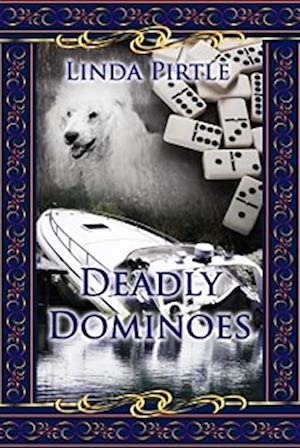 It is only natural that I would one day wind up in the literary field. I taught the art of writing and understanding literature for years as an English teacher at St. John High School, Lancaster High School, and Ennis High School as well as Business Communications at Navarro College.

When I retired, I turned my attention to working with my husband to create and build Venture Galleries, a book publishing company. Our website, CalebandLindaPirtle.com is a literary Website devoted to connecting readers with today’s growing population of authors throughout the world. I have served as editor for some great books presently in the marketplace, and a year ago I entered the field as an author myself.

It was a perfect transition. I have long read and reviewed mysteries, and I found myself infatuated with the kinds of cozy hometown mysteries produced by Agatha Christie and Diane Mott Davidson. I am fascinated with dastardly murder mysteries solved by the lady next door who relies on intuition, instinct, and deductive reasoning. 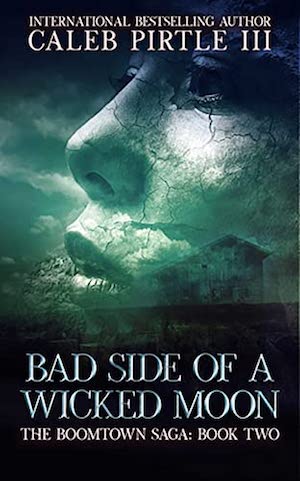 Caleb Pirtle III lives in the present but prefers the past. He is the author of more than eighty books, including four noir thrillers in the Ambrose Lincoln series: Secrets of the Dead, Conspiracy of Lies, Night Side of Dark, and Place of Skulls. Secrets and Conspiracy are also audiobooks on audible.com.All of the novels are set against the haunting backdrop of World War II.

He has written three noir thrillers following the exploits of the Quiet Assassin, a rogue agent who has fled the CIA. He takes the missions no one else wants. He is expendable, and he knows it. They are Lovely Night to Die, Rainy Night to Die, and Lonely Night to Die.

His award-winning Boom Town Saga includes Back Side of a Blue Moon, the story of a con man who comes to a dying East Texas town during the Great Depression, promises to drill for oil, and falls in love with a beautiful woman who just may have killed her husband. In Bad Side of a Wicked Moon, the lawless have come to the oil patch, and justice has left town. In Lost Side of an Orphan’s Moon, no one knows whose eyes belong to the man who carried a lovely fancy dancer from the ballroom of a Sporting House into the darkness of a rainy night and killed her.

Please click HERE to find books by these authors and other great indie authors at Indie Book Source.