Meet Joe R. Lansdale at the Bookstore in Kilgore 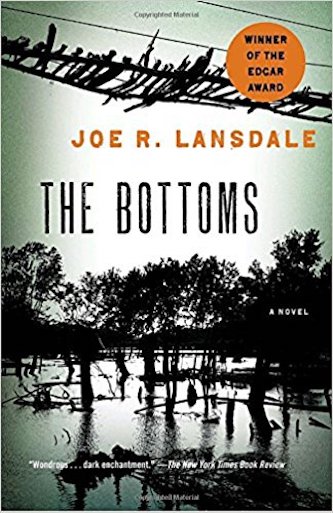 Joe R. Lansdale will be signing books at Stephen Woodfin’s Bookstore in Kilgore from noon to 2 p.m. on Saturday, May 12.

Hap and Leonard are hard-headed detectives who reside in his imagination.

As the Dallas Morning News reported, They’re bad-to-the-bone brawlers who dispense justice in any way that feels right to them.

Hap is a good-old-boy liberal.

Leonard is back, gay, and politically conservative.

Don’t mess with the boys.

Joe R. Lansdale is the author of over thirty novels and numerous short stories. His work has appeared in national anthologies, magazines, and collections, as well as numerous foreign publications. He has written for comics, television, film, newspapers, and Internet sites. His work has been collected in eighteen short-story collections, and he has edited or co-edited over a dozen anthologies.

He will be signing books at Stephen Woodfin’s Book Store in Kilgore from noon to 2 p.m. on Saturday, May 12, and it’s an event that no one in East Texas should miss.

Find Kilgore on the map, and head that way.

All roads lead to Kilgore.

And it’s never that far away.

Knock on the door.

Pull up an easy chair.

The bookstore has plenty of them.

Have a little coffee and conversation with Joe Lansdale.

It will be your best afternoon of the year.

Lansdale is one of the most talented and prolific writers in the nation.

He just happens to reside in Nacogdoches, Texas, where he is writer-in-residence at Stephen F. Austin University.

Lansdale is a wonderful storyteller, and the Morning News points out, “The Edgar Award-winning author from Nacogdoches has a wonderfully warped way with words. In his hands, everyone can curse a blue streak and it comes out as profane poetry.”

Lansdale has received the Edgar Award, eight Bram Stoker Awards, the Horror Writers Association Lifetime Achievement Award, the British Fantasy Award, the Grinzani Cavour Prize for Literature, the Herodotus Historical Fiction Award, the Inkpot Award for Contributions to Science Fiction and Fantasy, and many others.

His story “Incident On and Off a Mountain Road” was adapted to film for Showtime’s “Masters of Horror.” He is currently co-producing a TV series, “Hap and Leonard” for the Sundance Channel and films including The Bottoms, based on his Edgar Award-winning novel, with Bill Paxton and Brad Wyman, and The Drive-In, with Greg Nicotero.

Lansdale is the founder of the martial arts system Shen Chuan: Martial Science and its affiliate, Shen Chuan Family System. He is a member of both the United States and International Martial Arts Halls of Fame. He lives in Nacogdoches, Texas with his wife, dog, and two cats.