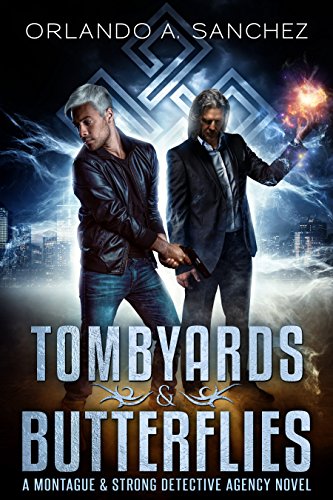 Watch Orlando Sanchez on an archived Meet the Author Podcast, hosted by Rob and Joan Carter at Indie Book Source.

Orlando Sanchez has been writing ever since his teens when he was immersed in creating scenarios for playing Dungeon and Dragons with his friends every weekend.

An avid reader, his influences are too numerous to list here. Some of the most prominent are: J.R.R. Tolkien, Jim Butcher, Kat Richardson, Terry Brooks, Piers Anthony, Lee Child, George Lucas, Andrew Vachss, and Barry Eisler to name a few in no particular order.

The worlds of his books are urban settings with a twist of the paranormal lurking just behind the scenes and generous doses of magic, martial arts, and mayhem.

Aside from writing, he holds a 2nd and 3rd Dan in two distinct styles of Karate. If not training, he is studying some aspect of the martial arts or martial arts philosophy.

He currently resides in New York City with his family.

Please visit his site at: OrlandoASanchez.com for more information about his books and upcoming releases.

An emissary from the Dark Council has just materialized in the office of the Montague & Strong Detective Agency and makes Simon Strong an offer he can’t refuse. Charon is missing. The legendary ferryman responsible for transporting sorcerer souls across the river Styx hasn’t been seen in days. And with each passing hour, those unable to cross the river are left to walk among the living, tilting the world further out of balance.

Meet Simon Strong, an immortal, who is also the best private detective in New York City. Together with his surly partner-Tristan Montague, a mage of indeterminate age, they must find the Ferryman and get him back to work before another Supernatural War ravages the earth, destroys humanity, and Simon’s local coffee shop.

Time is running out. His landlord wants the rent and Karma with a capital K is paying him a visit, and she can be a real…

Join the Montague & Strong Detective Agency and help them locate Charon, so he can restore balance to the universe, put the dead sorcerers to rest, and maybe solve the age-old conundrum – coffee or tea? 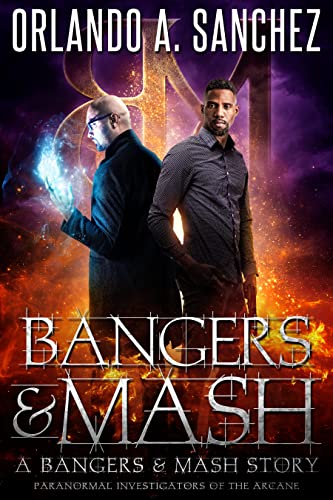 When it’s all at risk and you’ve lost hope…don’t call them.

When danger terrorizes the city, Bangers & Mash take it upon themselves to investigate, despite everyone advising against it.

They won’t let common sense and the threat of a horrific creature capable of ripping them to shreds stop them.

There’s no case they can’t make worse, but this time they may have bitten off more than they can chew.

Join Bangers & Mash—the newest paranormal investigators to wreak havoc on the city as they take their cases from bad to disastrous! 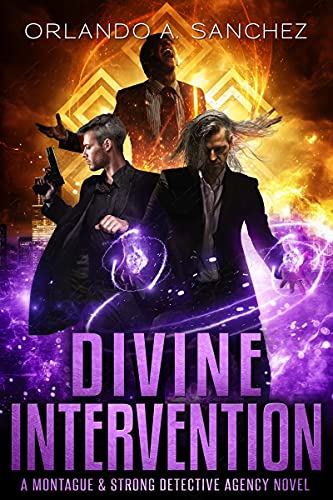 How do you stop a god? Monty and Simon don’t know, but they better find out…fast.

The NYTF Command Hub has been destroyed, the Director is in critical condition, and a cryptic message has been left for the Montague and Strong Detective Agency…in blood.

When Monty and Simon discover Mahnes, a Soul Renderer and Dark Mage, is behind the attack, they realize they are outclassed and outgunned.

Something or someone is controlling Mahnes and they need help.

Now Monty and Simon must face an ancient god, one they thought they had defeated and banished.

To learn more about Orlando Sanchez, check out his page HERE on Indie Book Source.