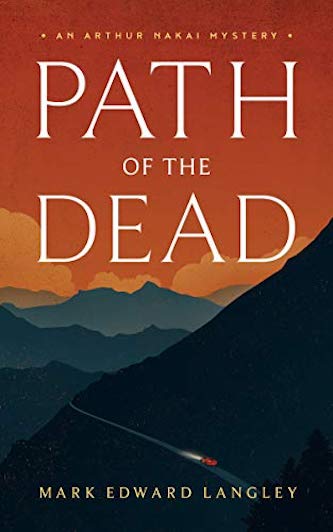 Discover the stories behind Mark Edward Langley’s books when he appears tonight, June 29, at 7 p.m. EST on the Meet the Author Podcast at Indie Book Source, hosted by Rob and Joan Carter.

MARK EDWARD LANGLEY is the award-winning author of the Arthur Nakai Mystery Series. HIs series has won the PSWA Award, the Firebird Award and the Feathered Quill Award for Fiction and has been praised by Publisher’s Weekly, Writer’s Digest, and Midwest Book Review. He has also appeared in The Albuquerque Journal, the Farmington Daily Times and other newspapers around the country.

Mark’s debut Arthur Nakai novel, Path of the Dead, took Arthur from his quiet home in Northwestern New Mexico to the bone-chilling mountains of Montana in a race against time that was praised by bestselling author Craig Johnson of Longmire fame as being “one heck of a debut novel!”

HIs second novel, Death Waits in the Dark, a book William Kent Kreuger praised by saying “I recommend this book with a full heart,” and Anne Hillerman wrote, “The tightly written noir plot moves from scene to scene like a thriller, building suspense in every page.” finds his protagonist dealing with the lingering effects of PTSD, a case involving drilling and fracking on Native land, and coming to grips with the loss of people close to him.

Mark’s third book, When Silence Screams, finds Arthur wading through the dark world of teenage prostitution where he discovers that missing teenager April Manygoats has already been sold to a man known to everyone in the trade as The Cuban. Running underage girls is his business, and the revolving door of the flesh trade is always rotating. Praised by Spur Award Winner James Wade who said, “There’s not a better detective writer in the American West.” and Publisher’s Weekly who stated, “Detective fans will enjoy this thriller that powerfully depicts the crisis of abducted indigenous women.”

Mark also is an active member in the Western Writers of America, Mystery Writers of America, International Thriller Writers and the Public Safety Writers Association. Mark has also contributed to three anthologies and is currently writing his fourth Arthur Nakai Novel, The Source, and the first novel of his new Skye Roanhorse series, Bloodlines.

Mark and his wife, Barbara, divide their time between their home base in Indiana and Santa Fe, New Mexico.

Path of the Dead

The battle is one of wits and cunning, where the strong heart will overcome his enemy.

Ex-marine Arthur Nakai spent years as a member of the Shadow Wolves, an ICE tactical unit tasked by the US government to hunt human traffickers and drug smugglers on the US/Mexico border.

He put that life of confronting violence in the darker contours of the desert landscape behind him and settled into a quiet existence in New Mexico with his wife, Sharon, a local TV reporter.

But when Sharon goes missing after crossing paths with a serial killer who has just added to his list of young victims, Arthur’s calm world is shattered.

He must return to the darkness of the life he left behind in order to save what matters most to him, and the future he and his wife plan to share together.

He can only hope that she is still alive, and that his skills will be enough to find her.

So begins the hunt—to find a ruthless killer and save the love of his life. 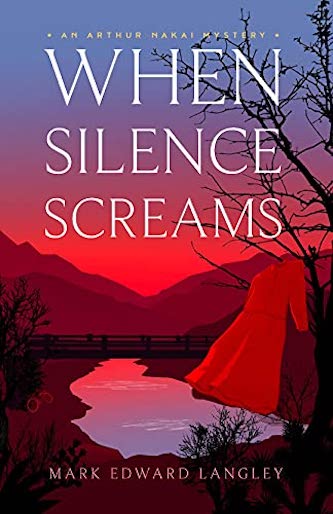 Arthur Nakai, now armed with his newly minted Private Investigator license, has visitors on his doorstep at White Mesa.

Melanie Manygoats and her young son arrive on a cold winter’s day seeking his help locating her missing daughter, whom she fears has become one of the stolen.

Arthur accepts and soon finds himself wading through the world of teenage prostitution where he discovers April has already been sold to a man known to everyone in the trade as The Cuban.

Running underage girls is his business, and the revolving door of the flesh trade is always rotating,

Meanwhile, a 15-year-old girl goes missing, her bicycle found hidden among scrub brush under a bridge over an empty desert wash.

Are the cases related or are they simply part of a bigger, more horrifying picture plaguing Arthur’s beloved Dinétah?