What makes a book better than the movie? 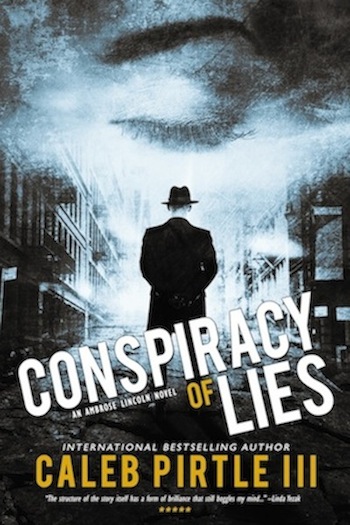 By reading a character’s thoughts – his inner dialogue – you feel what he is feeling. It makes a difference.

You’ve heard it before.

You’ve probably said it yourself.

The book is better than the movie.

And I know why.

In a movie, you see the character.

You hear his words.

You watch his eyes.

You read his body language?

What’s going on deep inside his mind?

You have no idea.

In books, you know the main character.

More importantly, you know what he is thinking.

And by reading his thoughts – his inner dialogue – you feel what he is feeling.

Is it a deep and foreboding dread?

Look at the screen?

What did the character’s eyes tell you?

And that’s all there is.

Books, on the other hand, let you crawl deep into a character’s psyche.

Here is an example from my historical thriller: Conspiracy of Lies.

Let me set the scene.

A brisk wind was blowing dust out of the desert. It burned his throat like the stale smoke from the fat man’s cigar. The wind in the dried brush sounded like the coarse rattle of a snake.

The heat bore down and into his shoulder blades as if it had been a poker pulled straight from the flames in a blacksmith’s furnace.

He had one pistol in a shoulder holster that crossed his heart. A smaller one hung heavily in the pocket of his deep navy blue trousers.

Lincoln suspected that a third was hidden elsewhere, maybe in his belt.

The fat man was a walking armory.

But could he reach any of his weapons in time if he were in trouble?

Lincoln suspected he could.

Otherwise, the fat man would have died long ago.

The highway was empty.

No wonder the café was empty.

Nobody came much to Eureka anymore.

Even fewer ever left.

Arlene would not be making the journey out of town.

But Arlene had lied to him.

Maybe the fat man was lying.

Maybe it was all a lie.

I’ve often said that writers need to let readers see the story through their eyes, or, more importantly, through the eyes of the characters.

How can we be in love when the character is simply walking across the dance floor, surrounded by women?

Who has caught his eye?

Who has stolen his heart?

We know his thoughts when he speaks to us with his inner dialogue, and we know it all.

We’re on the dance floor with him.

We see the girl he sees.

Our hearts flutter when his does.

No doubt about it.

How can we know fear when the character is simply sitting in a parked car with night falling on the dark side of a dark city?

Why is he waiting?

Who is he waiting for?

Is he waiting to kill someone?

Is he afraid he will be killed?

When we know his thoughts, when he speaks to us with his inner dialogue, we know it all.

We’re sitting in the dark car waiting with him.

We are as afraid as he is.

We left ours at home.

We should have read his mind before we left.