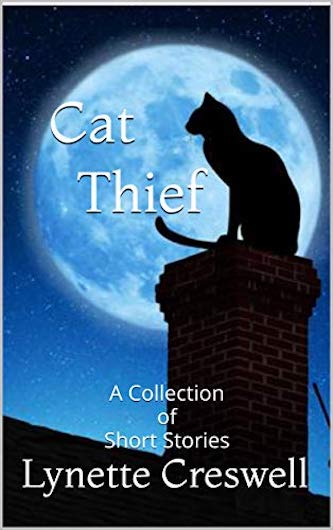 Explore the literary mind of Lynette Creswell at 7 p.m. tonight, July 13, on the Meet the Author Podcast at Indie Book Source, hosted by Rob and Joan Carter.

Lynette Creswell was born in London, but moved to Burnley, Lancashire when she was a small child. From the tender age of five she was raised by her grandmother and given books to help keep her quiet. Lynette found she had a passion for reading and subsequently started writing once she began school.

Years later, Lynette’s husband was so impressed with her ability to capture children’s imaginations with her stories that he encouraged her love of writing by buying her a laptop in the hope she would write something more substantial. So, with a little push in the right direction, Lynette decided to write a fantasy trilogy and the subject would be something that all children love to read about (and most adults too) – magic!

Her inspiration came from childhood books written by Enid Blyton. The Enchanted Wood and The Faraway Tree were her first real taste of fantasy and the reason why she writes today.

Her first novel, Sinners of Magic, was published in 2012 and is now receiving attention from both London and American film producers. Betrayers of Magic became the second book of the series followed by Defenders of Magic.

Lynette has since had one of her short stories published in America, hitting No 4 in the US bestsellers charts. The Witching Hour is only available via Amazon Kindle.

Lynette now lives in North Lincolnshire with her husband and King Charles spaniel, Ruby. All of her grandchildren are the apple of her eye.

The new collection is diverse, dark-humoured, and deliciously bite-sized. A compelling collection of 7 thought-provoking and humorous short stories to keep the reader reading long into the night. You’ll find some of the stories have been previously published in magazines and anthologies. The collection is engaging, the characters linger in your mind and are the perfect companion for any fiction lover.
1. Cat Thief: When a witch’s love potion goes wrong, she doesn’t want to put it right. But why?

2. Forty Years Too Late: We all keep secrets from loved ones but sometimes skeletons don’t lay hidden forever.

3. Seventeen Pound and Thirty-Four Pence: An act of kindness from the last person you expected.

4. Lonely-Hearts: Love hits when you least expect it.

5. Glimpse into the Future: A young Romany gypsy has foresight. After dreaming the murder of a young woman, can Rosa decipher the clues in time to save her life?

6. Close Call: A duty firefighter is called to a house to coax a jumper off a roof.

7. Orange Truffle Surprise: Revenge is a dish best served cold. Especially when your husband is caught having an affair. 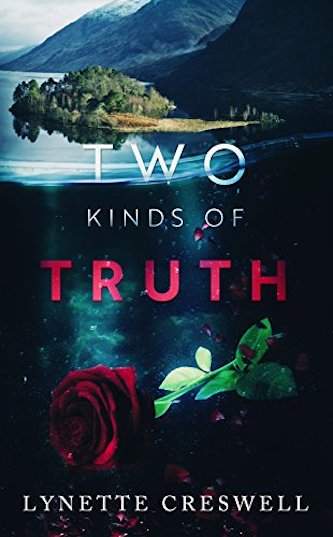 ‘If you can’t trust the man you love, then who can you trust?’

How far would your husband go to give you the baby you so desperately desire? The child he can never father himself because he’s infertile?

Maddie McKinley’s about to find out.

After several failed IVF attempts, Maddie hopes to rekindle the passion of their honeymoon by having a mini-break in the Highlands of Scotland. However, Callum, her husband, has a hidden agenda. Balinriach Farm is home to his identical twin brother, Jamie. Loyal and faithful, Jamie’s integrity is pushed to the limit when Callum begs his twin to switch places and sleep with his wife, without her knowledge.

Maddie’s world is turned upside down when an emotional trail of deceit and lies unravel, revealing a much darker secret in Callum’s life. A revelation with the ability to destroy everything Maddie truly loves. But the more Maddie learns about her husband, the deeper the chasm between them grows.

With the true Callum exposed, can Maddie learn to live a lie, or will her husband’s subterfuge crush her once and for all?

The heart-wrenching new novel from Lynette Creswell, will leave you breathless, spellbound, and begging for more!