The Lost Book of Ernest Hemingway 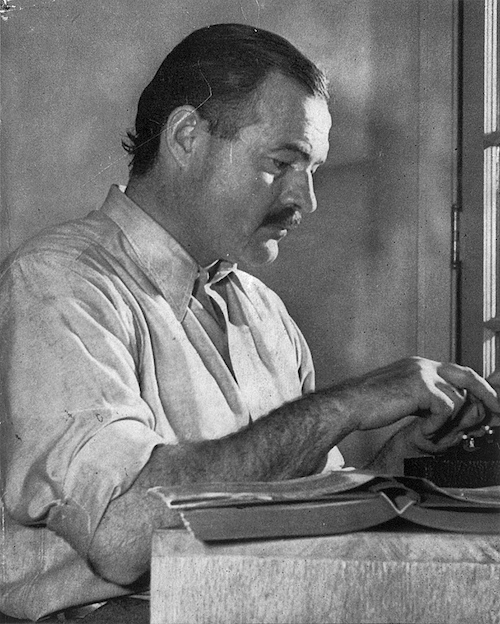 The Lost Book may have been a priceless addition to the world of literature. We’ll never know.

It was 1922, Europe was recovering from the shocks of World war II, and a writer named Ernest Hemingway was beginning to make a name for himself.

The literary world knew his name.

He became the voice of the Lost Generation

And he began tinkering with his own style of fiction.

A year earlier, he and his wife, Hadley, had moved to Paris and settled down in their first apartment.

Theirs was a miserable Bohemian existence.

The apartment had no running water.

The bathroom was little more than a broom closet with a slop bucket.

He and Hadley were surviving on the income he earned as a journalist and her trust fund.

Together, they were bringing in three thousand dollars a year.

As a reporter, Hemingway covered the Greco-Turkish War, the post-war convention in the Ruhr Valley, and he found time to write news and magazine stories about fishing, bullfighting, and the social life of Europe.

Ezra Pound would say of Hemingway: “He writes good verse, and he’s the finest prose stylist in the world.”

It was a bold statement.

It gave Hemingway a reason to keep writing.

With an introduction from Sherwood Anderson, he hung out in Paris with such writers as Pound, Gertrude Stein, James Joyce, and Max Eastman.

He was friends with Picasso.

And he decided to write a novel based on his experiences during World War I.

He never finished it.

Hadley in 1921 departed Paris on a train, headed to meet her husband in Lausanne, Switzerland.

She carried several of Hemingway’s short stories and pages from his first novel all tucked away in her suitcase.

They had been written in longhand.

There were no copies.

It had been stolen.

His work was gone and lost forever.

The theft left him in a state of shock.

He would never see any of them again.

And he sank into a pit of despair.

Hemingway later said he would have opted for surgery if he knew it could erase the memory of the loss.

He was urged to write the novel again.

Ernest Hemingway was not a forgiving man.

And in time, after a few drinks of hard liquor at a bar, Hemingway would say that the loss of his manuscripts ultimately led to his divorce from Hadley.

One critic said: “Had he spent the next ten years trying to perfect his immature jottings, we might never have seen the novels of which he was capable.”

Instead, during the 1920s, Hemingway produced his first true novel, The Sun Also Rises, Torrents of Spring, Man without Women, and Farewell to Arms, which, some claim, is the finest novel to emerge for the first World War. In addition, he wrote a collection of short stories that contained “The Killers” and “In Another Country.”

Some believe that in those four years, he produced some of the most important works of twentieth-century fiction.

We admire his works.

But we mourn the loss of a Hemingway manuscript no one ever read.

It may have been a priceless addition to the world of literature.

And that’s what intrigues us most.

Did the thief realize what was inside the suitcase?

Or did he just want the suitcase?

And what did he do to the stacks of paper he found inside?

The lost book remains one of the great mysteries of literature.