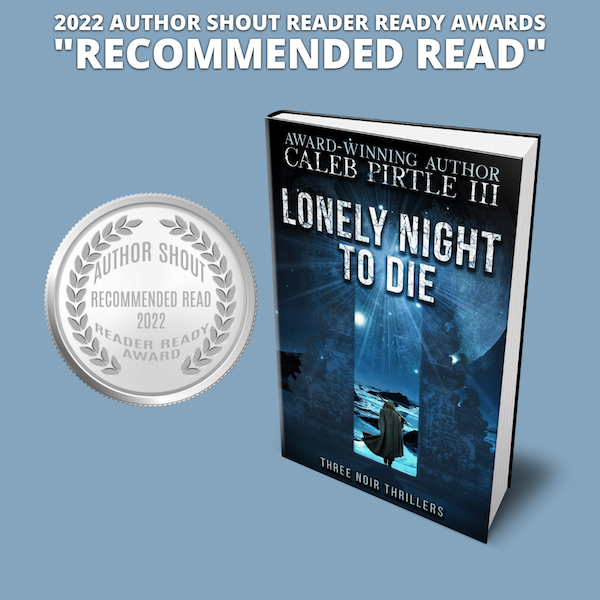 Author Shout has honored my thriller, Lonely Night to Die, with a 2022 Recommended Reading Award.

He awakens on a park bench in town he’s never seen before.

How did he get there?

Who is the beautiful girl on the bench beside him?

But she’s quite dead, and he has no idea who killed her.

But he’ll find out if it’s the last thing he ever does.

For Roland Sand, it’s a journey to a dark, mysterious place from which there is no escape.

It hits you with the impact of a pistol shot.