The literary world of Special Forces 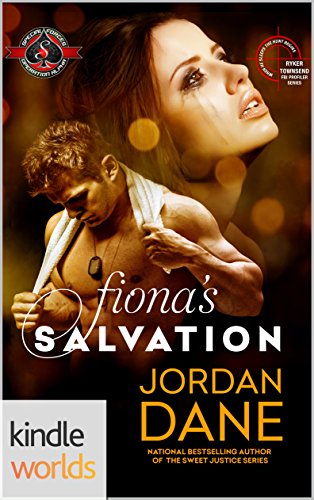 From a single idea comes a myriad of outstanding novels produced by top-of-the-line writers.

Kindle Worlds is a fascinating concept.

A best selling author like Susan Stoker builds a special world for her novels and populates it with a band of strong and unforgettable characters.

Then she asks other authors to write their own romantic thrillers using at least one of her characters in their storylines.

I was fortunate enough to be asked to participate in the November releases of Susan’s Special Forces: Operation Alpha line of novels.

From a single idea comes a myriad of outstanding novels produced by top-of-the-line writers. I am proud to showcase a few of the November releases here. Others will follow.

If you’re not familiar with Kindle World of Susan Stoker, you should be.

After Fiona Storm nearly lost her life in a Mexican jungle at the hands of human traffickers, she discovers the ordeal left her with a damaged psyche and her therapist fears Fiona has blocked her worst memories. Not even her loving Navy SEAL husband, Hunter ‘Cookie’ Knox, can get her to open up. The man who rescued her from certain death in Mexico fears she’s beyond his reach, but Fiona’s fragile life is about to shatter.

When an eighteen-wheeler is abandoned in San Antonio in the sweltering heat, police make a gruesome discovery. Nine dead Hispanic men, women and children are found among countless others, barely alive. Before a young captive is admitted to ICU, she begs for authorities to find an American—Fiona Storm.

FBI agent Ryker Townsend investigates and hopes to uncover a lead on a faceless cartel boss known only as El Chacal. After the critically ill, kidnapped girl shares a story of tragic sacrifice about an American, Ryker and his team follow the lead to Fiona’s doorstep. She’s the only witness who can identify the diabolical crime boss, but she’s blocked the terror from her mind—along with the truth of what really happened to her. With Hunter on a high stakes mission that puts his entire SEAL team in danger, Fiona is alone to face the wrath of a man who destroyed her life—only this time El Chacal wants her dead. 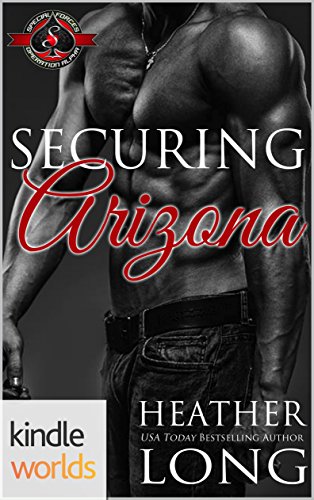 James “Mickey” MacBride retired from the teams with a solid record of mission accomplished. Now at odds and ends, he accepts the request of his retired Petty Officer grandfather. They want to gather the children of the USS Arizona—the descendants of the 355 survivors—for a special event. No problem, how hard can finding one woman named Arizona Kensington be?

Ari King has been on the run for over a year. No matter where she goes, her stalker finds her. She’s changed her name, her hair color, and even gave up the job she loved. When Mickey walks into the restaurant and asks for her by the name she surrendered, she takes his order then leaves via the back door, running for her life. Only she can’t shake him.

Securing Arizona was supposed to be a favor, but Mickey soon discovers it’s the mission of his life, and the men after her will have to go through this SEAL to get her. 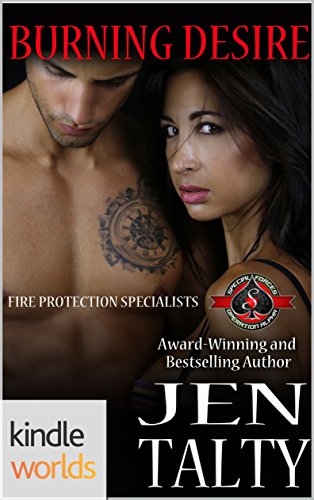 Crew Chief Alec Charles Enders AKA Ace has two passions: Serving his country and putting out fires. As an Air Forces Fire Protection Specialist, Ace has seen his fair share of infernos from fires in the sky, to chemical buildings, and even forest fires. While running into a burning building is no big deal for him, he dreads the call. He understands the devastation and destruction fires can cause, not to mention the loss of life as he lost his first girlfriend to a fire while in high school.

His job is get people out of the fire and contain it at the same time. So, when he watches a car crash unfold while on leave, he jumps into action. He’s prepared to do what it takes to save the young women in the car…

And protect his heart from the burning desire she awakes in his soul.

While heading home to help her mother with a legal problem, Lexi Aberdean is T-Boned and her car bursts into flames. Lucky for her, a good Samaritan saves her life and now all she wants to do is find a way to repay him. Only, he wants nothing to do with her. That is until a series of unexplained events, including a fire, makes Lexi believe the accident was no accident at all. 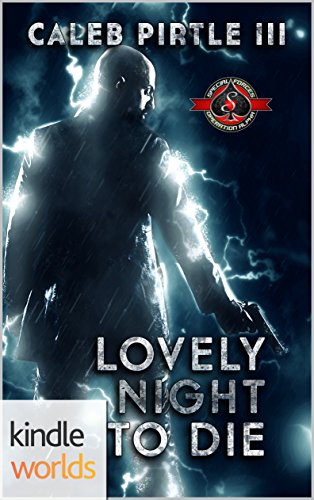 At Midway Airport, Sand awaits the arrival of Air Force One. The President comes down the steps, and Sand sees Eleanor in the greeting committee. He is told, “Kiill the President or we kill the lady.” He has only a second to make up his mind. And Hurt knows, if necessary, he must kill Sand to save the President.