The literary language of hard-boiled detectives 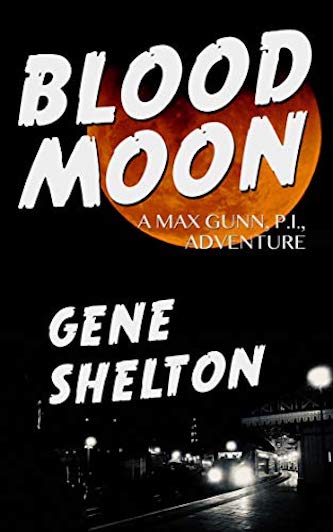 Chandler, Hammett, Spillane, and MacDonald would be proud. Their work is no forgotten.

I have long loved the hard-boiled detective.

He lived in an earlier time.

He fell in and out of love with every femme fatale who winked his way.

Most were glad to see him go.

And he wasn’t afraid to use his gun.

His motto was simple and straightforward: “I never kill a man who doesn’t need killing.”

The novels were called pulp fiction.

They had an edge.

But they had a literary quality.

And the language of the hard-boiled detective’s inner dialogue was brilliant.

I miss them no longer.

I have found an author who reverently takes his rightful place alongside their literary works.

He once wrote westerns.

But his voice in Blood Moon harkens back to the good old days of pulp fiction.

My gut told me this chick was trouble in a slinky red dress.

Maybe it was the melancholy wail of the alto sax I heard even though my ratty second-floor office wasn’t big enough for a horn player. Or maybe it was the howitzer blast of thunder and the near-constant lightning flashes and dimmed the sputtering neon sign on the strip joint across the street, barely visible through the dingy, smoke-stained glass of my one window. It always stormed when I was about to get a client who spelled danger.

Throughout the novel, his lines are unforgettable:

Pulp fiction never had it so good.

Chandler, Hammett, Spillane, and MacDonald would be proud.

Their work is no forgotten.