I GREW UP in a world occupied by storytellers. Their stories were better than books. Their stories became books. After all, life is just one story piled on top of another.

I would sit in the back of Mr. Wyche’s Country Store while men played dominoes, or at least talked about playing dominoes, and traveled the forgotten roads of their memories.

“Didn’t know he was going anywhere.”

“Why do you think he’s leaving?”

I stood on the front steps of an underpass in Leverett’s Chapel where we all had gathered when the big storms came rampaging through East Texas. It was a time of tornadoes.

Our world was thick with oil derricks. The winds weren’t always kind to them.

So we went underground to watch the lightning strike the oil fields and hear thunder growl in a distance sky, and the men told stories.

In those days, storytellers did not know they were telling stories. They were simply carrying on a conversation. I never outgrew their stories. Nor did I ever stop listening to conversations by the side of the road.

The voices stay with me. So do the stories they have told me.

The voices may come from down the road, at the counter of a diner, on the bar stool in a beer joint, sitting in the front yard of a mountain cabin, along a stretch of spun-sugar sand, back in the darkness of a pine thicket, amidst the downtown traffic jam of a city at sundown, or from the faint memories of a distant past.

Everyone who crosses my path when I travel has a story to tell. It may be personal. It may be something that happened last week or the year before. It may have been handed down for more than a single generation.

Mountains fade into the distance. Beaches are timeless. The tides come and they go, but once they have gone, they are gone forever. The city is an abstract sculpture of steel and glass, but so is the next one, and the next one. The cities, in reality, are only small town separated by sidewalks instead of city limit signs.

The winner of a beauty pageant whose talent was standing on her head with a mouthful of pennies, humming John Philip Sousa’s Stars and Stripes Forever.

The old rancher who bought the entire town of Luckenbach so he could keep the beer joint open and have a cold beer anytime he wanted one, day or night.

The old man who camps beside the cemetery so he won’t have to leave his wife.

The beachcomber who came to Padre Island to die after World War I. His lungs had been ruined in a mustard gas attack. Sixty years had passed. He was still combing the beaches.

The cowboy artists who told me he didn’t want some critic criticizing his art until he had worked the hind end of a cow at branding time.

The drunk who crawled out of a wrecked car in the middle of the night. He staggered to the edge of the freeway, looked at the blue and red lights on the police car casting strange beads of neon light down the concrete, turned to the officer, and said, “Hell, you’re creating a bigger disturbance than I am.”

The miles are endless. So are the stories. I find them most when I listen to other voices while traveling to other towns. 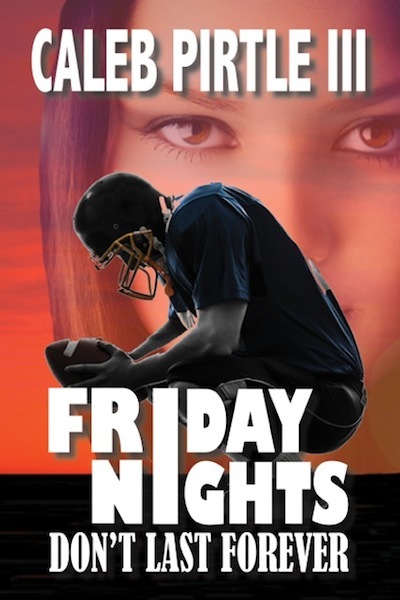