A Letter from D-Day for My Johnny 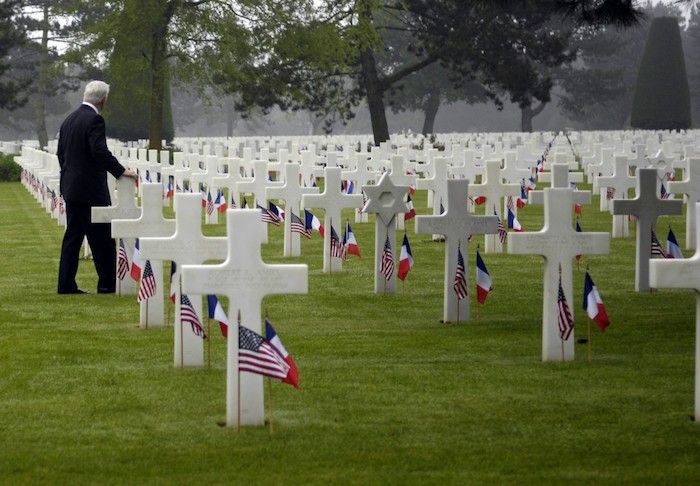 A 75th Anniversary honor of and remembrance of those there on D-Day, June 6, 1944. Especially those still there.

Beatrice, steadied by her hand-carved cane, slowly took the last steps toward her and My Johnny’s park bench there in a quiet corner of Melton Country Park, there beneath the ages-old Yew with its spreading, comforting, protective limbs.

She sat on the bench, now made of metal again. The bench had been metal when she and My Johnny last sat there, in the spring of 1944. But with the war claiming so much, the bench — like other benches and metal fences, indeed, anything made of metal that could be salvaged, sacrificed — had been collected across England, had been melted, shaped into weapons and anything else helpful to the war effort.

A wooden bench had replaced it and it would be there for decades, until a few years ago when a new, metal bench was again there beneath the spreading Yew.

Beatrice rested a few minutes, looking out in the general direction of the English Channel and beyond. Beyond to what she believed to be Normandy and specifically Gold Beach, where she believed Johnny – whom she fondly called My Johnny almost from the instant she met him — to have gone with thousands of other Brit lads.

Never to come back.

When she was still in her teens and then well beyond, Beatrice could walk here to the park bench from Melton Mowbray, Leicestershire, where she worked in the bakery, three blocks from the cottage that belonged to her mother before she passed.

The town centre information center claimed it was a mere ten-minute walk to the park and, indeed, Beatrice for years prided herself in being able to walk it in less time than that.

But no more. The years were taking their toll.

Beatrice came here each D-Day. Each June 6. Just as she had since her teen years.

She came here to sit on the park bench beneath the Yew. To remember My Johnny.

To write her letter in pencil to My Johnny.

Here to talk not so much about his upcoming departure to The War – that was too difficult, almost impossible, to contemplate, to do — but instead to more optimistically talk of what they would do after the war.

Their own cottage on the edge of the quiet village. Her very own bakery. His very own green grocery. Children for the both of them.

That time together on the park bench beneath the Yew was gone in seeming seconds, though it remained vivid with Beatrice across the decades, right up until this very moment.

My Johnny had gone back to his barracks and then off to “something big,” as he put it and as rumors had it, though he did not know and could not tell her what.

In time she would piece together the story that it must have been the massive, 156,000-troop Allied amphibious D-Day landing. Surely My Johnny had gone there with more than 60,000 other British troops.

Apparently to Gold Beach, where many of the Brit troops had landed, as one lad – shattered of body, shattered of mind — who eventually made it back from the place of “something big” had guessed My Johnny had gone, though he was not certain.

After My Johnny had gone from the park bench in that spring of 1944, Beatrice had returned to live in her mother’s house. And to work in the bakery, until the rationed ingredients needed to bake the sweets and the breads – flour, eggs, sugar, butter and more – were in such short supply that Mrs. Butler, who owned the bakery, had to close the business “for the duration” and dismiss her “girls” who helped with the baking.

Beatrice at first filled the lonely, endless hours by volunteering in the air raid shelters, plus making pillows for villagers often forced into those shelters. She also knitted sweaters for youngsters who came to the shelters and needed them to fight the chill. The sweaters also seemed to help the frightened children – some of them, anyhow – stop crying.

Eventually, Beatrice decided she could do more to help the war effort, so she joined the Army Land Ladies and went off to a farm in the countryside to work with other women in growing fruits and vegetables and raising pigs and chickens to help feed the country, since so much of the food England needed had to come by ship. And since so many of the food-laden ships were being sunk by German U-boats, at times sending some of England to near starvation.

It was also at the farm that Beatrice lost Little Johnny. Before My Johnny shipped out, the couple had married at the town clerk’s office, then taken the train to Brighton on the coast for a weekend. For a pound, they stayed in a bed and breakfast, not easy to afford on My Johnny’s 21 shillings per week Army pay, though when they checked out Miss Sally, who owned the B&B, had surprised and delighted them by, over the last cup of tea, telling them, “no charge.”

No charge for “my Brit Boys going off to war,” as Miss Sally put it.

The couple wanted to conceive on that weekend stay, leave Beatrice with a Little Johnny, as My Johnny put it.

Neither could bring themselves to complete the thought:

Just in case My Johnny did not make it back.

They had achieved their goal. Beatrice was pregnant. But at the farm, she miscarried. No Little Johnny.

After the war, Mrs. Butler re-opened the bakery and Beatrice got her job back.

But not My Johnny.

He did not return.

So Beatrice would live in her late mother’s house, wake well before dawn, walk to Mrs. Butler’s bakery – which, when Mrs. Butler died, was run by her daughter – and help bake meat pies and a half dozen kinds of breads and biscuits and scones and tarts.

Bake them, once again, with real butter and real sugar, not the substitutes of various oils and sweeteners made from vegetables and such that the ration days of the war dictated they do.

She would stay at the bakery about a dozen hours a day, for those there – employees and customers – were her family now.  Then she would go home, read the newspaper, listen to the BBC News on the radio, knit sweaters for children at the orphans’ homes, eat some soup, maybe have a biscuit from the bakery with her tea. Her hot and sweet tea.

And remember, wonder about My Johnny.

Each year, the bakery owner would know to schedule Beatrice for a day off on June 6.

Because on D-Day, Beatrice would go to the park, taking her letter writing box of paper and pencils and carbon paper and stamps.

And a pork pie and bit of Stilton Cheese for lunch.

She would sit on the bench beneath the Yew and write to My Johnny – just as she had done on so many, many D-Days before, telling him of family and friends and life at the bakery and in the village.

She would use the carbon paper to make a copy of it, a copy for her to keep.

Beatrice would fold the original letter, put it in an envelope, stamp it, address it to My Johnny, using the same military address for him she had always used.

She would not put a return address on the envelope.

She did not want the letter to come back.

On the back of the envelope, in pencil – as she had done for lo’ those many D-Days — Beatrice would write:

She would sit there on the bench beneath the Yew a while longer, in solitude, remembering, cherishing the time she had had with him before he went away, looking out through her imagination across the English Channel, toward Normandy.

She could not see them, of course.

And yet she could.

As the sun began to finish its work for the day, Beatrice would walk from the park – more slowly than in years past, the hand-carved cane supporting her, making a mental note to take Ray’s Taxi to the park next D-Day — to the red, Royal Mail letter box on the metal post in town centre, drop the letter to My Johnny inside.

Then lovingly, gently, even understandably Beatrice would repeatedly pat the top of the letter box.

It was as if she were patting My Johnny himself.

And surely she was.

Roger Summers is the author of The Ladies in The Pink Hats and My Johnny. Please click HERE to find the book on Amazon. 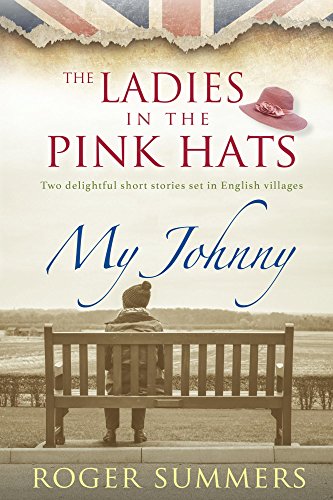