What does legendary author Cormac McCarthy say about writing? 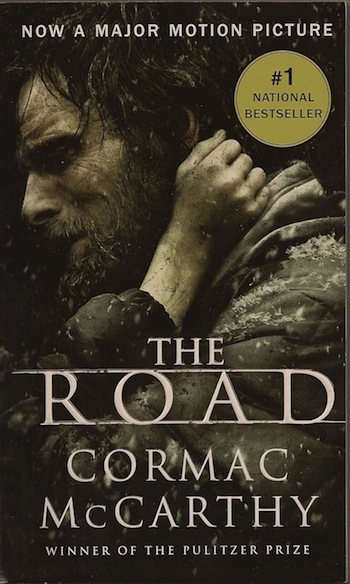 McCarthy brings an almost biblical fury as he bears witness to signs man was never meant to see.

Janet Maslin wrote in The New York Times about Cormac McCarthy’s The Road, which won a Pulitzer Prize: “A boy and his father lurch across the cold wretched, wet, corpse-strewn, ashen landscape of a post–apocalyptic world.

“The imagery is brutal even by Cormac McCarthy’s high standard for despair. This parable is also trenchant and terrifying, written with stripped-down urgency and fueled by the force of a universal nightmare . . . Mr. McCarthy brings an almost biblical fury as he bears witness to signs man was never meant to see.”

To know Cormac McCarthy is to read his words, especially from The Road:

The words, the thoughts, the insights on the rhythms of life are lyrical and poetic and haunting.

Cormac McCarthy, however, is a loner, a self-imposed outcast in his own profession. He never shows up at book festivals, signings, or readings.

He says he doesn’t know any other writers and prefers to hang out with smart people like thinkers and scientists and professional poker players.

He doesn’t believe that long books are marketable anymore, saying: “The indulgent 800-page books that were written a hundred years ago are just not going to be written anymore, and people need to get used to it. If you think you’re going to write something like The Brothers Kaaramazov or Moby Dick, go ahead. Nobody will read it. I don’t’ care how good it is or smart the readers are. Their intentions, their brains are different.”

Yet McCarthy has no interest in writing short stories, pointing out: “Anything that doesn’t take years of your life and drive you to suicide hardly seems worth doing