What should you know when writing a mystery? 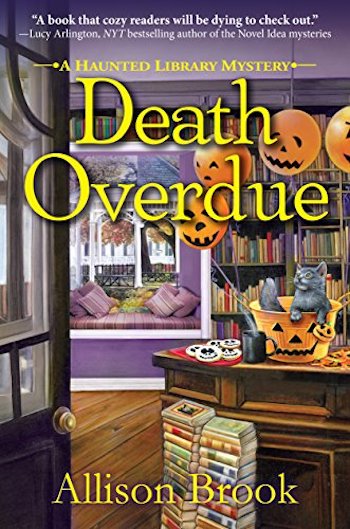 Each mystery should include a theme that reflects the concerns of your sleuth, the village or the outside world.

When you sit down to write a mystery, these are the twelve things I believe you should remember always.

Carrie Singleton is just about done with Clover Ridge, Connecticut until she’s offered a job as the head of programs and events at the spooky local library, complete with its own librarian ghost. Her first major event is a program presented by a retired homicide detective, Al Buckley, who claims he knows who murdered Laura Foster, a much-loved part-time library aide who was bludgeoned to death fifteen years earlier. As he invites members of the audience to share stories about Laura, he suddenly keels over and dies.

The medical examiner reveals that poison is what did him in and Carrie feels responsible for having surged forward with the program despite pushback from her director. Driven by guilt, Carrie’s determined to discover who murdered the detective, convinced it’s the same man who killed Laura all those years ago. Luckily for Carrie, she has a friendly, knowledgeable ghost by her side. But as she questions the shadows surrounding Laura’s case, disturbing secrets come to light and with each step Carrie takes, she gets closer to ending up like Al.

Now it’s due or die for Carrie in Death Overdue the delightful first in a new cozy series by Marilyn Levinson, writing as Allison Brook.