Kimberly Fish: One of the Top 50 Indie Writers You Should Be Reading 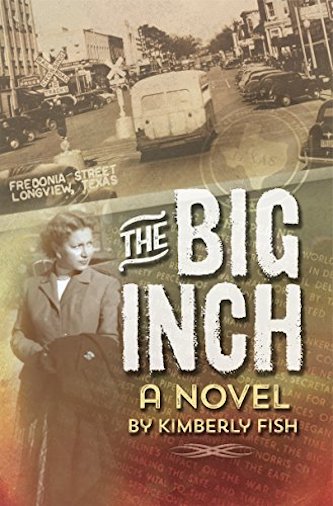 Novels based on fact that touch the past and understand the impact of a world war on the home front.

Kimberly Fish has been a professional writer for almost thirty years and took on the role of novelist when she researched a historical event that was too good to not be retold for a modern audience.

With the success of her debut, WWII historical fiction novel, The Big Inch, Kimberly continues that research into amazing stories from the American Homefront during World War II with a follow up novel set among the halls of a US Army hospital treating war wounded.

Her novel set in the Texas Hill Country (gotta love those old German farmhouses with stories to tell) won the 2018 Best Historical Romance from Texas Authors.

She lives in East Texas with her husband and a cat–who is well past the promised 9th.

Lane Mercer, sent to Longview, Texas, in July, 1942, is part of a select group of women working undercover for the fledgling federal agency, the Office of Strategic Services.

Assigned to protect the man carrying out President Roosevelt’s initiative to build the nation’s first overland pipeline to hurry East Texas crude to the troops, she discovers there’s more to Longview than the dossiers implied.

There’s intrigue, mayhem, and danger. Shamed from a botched OSS mission in France, Lane struggles to fulfill her mission and keep from drowning in guilt. Getting involved in local life is out of the question.

Between family, do-gooders, and Nazi threats, she’s knitted into a series of events that unravel all of her carefully constructed plans, revealing that sometimes the life one has to save, is one’s own. 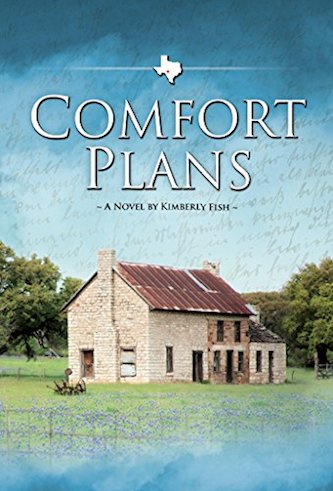 Colette Sheridan is being remodeled. As a San Antonio architect, she’d have vowed her career was to investigate the history and create new functions for the structures everyone else saw as eyesores.

The old German farmhouse in Comfort, Texas, might be the screeching end of that dream job. The assignment seemed so ideal at the start; generous clients, a stunning location, and a pocketful of letters that were surely meant to explain the ranch’s story.

All that goodness crashed louder than a pile of two-by-fours when her grandfather announced he’d lured Colette’s ex-husband back to San Antonio to take over the family architecture firm.

Now, not only does Colette have to endure the challenges posed by Beau Jefferson, the client’s handpicked contractor, a house that resists efforts to be modernized, and letters that may hold the secret to buried treasure, but she also has to decide if she has the courage to fight for her future. 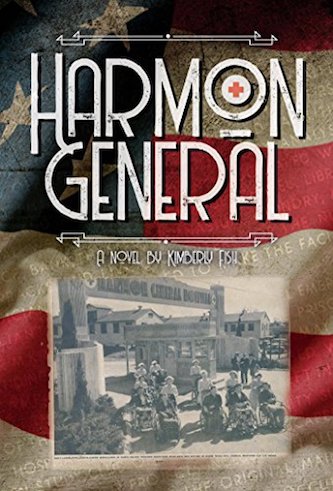 In 1943, Lane Mercer and Emmie Tesco had nothing in common. Well, nothing stronger than a town neither of them chose and careers they couldn’t advertise as agents within the Office of Strategic Services.

During the days of Longview, Texas’ Friendly Trek Homecoming Parade, Lane was gearing up for the grand opening of a bookshop that also disguised an espionage safe house, and Emmie was chasing a criminal with evil intent through the US Army’s new medical facility treating diseased and amputated soldiers, Harmon General Hospital.

Emmie ropes Lane into international threats at Harmon General, making it increasingly hard for the two spies to navigate the Junior Service League, church life, or anything else that might be considered normal for a town sizzling with oil boom wealth. A friend from Lane’s past arrives and pushes against the fiction she’s created to distance her spy history from the wedding bells ringing her future.

Emmie flirts with the idea of finding a life outside of the OSS but justifies the danger as a way to make amends for those she’s betrayed. Connecting the two women, to their surprise, is a rogue agent who targets them for crimes he believes they created.

For better, or worse, they have to put aside their differences to share responsibility for stopping “The Grasshopper” before he blows apart the Big Inch Pipeline project, and Harmon General Hospital.

The hope of malaria treatments for US soldiers depends on it, and justice of the heart demands it.