Ken Fry: One of the Top 50 Indie Writers You Need To Be Reading 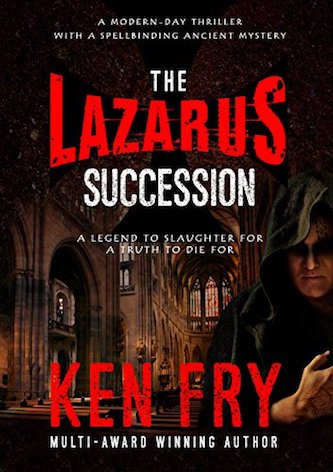 Review: Ken Fry knows how to keep the reader’s attention and trigger their emotional response.

Bestselling, and multi-award winning British author, Ken Fry, holds a university Master’s Degree in Literature and has traveled around the world. The places and events are reflected in his stories and most of his tales are based on his own experiences.

He has extensive knowledge of the Art world, acquired while working as a publisher in a major UK publishing house — a wholly owned subsidiary of the HEARST Corp of the USA. In his thirteen years with the company, he worked within the Fine Arts and Antiques division of the organisation and controlled four major international titles.

He is now retired and devotes his full time to writing. He lives in the UK and shares his home with ‘Dickens’ his Shetland Sheepdog.

Fry has published ten mystery suspense thrillers to date: The Lazarus Continuum, The Chronicles of Aveline, Disjointed Tales: A Collection of Eccentric Short Stories, The Patmos Enigma, Red Ground, The Lazarus Succession, Suicide Seeds, The Brodsky Affair, and 2 short stories, Check Mate, and Is That You, Jim? (Free)

The Patmos Enigma and The Lazarus Succession are consistent Bestsellers in Christian Fantasy, Religious Mystery, Religious Fiction and Biblical Fiction on Amazon UK.

According to legend, Annas Zevi, an artist who witnessed the raising of Lazarus, was told by Christ to paint what he saw. Since then, a sacred line of artists had been chosen in an unbroken succession. Each one painting a depiction of the miracle. Each work vanishing until the next successor is appointed. They were rumoured to be sacred icons with miraculous powers.

Throgmorton’s client, a wealthy Spanish Condesa, is terminally ill and the icon is her last hope. She will pay and do whatever it takes to find the missing work of Cortez.

Unbeknown to the Condesa, Throgmorton seeks to make a vast personal fortune from the discovery of the paintings, and use it to reclaim his place in society.

Brodie and Ulla learns of Throgmorton’s deceit and attempts to thwart his plans. As they delve deeper into the mystery of the missing Cortez painting, they discover a secret that changes their lives forever.

Just as it changed the lives of everyone it touched across the centuries. 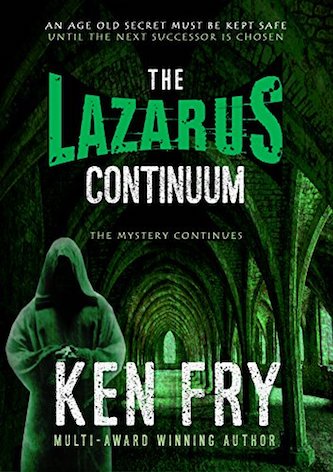 It’s been seventeen years since Brother Baez, formerly Broderick Ladro, entered the monastery to fulfill his legacy, turning his back on all earthly affairs. His strange visions and doubts have steadily increased through the years and he goes on a desert retreat to make sense of it all.

Brodie’s painting, The Raising of Lazarus, is endowed with the power to heal. A secret that must be guarded, as it has been since the first was painted thousands of years ago by Annas Zevi who witnessed the miraculous event.

Brodie senses that a new artist is being summoned. But who?

The players are being brought together once again to protect an ancient, unbroken legacy.

Martha, Ulla’s daughter, the daughter Brodie has never seen or met, is experiencing the same visions. An unknown hand seems determined that father and daughter should meet.

Amidst a series of baffling revelations, the action moves across the USA, UK, Spain, Israel and Cyprus.
A pastor and an incredibly wealthy Las Vegas casino owner knows the secret and are hell-bent on stealing the miraculous painting for wealth and power.

Unless Brodie, his daughter, Martha, and their close friends succeed in keeping the Lazarus legacy alive and the succession unbroken, a powerful secret will fall on evil hands. 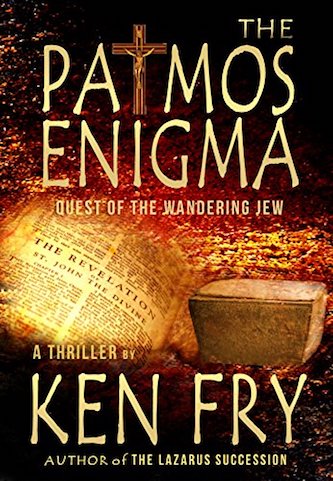 Archaeologist Joshua Agar makes a stunning discovery when on one of his excavation sites, they unearth an ancient ossuary, untouched since the day it was buried. Evidence and analysis reveal that the contents of the find appear to be the six of the Seven Seals mentioned in the Bible’s Book of Revelation.

The Seventh is missing.

Meanwhile, a mysterious man has been walking the Earth for millennia. He waits… amassing knowledge and power, seeking to bring about the one event that would release him from his endless existence. With the discovery in Tel Aviv, his waiting might soon be over.

Through dusty caves, ancient churches, and even within the most secretive vault on earth, the archaeologists search for clues to the possible resting place of the missing seal. As scientists, they perceive their discovery as a historical relic and not a religious find. But with the forces aroused by the unearthing of the artefact, they start to question if there is indeed truth to the legend.

The Patmos Enigma will take you on a journey of wonders and thrills as it hurtles from dark truths to enlightening revelations as the war between science and mysticism commences. 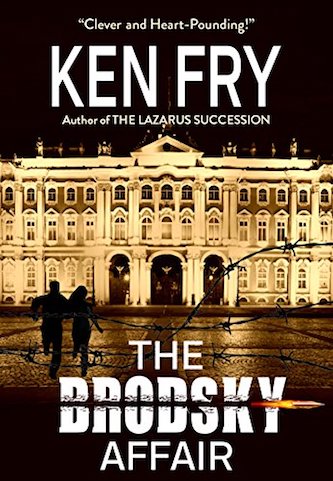 Jack Manton, an art dealer, and his partner, Tamsin Greene, did not expect to be targets of assassination attempts. But, when they begin to track down the lost paintings of Russian artist, Mikhail Brodsky, now worth millions… that is what happened.

Berezin, a partially disabled, entrepreneurial Russian criminal, murderer and art thief, employs a deadly and vicious ex-Soviet agent to follow Manton and use whatever means necessary to steal what he finds.

The chase moves from Australia to UK, to Russia and France, as Interpol attempts to unravel a complex trail of murders and art thefts.

Jack Manton faces a perilous path of murder and deceit, before Brodsky’s last unfinished work is revealed, and its destiny decided at a final confrontation.