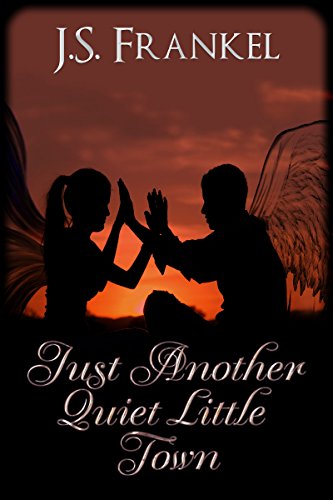 Gabe awakens to a world gone mad with most of the town missing and those left undergoing radical physical changes with no explanation.

City dweller Gabe Common, seventeen and a high school dropout, has just moved with his mother to Chumsville, South Dakota, a speck in the eye of humanity. With a population of around three hundred people, Gabe is resigned to spending his summer studying online and watching the wheat grow.

It all changes when he wakes up one morning and finds most of Chumsville’s population gone, including his mother. Along with the other survivors, he finds that an impenetrable barrier has surrounded the town which allows people to enter but not leave. To make matters even stranger, he finds wings growing from his body, and the other residents exhibit changes as well, some of them interesting and many of them frightening.

Soon the Changed, as Gabe comes to call them, are met by the FBI, and they are just as bewildered as everyone else is. Tensions mount as the heat rises, harsh words are exchanged, and sides are drawn. Once Gabe discovers the reason for their transformation, he has to deal with another matter—the darkness of the human heart. It is only then that he learns what it is to confront evil and face it down, even if it might cost him his life.

When seventeen-year-old Gabe Common and his mother moved to Chumsville, to Gabe it’s just another in a long line of constant moves his alcoholic mother is always making and he’s not happy about it, and who can blame him. He tries to communicate his feelings to his mother, but as usual, he can’t get through to her.

Then one morning something very different happens in Chumsville, and it keeps getting weirder. First, there are the disappearances, and then the really baffling changes begin happening to the residents–including Gabe and his new girlfriend, Millie.

Gabe and Millie’s changes are pretty nice, but some of the residents have changes that aren’t so pleasant and even downright evil.

In addition, there’s a barrier preventing any of them from leaving. Trapped in Chumsville, along with some agents from the FBI, they find themselves dealing with the mystery of the disappearances and the continuing changes as well as a growing evil that will eventually have to be confronted in a battle they may not be able to survive!

I found this book an absolute delight to read, very imaginative–lots of fantasy/sci-fi involved that would please just about any age reader.

Gabe never stayed in one place long enough for him to feel part of a community or even make friends until he and his mother moved to Chumsville. Their last move started out like all of the others leaving Gabe alone with an absentee mother. Chumsville may be a back-of-the-water small town, but what happened next changed the town forever.

After his mother volunteered Gabe to clean the cemetery early one morning, Gabe meets Millie, a girl, and for the first time he thinks things would be different until his mother tells him they will be moving soon, but things don’t quite work out the way she planned it.

Gabe awakens to a world gone mad with most of the town missing and those left undergoing radical physical changes with no explanation. Between being cut off from the outside world by an invisible barrier to radical changes in some of the townspeople that could place all of their lives in danger.

The FBI arrived after they were called to find the crazy situation before they realized that they were as trapped as everyone else. Gabe went from being an outsider to not only joining with the Changed, but being their spokesman. Gabe and Millie were drawn together to learn that they had more in common than they ever imagined.

It was astonishing to experience how the members of the town adapted to what was happening to them and somehow maintained their humanity except for the few people who used their new abilities for their own gain.

This fast-paced story with its many plot twists and surprises kept me enthralled until the very end.