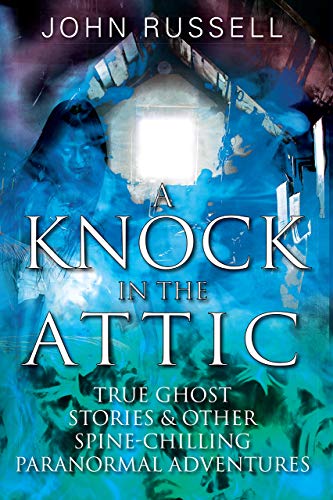 Explore the ghost-hunting mind of paranormal investigator John Russell on an archived edition of the Meet the Author Podcast at Indie Book Source, hosted by Rob and Joan Carter.

John Russell has been a professional psychic for fifty years.

He is a Psychic/Psychic Reader, a Medium, a Certified T.A.R.O.T. Master, and a Paranormal Investigator. He is now a published author. Internationally known, who has provided psychic readings for clients in over forty countries.

For over 15 years he has been a popular featured guest, heard worldwide, on many radio shows and podcasts, including Coast to Coast AM with George Noory, The Unexplained with Howard Hughes (UK); Beyond Reality with JV Johnson, The Leak Project with Rex Bear, FATE Magazine Radio with Kat Hobson, Beyond the Darkness with David Schrader of TV’s The Holzer Files, The Singularity Lab with Michael Mataluni, and many more.

John also filmed a TV pilot for The History Channel in which he psychically explored the assassination of President Abraham Lincoln.

Thanks to a visit from a ghost, John became aware of his psychic abilities when he was about six years old. By around age twelve, he was conducting his own paranormal investigations and research. He began to give readings to friends and family in his early teens, and by the age of eighteen, he was reading professionally.

In September of 2020, John released his first book, Riding with Ghosts, Angels, and the Spirits of the Dead, which has become an award-winning multicategory bestseller, winning a Silver Award from the Non Fiction Authors Association as well as a Bronze Medal from the Readers’ Favorite International Book Awards Contest.

In February of 2021, John released his second book, A Knock in the Attic, which has also become an award-winning multicategory bestseller, winning a Gold Award from the Non Fiction Authors Association.

John continues to provide psychic readings for his worldwide clientele, conducts paranormal research and investigations, is heard worldwide as a featured guest on podcasts and radio, and is currently working on his third book with a projected release date of 2022.

A Knock in the Attic
When I was five years old I was awakened by an intrusive ghost who not only scared the wits out of me but who also opened up a portal that activated my psychic gifts and allowed a never-ending parade of paranormal manifestations to occur in my life.

A Knock in the Attic is my story, not only about my psychic awakening and the abundance of mind-blowing otherworldly confrontations I’ve experienced but also about the life lessons those many supernatural encounters have taught me.  I’ve learned that our loved ones who have crossed over, as well as our beloved deceased pets, can give us convincing proofs that life continues after death, sometimes even returning to visit us…in the flesh!

I’ve discovered that Guardian Angels are indeed real, having been protected from certain death many times by their loving and watchful power.  I developed healing abilities that greatly benefitted others and yet left me confounded by my own incapability when it came to dealing with my serious personal health issues.

I’ve seen bizarre doppelgängers; experienced continual ghostly activity of an unbelievable and incredible nature; had spirits steal things from me and also bring me gifts, and lived through many more circumstances that will boggle your mind and challenge your perceptions about the psychic and spiritual realms.

I’ll tell you what it was like to meet Uri Geller, to film a TV pilot for The History Channel, and give you a behind-the-scenes look at some paranormal investigations I conducted that revealed incredible facts.  I will also describe my own “UFO encounter” at the Roswell UFO Museum.

In spite of this exceedingly close contact with the realm of Spirit – or maybe because of it –somewhere along the way I lost my faith and gave up on myself, my psychic gifts, and the beings on the Other Side; but they didn’t give up on me, and that’s why I’m still here to tell you my story.

Now I’m happy to share these amazing events with you, wishing that you will find inspiration, insight, encouragement, laughter, hope, and maybe even a renewed faith of your own.  You may have more than a few spine-tingling moments as you join me to experience these astonishing true stories of the unknown. 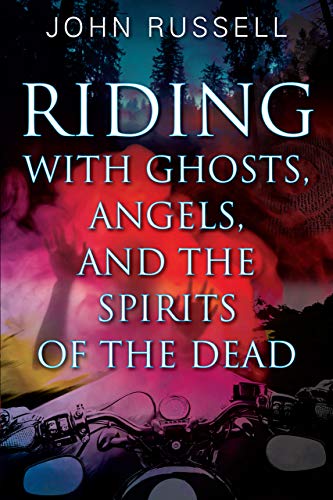 Riding with Ghosts, Angels, and the Spirits of the Dead

Are ghosts attracted to motorcycles?

I’ll bring you along with me on a magical ride as I travel thousands of miles off the beaten path to explore the paranormal from the seat of a motorcycle.

Imagine if everywhere you roamed ghosts, angels, and the spirits of the dead came to greet you, communicating intriguing messages to you and providing you with an incredible array of otherworldly manifestations.

As a paranormal investigator, I’ve experienced over 1,000 physical supernatural manifestations, and I’ll share some of those incredible experiences with you in my first book:  Riding with Ghosts, Angels, and the Spirits of the Dead.

Such as:  what if you tried to call a friend…and instead may have made a phone call to a ghost?

Join me on a ride to a prominent Civil War battlefield where an exciting paranormal investigation left me shell-shocked.

We’ll ride together to a state park and take a deadly hike of several miles as I experience a lifesaving encounter with a ghostly owl and a Native American Indian Spirit in a haunted forest.

Enjoy the book that Uri Geller said, “is an incredible supernatural journey that will mesmerize your soul.”