John Dolan: One of the Top Ten Crime Thriller Writers You Need To Be Reading

He makes a living by traveling, talking a lot and sometimes writing stuff down.

John Dolan hails from a small town in the North-East of England.

Before turning to writing, his career encompassed law and finance. He has run businesses in Europe, South and Central America, Africa and Asia. He and his wife Fiona currently divide their time between Thailand and the UK.

He makes a living by travelling, talking a lot and sometimes writing stuff down. Galericulate author, polymath and occasional smarty-pants.

‘He opens a drawer of his desk, casually takes out a pistol, flicks off the safety catch and points it at my head.
He says almost sorrowfully, “Do you imagine me to be a gangster, Mr Braddock?”‘

It is January 2005, and the charred remains of two Europeans have been discovered on the Thai island of Samui.
Local Police Chief Charoenkul, sidelined by his superiors, enlists the reluctant David Braddock, a burnt-out private detective, to assist in an ‘unofficial’ investigation.

But Braddock has problems of his own, including an affair with the same Police Chief’s wife …

Peppered with irreverent humour and some pithy comments on everyday life in the Land of Smiles, Everyone Burns is much more than a crime novel. It is also a carefully-crafted psychological study of an anti-hero for our time. 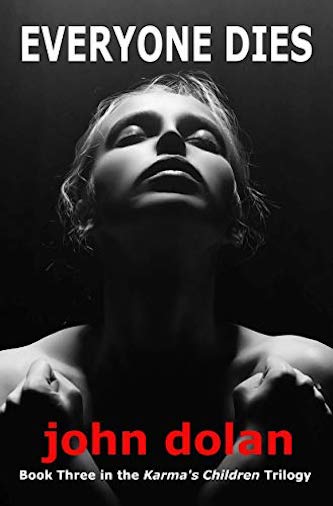 “An obsession with revenge might not be great for your mental health, but at least it’s calorie-free.”

Private detective David Braddock is holed-up on the Thai island of Samui plotting the death of Grigory Polzin, the Russian oligarch who ordered the killing of his daughter.

Embittered and descending rapidly into alcoholism, the Englishman must find a way to exact his retribution before he completely falls apart.

Fate, however, has one final lesson for David Braddock: the dead don’t always stay dead.

“It’s not always easy to tell the good guys from the bad guys. And sometimes, there are no good guys.”

Four men scattered across the globe. . .

And one seeks revenge.

A wind is howling around the skyscrapers of New York, through the battlefields of Iraq, and into the bustling streets of Bangkok.

It carries with it the fates of these four men: men bound together by chance and history.

Which of them – if any – will survive the tempest? 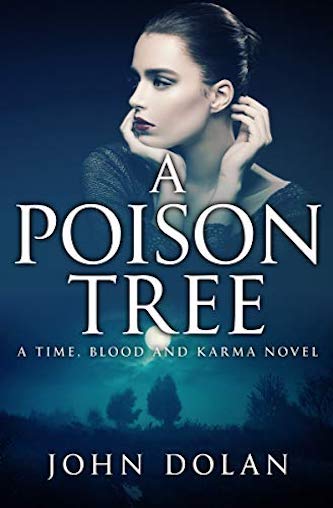 “You kill my wife and I’ll kill yours.” You must admit, as a proposition, it has an alluring symmetry to it.

It is 1999, and as the Millennium approaches, old certainties wither.

The people closest to him seem suddenly different.

As desires and aspirations tangle around each other like parasite stems, betrayal is in the air.

And so is murder.

Fans of Braddock will finally learn the sequence of events that drove him into exile in Asia, while for new readers, ‘A Poison Tree’ is the perfect introduction to the ‘Time, Blood and Karma’ series.