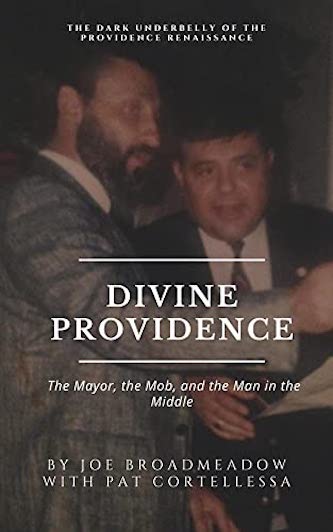 Joe Broadmeadow retired with the rank of Captain from the East Providence, Rhode Island Police Department after twenty years. Assigned to various divisions within the department including Commander of Investigative Services, he also worked in the Organized Crime Drug Enforcement Task Force and on special assignment to the FBI Drug Task Force.

Joe is the author of numerous books; three novels based on his experiences as a police officer, Collision Course, Silenced Justice, and A Change of Hate, a Y/A novel, Saving the Last Dragon, and three non-fiction books; Choices: You Make ‘em You Own ‘em written with Jerry Tillinghast, UnMade: Honor Loyalty Redemption written with Bobby Walason, and It’s Just the Way It Was: Inside the War on the New England Mob and other stories written with Brendan Doherty former superintendent of the Rhode Island State Police. His latest true crime book is Divine Providence: The Mayor, The Mob and the Man in the Middle.

In January 2019, Joe started JEBWizard Publishing, a hybrid publishing company working with new and emerging authors. By applying the lessons of his experience in the ever-changing world of publishing, Joe helps guide authors to their own publishing success.

Joe also writes for two blogs, The Writing of Joe Broadmeadow (http://www.joebroadmeadowblog.com) and www.jebwizardpublishing.com/blog, and as a guest columnist for the Providence Journal and GoLocalProv.com.

When Joe is not writing, he is hiking or fishing (and thinking about writing). Joe completed a 2,185-mile thru-hike of the Appalachian Trail in September 2014. After completing the trail, Joe published a short story, “Spirit of the Trail,” available on Amazon.com in Kindle format.

Joe lives in Rhode Island with his wife Susan.

Divine Providence: The Mayor, The Mob, and The Man in the Middle

The 1970s saw the rise of a powerful new force in Providence (RI), replacing the once inviolate stranglehold of the Mob.

Driven from office by one scandal, returned to office on a wave of nostalgia, Cianci and Providence are forever linked.

One man was there for it all. Pat Cortellessa, who went from a small-time club owner and Cianci ally with a view of the dark side of the Mayor to one of Cianci’s most ardent opponents.

This is his story. One never before told. 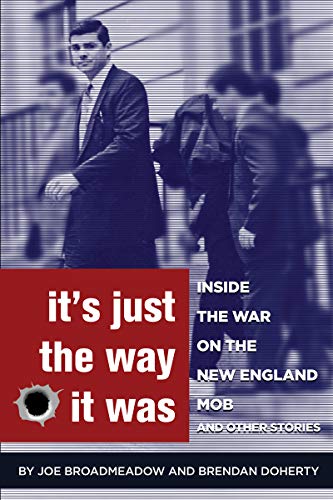 It’s Just The Way It Was: Inside the War on the New England Mob and other Stories

In It’s Just the Way It Was: Inside the War on the New England Mob and other stories, Joe Broadmeadow and Brendan Doherty take you inside the investigations, covert surveillances, and murky world of informants in the war against Organized Crime.

Make no mistake about it, it was a war targeting the insidious nature of the mob and their detrimental effect on Rhode Island and throughout New England.
Indeed, the book reveals the extensive nature of Organized Crime throughout the United States.

From the opening moments detailing a mob enforcer’s near-death in a hail of gunfire to the potentially deadly confrontation between then Detective Brendan Doherty and a notorious mob associate, Gerard Ouimette, this book puts you right there in the middle.

Most books on the mob tell a sanitized story of guys who relished their time as mobsters. As Nicholas Pileggi, author of “Wiseguys,” put it, “most mob books are the egomaniacal ravings of an illiterate hood masquerading as a benevolent godfather.”

This is not that kind of book. This is the story of the good guys. 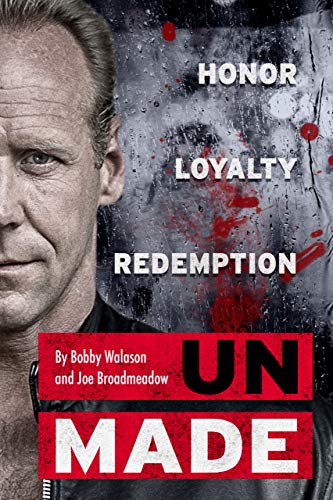 With Foreword by Zac Stuart-Pontier, producer of Crimetown

For Bobby Walason, the turning point in his life began when he was thrown out of his house at age twelve. It was also the best moment in his short life. Forced to survive on his own, with no friends or family to turn to, his determination drives him without the benefit of a moral compass. Finding shelter in the basement of a Providence, Rhode Island inner-city housing project, sleeping in an abandoned cardboard box, he tries to stay hidden from the world.

Finding solace in the Olneyville Boys Club, he learns to box, discovers a physical strength beyond his age, and hones an ability to fight. His ability to absorb punishment, forged under the fists of his brutal father, earns him a reputation for toughness. A toughness that built a powerful street reputation, enhanced in prison, drawing the attention of organized crime.

This is the story of the horrific life of a 12-year-old boy, enduring abuse no child should ever face, the lure of organized crime, descent into the brutal and violent world of a feared mob enforcer, and the power of resilience Bobby Walason unmasks the false patina of Organized Crime, finding a way to leave the life; alive, without spending life in prison, and without disappearing into the invisibility of the witness protection program.

Turning from a life of brutality to the world of business, Bobby builds a successful life as an entrepreneur. This story casts a light onto the ebb and flow of the dark side of American society; a look at the forces that play havoc with the lives that go adrift on the streets of all our cities. And how one man found a way out against staggering odds.