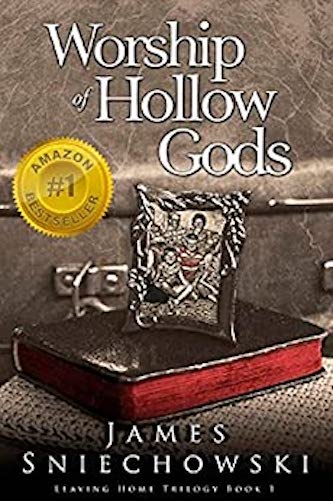 Go inside the literary mind of Jim Sniechowsky on an archived edition of Meet the Authors broadcast and podcast at Indie Book Source, hosted by Rob and Joan Carter.

Award-winning Author Jim Sniechowski was born and raised in a Catholic, working-class family in a tough Polish enclave (some called it a ghetto) in southwest Detroit.

His grandparents arrived in Detroit from the fields and farms of Eastern Poland remaining true to a medieval sense of religiosity with its strict demand of obedience and the peasant’s lifestyle.

From boyhood on Jim struggled with his growing awareness of the brutality Old World Catholicism imposed on him and everyone in his community, the lower class life they were compelled to live, including the alcohol they consumed to dull the pain they endured, and the reproach they suffered should anyone consider resisting or, even worse, leaving.

Jim, nevertheless, resisted and he was continually kept on the “to be watched” list by the nuns and priests at Our Lady Queen of Angels, his parish, and elementary school.

After receiving rave reviews for his role as The Gentleman Caller in Tennessee Williams’ The Glass Menagerie he was off to New York to study at The Neighborhood Playhouse and then on to a fifteen-year career as a stage actor.

Jim’s deep interest in character led him to a Ph.D. in Philosophy and Psychology and now to writing novels. Worship of Hollow Gods, the first book in the trilogy, is an Amazon No. 1 Bestseller. An Ambition to Belong is the second book of Jim’s Leaving Home Trilogy. Its focus is the infusion of early life impressions and experiences that create a mindset and lifestyle unconsciously framed and driven, gripping and holding anyone without them knowing how or why.

To mature into a self-possessed and fulfilling life the unconscious bonds that make up the base of our initial child personality must be broken, left behind, freeing us to grow into the adult conscious character by which we conduct the rest of our life.

Jim’s deepest desire is for his readers to experience the real-world identity struggles of his characters, and be moved to examine their own internal driving forces for the betterment of the life they are creating every day. Jim lives with his wife Judith Sherven in Northern California.

In Worship of Hollow Gods, James Sniechowski bears witness to the world of a sensitive, nine-year-old boy, subjected to the underbelly of his Polish Catholic family in working-class Detroit.

The year is 1950. The family gathers for a Friday night poker/pinochle party.

The outcome reveals a world no one ever talked about then and is forbidden to talk about now—the unspoken, the impermissible, the reality beneath every family’s practiced appearance—and what lies beneath when the front has been ripped away. 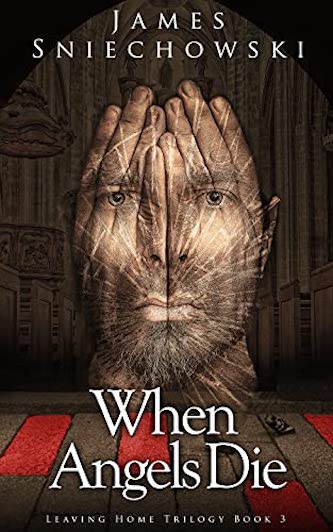 With each new role, his Polish peasant Catholic upbringing threatens to unravel his soul.

An existential rivalry ensues with one part pulling him toward the world and a life of deep self-expression and another part demanding abject submission to a culture that views the world as treacherous, seductive, repulsive, and sinful.

While working at a regional theater, he finds real love for the first time, and it is through love that Jim discovers his true path.

When Angels Die, with its philosophic and poetic overtones, is storytelling at its very best.

Discover more about James Sniechowski and his books at Indie Book Source. 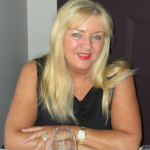