Inside the Literary Mind of Sylvie Grayson 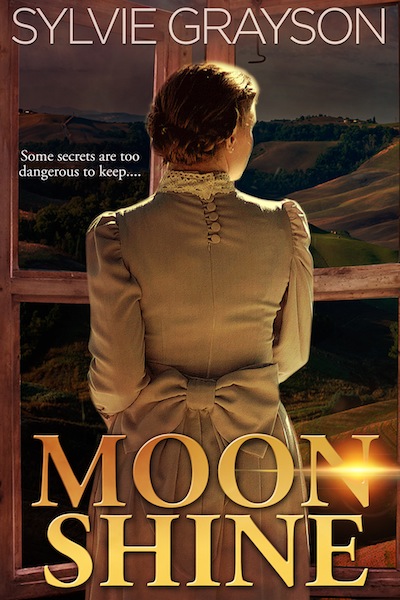 I started writing when I was a child, and just kept at it.

Sylvie Grayson writes contemporary romantic suspense with attempted murder thrown in. She loves the intrigue and excitement of creating her stories. She also writes sci-fi/ fantasy about the imagined world of Khandarken, but with the same suspense, spicy romance and murder.

After many years of ‘business’, she finds it’s wonderful to be doing what she loves. Sylvie lives in western Canada near the Pacific Ocean where she was born, and travels whenever possible, having just finished a journey through Japan, Singapore, Thailand, Viet Nam and Hong Kong.

Have a look at her books, and watch for more from the Last War series, Book Three to be released this year. To learn more about upcoming releases, please go to her website at www.sylviegrayson.com and sign up for her Newsletter to receive her most current information

Sylvie: My newest book is Moon Shine: Some Secrets Are too Dangerous to Keep. It was originally published in a boxed set with six other authors. It is about the 1930s in a small town in the interior of British Columbia. I was raised on a homestead in northern BC and many of the things this woman goes through are also things that I am familiar with as well. How to feed your family with very little, how to heat water for washing, what to do when there is no electricity. Then I tossed in a big mystery that throws the whole thing into chaos. That’s my favourite part!

Sylvie: My mother was a writer, both story and poetry. She even wrote songs. My father was a storyteller and musician, and kept an audience enthralled for an evening with his tales – both real and made up. I started writing when I was a child, and just kept at it. Now I’ve finally progressed to publishing my work – a wonderful feeling.

Sylvie: There have been lots of influences on my writing – Gone With The Wind, by Margaret Mitchell was a fabulous book. More recently – To All Appearances a Lady, by Marilyn Bowring was a powerful story. Neal Stephenson’s Cryptonomicon was a wonderful read and heavily influenced my branching out into sci fi.

Sylvie: I don’t have any trouble finding ideas. I have a dozen books partly mapped out and waiting for me to have the time to get started on them.

Sylvie: Characters are a lot of fun. You can make them what you want, but I have found as the story unfolds, that the characters sometimes tend to take over. When that happens I feel like I’ve given birth and the new character is breathing on its own.

Sylvie: I’m pretty eclectic in my writing style. Life, family, work often intervene and so I get sidetracked a lot. Sometimes I just want to be finished with a piece, but normally I have the patience to develop the story the way I have planned. It seems to be different with each book

Sylvie: I have written a sci fi/fantasy series called The Last War. Khandarken Rising, Book One came out in 2014. Since then I’ve developed more characters and an eclipse of events that have kept me going. Son of the Emperor, Book Two and Truth and Treachery, Book Three have all been released. Book Four is on the way, title to still be decided, but probably released in January 2017. It’s very exciting.