Inside the Literary Mind of Sue Coletta 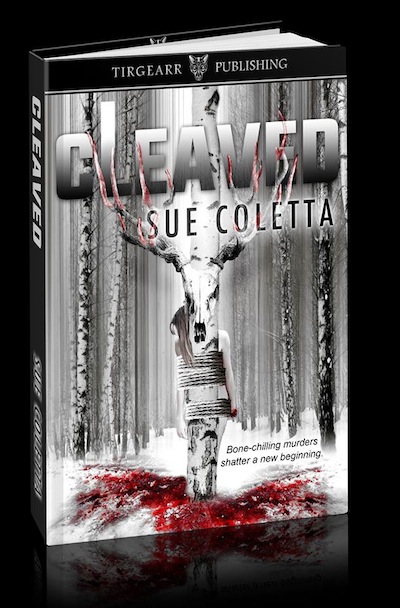 Writing is magic, and we’re the illusionists.

Member of Mystery Writers of America, Sisters in Crime, and International Thriller Writers, Sue Coletta is an award-winning, multi-published author in numerous anthologies and her forensics articles have appeared in InSinC Quarterly. In addition to her popular crime resource blog, Sue co-hosts the radio show “Partners In Crime” on Writestream Radio Network every third Tuesday of the month from 1 – 3 p.m. EDT/EST (see details at www.suecoletta.com). She’s also the communications manager for the Serial Killer Project and Forensic Science, and founder of #ACrimeChat on Twitter.

She runs a popular crime website and blog, where she shares crime tips, police jargon, the mind of serial killers, and anything and everything in between. If you search her achieves, you’ll find posts from guests that work in law enforcement, forensics, coroner, undercover operatives, firearm experts…crime, crime, and more crime.

For readers, she has the Crime Lover’s Lounge, where subscribers will be the first to know about free giveaways, contests, and have inside access to deleted scenes. As an added bonus, members get to play in the lounge. Your secret code will unlock the virtual door. Inside, like-minded folks discuss their favorite crime novels, solve mindbender and mystery puzzles, and/or relax and chat. Most importantly, everyone has a lot of fun.

Sue lives in northern New Hampshire with her husband, where her house is surrounded by wildlife…bear, moose, deer, even mountain lions have been spotted. Course, Sue would love to snuggle with them, but her husband frowns on the idea. 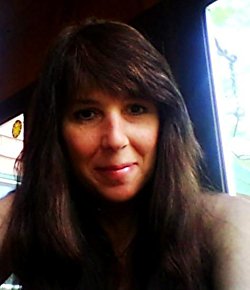 Sue: My new release is CLEAVED, Book 2 in the Grafton County Series (MARRED is Book 1). The inspiration for CLEAVED stemmed from several things, actually. In 1979, Stephen King impaled a character with deer antlers in Salem’s Lot. Since then, we’ve seen them in True Detective and most recently, Hannibal, the TV spin-off series. I’ve always been attracted to symbolism, so this growing trend really appealed to me.

Next, I needed to figure out how to use the antlers in the MO and have it fit a cohesive story involving my characters from MARRED. This was much more difficult to figure out. By adding several other cryptic clues—the King of Hearts, women encased in oil drums, nursery rhymes, and birch trees—I was able to bring it all together. LOL Sounds crazy as I write this, but trust me. It’ll all make sense in the end. That’s just how my mind works!

Sue: Ever since I was a little I could always express myself better on paper, but it wasn’t until age twenty that I started writing stories. Back then, I wrote children’s stories, if you can believe it. My passion for crime eventually took over, and the rest, as they say, is history.

Sue: Edgar Allen Poe had a profound affect on me. What I wouldn’t give to crawl inside his mind for an hour. It wasn’t until I read Silence of the Lambs that I found my niche. Thomas Harris breathed life into the serial killer thriller, and he remains a guiding force in my writing. To create something as amazing as that novel is, in my eyes, the pinnacle of success. I strive to reach that level with each new book I write.

Sue: Everywhere. I think everything we see, read, touch, taste, hear, and experience influences our writing. Like I mentioned earlier, Salem’s Lot from 1979 influenced my new release in 2017. How amazing is that? Writers, I think, see the world differently than “regular” people. A perfect example of this is lying on the grass and staring at the clouds. Where one person might see a seahorse or a smiley face, a writer could envision an entire scene play out in the sky. Writing is magic, and we’re the illusionists.

Sue: Everywhere. My victims could be rude cashiers or drivers who tailgate. My heroes might start with a kind stranger, and then I imagine what their life might be like. No one is off-limits. Even though I may start with a real person, by the time I’m done they’re usually nothing like the person I met.

Sue: I’m very much an auditory writer. Meaning, I hear the rhythm to words, sentences, paragraphs as I read and write. I’m attracted to authors by their rhythm rather than, say, their plots. I could read a book that’s hugely successful, but if I can’t hear the rhythm, I can’t get into the story. This just happened to me. I won’t mention the title because that wouldn’t be right. Suffice it to say, I truly wanted to like it. The plot sounded amazing. The book has over 7K reviews, most five and four stars.

But I’ve tried twice now and both times didn’t make it past the third chapter. There’s something about the author’s style. Maybe it’s because he uses UK spellings and sayings. I don’t know, but I can’t hear any rhythm to his words. None.

I hope others can hear the rhythm to my stories, because I try hard to ensure they do. I want readers to feel the emotion of the scene, deep in their core. Playing with the rhythm is my way of pinning them against the wall and not letting go.

Sue: It seems the more we learn about the craft of writing, the harder it gets. I’m brutal on myself, too. I could nitpick forever. Thank God for deadlines, or it’d take me forever to release a new book. That said, the most difficult part, for me, is right before the release. I never know how the book will be received, so I remain in a constant state of second-guessing every move I made, fluctuating between “This is great” and “This is awful” until reviews begin to roll in. Then I can finally take a breath. My husband calls it “basketcase-mode.”

Sue: I have several projects I’m working on. In my other series, Mayhem Series, book 2, Blessed Mayhem, will release soon. I’ve also been invited to write in two different Kindle Worlds. My novella for Susan Stoker’s World, Special Forces, releases July 11th. My novella for Elle James’ Kindle World, Brotherhood Protectors, releases in Sept. Plus, I’m working on a true crime story. Without giving away any secrets, I can tell you a serial murderer, serving four consecutive life sentences, contacted me to write his story. We’ll see how it all plays out.