Inside the Literary Mind of Roy Dimond 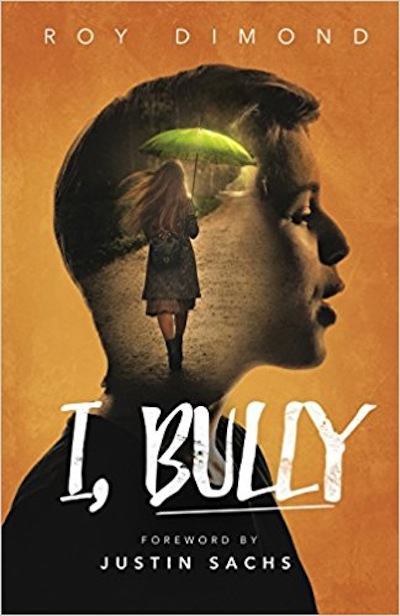 Stories, the genesis of worlds of their own creation, mysterious settings, and bizarre plot twists surround us.

Roy Dimond lives with his wife in Pender Harbour, a small fishing village on the Sunshine Coast of British Columbia, Canada. Locals call it “Penderdise.”

In his first life, Roy had the honor of helping at risk children and their families. In his second life, he pursues his love of travel and writing. Having explored four continents from Cuzco to Kyoto, Santorini to Tsumago, his wanderings have all found a way into his stories.

Roy’s first book is called The Singing Bowl and is now in a Second Edition. His second novel is called, The Rubicon Effect and his third book, and first work of non-fiction, Saving Our Pennys is also available.

Roy: I, Bully, published by Motivational Press, is a middle grade novel about a young boy who acts out his frustrations. What makes the story unique is that it is told from both the perspective of the bully and his victim, a young girl.

When Hannah, the victim, runs away, Eric, the bully, realizes what has happened and tries to find her. Lost in the woods, a bear, a cougar, and a riotous raven teach them lessons about bullying and about being a victim.

One adult and his friend, a Native American named, Stands Alone, help interpret the lessons that the forest has taught the two protagonists. Hannah learns why she is always a victim, and Eric discovers why he bullies, and both learn a new way.

Roy: What a great question. I am not sure I have ever been asked that before. I don’t think there was one moment when I decided to become a writer, it was more a process. It was definitely instilled at a young age. Possibly while in my backyard after climbing into our cherry tree. I sprawled along the branches, eating cherries and losing myself in the latest Superman comic book.

Then later in life, as my wife and I explored the world, plots developed in my head while meandering the canals of Venice or while walking Kyoto’s famous Philosopher’s Path. Maybe a snippet of an idea exploded into fleshed out characters as we scaled Machu Picchu, or while watching Santorini’s famous sunset a twist in the protagonist’s character would reveal itself.

So when did I decide to to become a writer? Maybe the most honest answer is…before I was even born.

Roy: Huxley’s, Brave New World. Free islands, thinking for oneself, revolution, it’s all there in his writing; everything that humanity needed to learn in the past, now, and sadly in the future.

Roy: Everyday life. All one has to do is listen, observe, allow the moment to enter your consciousness and entire novels are there. Full, complete characters walk among us everyday. Their stories, the genesis of worlds of their own creation, mysterious settings, and bizarre plot twists surround us. Just walk into a coffee shop or stroll in a park and very quickly you will be smiling, overflowing with new ideas. I guarantee it.

Roy: The particular characters for I, Bully were drawn from my own experiences as a youth worker in the school system. I worked for thirty years in all levels of education as well as a parenting worker and consultant. I’ve given seminars and workshops to university post graduate students and in many school districts. To come up with a character like Eric and a victim like Hannah was, I won’t say easy, but I had a lot of practical experience to draw upon.

Roy: Another good question. I am not sure because all my books are quite different.

My first novel, The Singing Bowl published by Green Dragon Books, and in its second edition, is about the travels of a monk looking for a book lost to the world. My second book, Silence and Circumstance by Untreed Reads is a fictional account of the 11 days that Agatha Christie went missing. So my choices of genre really vary.

But to try and answer your question, I think I would have to say my writing is intense. I like to think there is humor in all my stories and that they make a good read for a lazy afternoon, but I do want to write something of substance. I want an undercurrent of the human experience, of hope, with characters that the reader can relate to intimately.

Roy: The first line. That moment where you take the idea from inside your head to the blank page. That courage of commitment when the tabula rasa is first spoiled, when you take that deep breath and suppress the voice in your head screaming nooooo…nothing is as hard as that moment.

Also, I think all writers will tell you that endings are really hard, maybe psychologically we don’t want our stories to end, or if it ends, we don’t really want everything clean and complete…life doesn’t work that way.

Roy: There are so many. I signed a 2 book deal with Motivational Press, so they will also be republishing a work that I co-authored with my dear friend, Jeff Leitch. It is tentatively titled, Saving Our Pennys. It is a story about a teacher who is frustrated and looking for a mentor. When he becomes concerned about a student named Penny, his life is changed in ways he could never have imagined. It should be launching later next year.

I also have signed with Melange Press for a novel with a working title of, The Rubicon Effect. It is slated to launch later next year as well. It is a story about the environment, the End of Days, the political right-wing of America and hope.

Also my wife and I collaborated on a book titled, Converging Paths. It is a fictional story about the rise of China, as well as the similarities between Buddhism and quantum physics. It converges around the tale of two characters. One we call, The Blue Rose, an enlightened soul who has spent her life in Bhutan and the other is one of the leading communist in China, a gentleman we have nicknamed, The Seeker.

We have just completed the manuscript and will soon dive into that Great River of No that is the query letter and offer it to publishers and agents.

Thank you for taking the time to interview me with your thought-provoking questions. I wish you all the best.

Please click HERE to learn more about Roy Dimond and his books.