Inside the Literary Mind of Paul Bishop 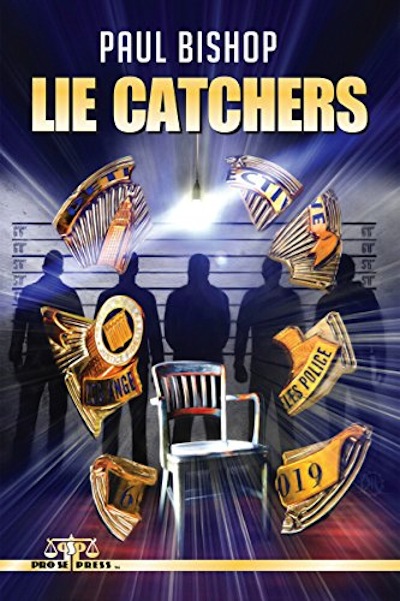 There is no such thing as good writing only good rewriting.

During his career, Paul Bishop spent thirty-five years with the Los Angeles Police Department where he was twice honored as Detective of the Year. He continues to work privately as a deception and interrogation expert.

Paul: I was looking for a new twist on an established genre. While pulling my hair out watching an interrogation conducted by real world detectives on an episode of 48 Hours, I realized I’d never come across a novel, movie, or TV show portraying the successful interrogation techniques I’d developed over thirty plus years with the LAPD dealing with uncountable suspects. I now teach interrogation to numerous law enforcement agencies—not just the techniques, but the psychological and physical sciences behind them. Finally, I took the hint my subconscious had been using to batter me and realized I was in a unique position to write an interrogation based novel and make it as realistic as fiction would allow. LIE CATCHERS is the result.

LIE CATCHERS features two top LAPD interrogators, Ray Pagan and Calamity Jane Randall. A few years prior to the opening of the novel, Pagan has made a bad mistake in the box (the interrogation room). As a result he banished himself to handling only deep freeze case—cases so frigid even the Cold Case Squad won’t go near them. Calamity Jane Randall is a Robbery-Homicide detective trying to come back after a gunfight, in which she killed the suspect, but got a chunk taken out of her leg by returned fire.

The LAPD chief wants Pagan back working his magic in the interrogation room and he wants Jane to get him there and work with him. Unbeknown to Jane, Pagan has singled her out. He has been waiting for a long time for somebody with her special gift—a gift she doesn’t even know she has.

When two five-year-olds—one with serious special needs—disappear on the same night in different parts of the city, Pagan and Randall have to hit the ground running to solve what appears to be two unconnected and impossible cries.

I didn’t want Pagan and Randall to be a riff on Holmes and Watson. I wanted the Pagan/Randall dynamic to be a symbiotic, equal partnership. Randall wasn’t just there to assist and marvel at Pagan’s brilliance—a foil used to listen while Pagan explained his cleverness. Randall is her own woman with her own strengths. Yes, sometimes Pagan acts as a mentor, but I wanted there to be an equal number of times when Randall’s actions saved the day. Jane couldn’t just follow, she also needed to also lead sometimes.

In the end, this novel, which I started with no solution in mind, unfolded in the hands of these two characters who I came to admire and trust.

Paul: When I was in elementary school, instead of just using each of my homework vocabulary words in a separate, unconnected sentence, I would put all of them into a complete story – much to the delight of my teachers and the ridicule of my less creative peers.

Then, somewhere in my late teens, I remember reading a novel and thinking I could write something better. I sat down, rolled a sheet of paper into my typewriter and then sat staring at the blank page. I quickly realized writing might not be as easy as I’d thought. However, I stuck with it and started writing all kinds of derivative crap as I slowly learned my craft.

I became a pro in my mid-twenties when I started getting paid for writing freelance magazine articles. I then sold a couple of short stories to one of the last of the pulps (Mike Shayne’s Mystery Magazine), and a year later my first novel.

Question: What books have been the greatest influence on you and your writing and why?

Paul: In my life W. Somerset Maugham’s THE RAZOR’S EDGE, Nevil Shute’s ROUND THE BEND, and Richard Haliburton’s THE ROYAL ROAD TO ROMANCE influenced me greatly starting in my early teens.

Where writing is concerned, Dick Francis books taught me about plot and pace. At one point early in my writing career, I tore all the pages out of a Dick Francis paperback, laid them out on the floor of my office, and painstakingly charted the development and resolution of his plot.

Robert B. Parker’s Spenser novels showed me a lot about character and dialogue. He taught me to strip down my writing to the skeleton and then to add back on just what is needed.

However, when I joined the LAPD in 1977, Joseph Wambaugh was my writing idol. He was and continues to be the gold standard against which all other police writers are judged. Wambaugh’s early novels, including The New Centurions, The Onion Field, and The Blue Knight, influenced both my writing and my police career. Wambaugh is a great storyteller. He also tells stories in a complex, layered, provoking manner which elevates his prose into the stratosphere of literature. Wambaugh knows cops at a primal level. He also knows how to capture them on the page in all their flawed glory. I was already on track from an early age to pursue both of my chosen professions, LAPD detective and writer, but Wambaugh’s books were the light in the window guiding me home.

Paul: I buy them in large batches from Costco…But only if they are on sale and particularly ripe…

Paul: I wait for the Costco specials when they are included if you buy three or more idea batches…

I wrote the Fey Croaker series in the third person. Those books obviously featured a strong female character, but I was once removed from her by perspective. However, Fey Croaker and Jane Randal (LIE CATCHERS) are very different characters and I needed to approach them differently.

I knew LIE CATCHERS needed to be told in the first person because of the intense intimacy between characters and readers the story demanded. Telling the story from Ray Pagan’s perspective just didn’t feel right. One of Pagan’s qualities is the unusual ways in which he approaches situations. This was best experienced from the point of view of another character who would come to understand Pagan along with the reader. That put me, as the writer, inside the head of Calamity Jane Randall—a very good detective, but still a woman who doesn’t truly understand herself. To become a great detective, a great interrogator, she needs Pagan to lead her on the path to self-discovery. But he also needs her to save him from himself.

As a male, writing in the third person about a female main character like Fey Croaker was one thing. Actually getting inside Jane Randall’s head to tell the story from her perspective as a woman was entirely another.

Paul: Getting to the end of the first draft. When I began writing novels, I outlined heavily. I needed to have a map to where I was going. I might change the destination as the story opened up, but I needed an outline for the confidence to begin.

Eventually, I moved away from outlining and would start writing if I had the characters, two or three turning point scenes, and the climax in my head. I worked that way until LIE CATCHERS, which I started with just a deep understanding of the characters and the decision that interrogation was going to drive the plot. I just started writing and let the story unfold as I went. The process was both frightening and exhilarating at the same time.

I’m a firm believer in the Robert Graves quote, ‘there is no such thing as good writing only good rewriting.’ I have a tendency to rewrite as I go along—if I write five pages, I go over those first the next day. By the time I type the end on the manuscript, I’ve already gone over it two or three times, so one last polish is all it takes before the copyeditor tears it apart.

Paul: I’m currently completing the second Pagan and Randall novel, ADMIT NOTHING. Then it will be time to bring back my LAPD detective Fey Croaker character in a brand new novel, RETURN TO DUTY, to complement the new editions of the original series (KILL ME AGAIN, GRAVE SINS, TEQUILA MOCKINGBIRD, CHALK WHISPERS, PATTERN OF BEHAVIOR) being repackaged and reprinted by Pro Se. I’m stoked to have been able to do a new draft of each of these novels tightening them and applying all the writing lessons I’ve learned since the series was first published twenty years ago.

If I can work it into the schedule, I have also an idea for a standalone cop novel, GUNHAWKS… 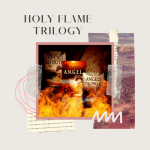