Inside the Literary Mind of FCEtier 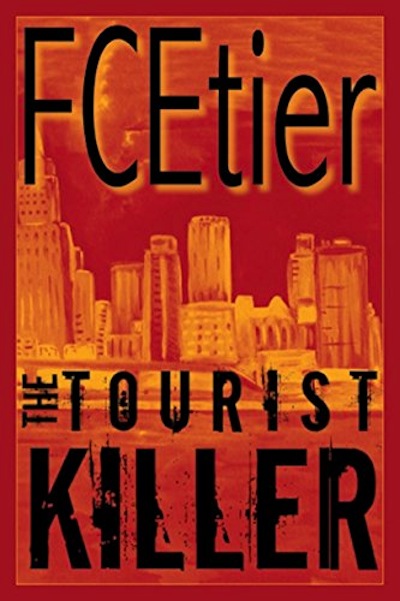 I write for the same reason many readers read, escape. By writing fiction, I can enter into a world inhabited by characters I’ve created.

FCEtier, a Louisiana native, spent most of his adult life in Baton Rouge. He eventually split his time between Baton Rouge and Gulfport, Mississippi. Hurricane Katrina sent him in search of a safer harbor, which he found in Western North Carolina. Etier has been involved with photography for many years.

His eye for the unusual found within the usual makes his subjects unique. He doesn’t go looking for the bizarre, but seems to find it in everyday settings.

He is the author of The Tourist Killer and The Presidents Club.  FCEtier is at work on his third novel, A year Without Killing. He is a prolific blogger and photographer. Both his photography and his blogs can be found at VentureGalleries.com.

A widower, Etier lives with his two cats, and three dogs in the Great Smoky Mountains.

FCEtier: My newest book, A Year Without Killing, is a sequel to my first book, The Tourist Killer. The inspiration came from the way the first book ended. My main character, Claudia Barry, ready to retire, was instead convinced to take a twelve-month sabbatical. A Year Without Killing tells the story of her adventures during that time.

FCEtier: I write for the same reason many readers read, escape. By writing fiction, I can enter into a world inhabited by characters I’ve created and with whom I enjoy spending time. I began blogging in 2007 to support my photography website. I began writing my first novel, The Tourist Killer, on September 21, 2010.

FCEtier: A number of authors and their works have inspired me and left their mark on my writing. The one perhaps with the most influence has been When All the World Was Young by Ferrol Sams. Sams’s opus is for me, the most important of his trilogy on the life of quasi-fictional Peter Osborne, Jr. I spoke with Dr. Sams and he confirmed that much of his work was autobiographical. He was a captivating  storyteller and had a brilliant ability to use the language.

FCEtier: Ideas for my books come from everyday life, conversations, current events, history, and my imagination. Often times, I take a situation, alter it by asking, “What if…” and insert the answer into my story.

FCEtier: My characters are amalgams of people I know in real life, historical figures, and figments of my imagination.

FCEtier: My writing style is, “conversational.”  I’ve taken the advice of an author whose opinion I respect and let my characters tell the story via dialog. My goal is to avoid use of an omniscient narrator and let character conversations set the scene and move the story along.

FCEtier: In my experience, the most difficult part of writing a book is composing an opening sentence and first chapter that will hook the reader and compel him/her to turn the page.

FCEtier: My current projects include resuming writing my third book, A Year Without Killing and then beginning the fourth, Transfer the Dragon.