Inge-Lise Goss: One of the Top Ten Crime Thriller Writers You Need To Be Reading 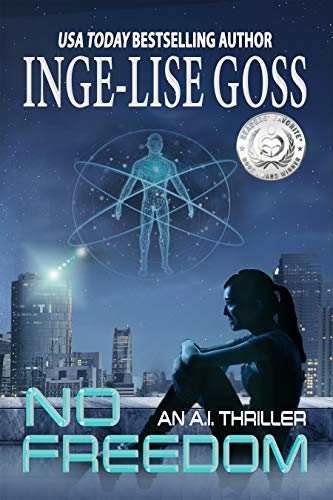 Goss’s greatest strengths, which are significant and not easily mastered, are authentic dialogue and solid plotting.

Inge-Lise Goss, USA Today Best Selling and Multi-Award Winning author, was born in Denmark, raised in Utah, and now lives in the foothills of Red Rock Canyon with her husband and their dog, Ted.

She spends most of her time in her den writing stories.

There, with her muse by her side, her imagination has no boundaries, and her dreams come alive.

When she’s not pounding away on the keyboard, she can be found reading, rowing, or trying to perfect her golf game, which she fears is a lost cause.

Can humans survive the android uprising?

Paislee Hobson is born into a world struggling after a war that killed most of the world’s population. Rebuilding has been accomplished through androids developed by and under the control of The Institute. The human population has been divided into strata.

Paislee, a legal clerk, is a member of the upper stratum. Her recent boyfriend dumped her. To avoid another heartache, she purchases a human-looking android companion, Pellegrin. No one suspects Pellegrin is not human. He arouses and satisfies all her desires and is a polished companion and conversationalist in public.

When strange things begin to happen around the courthouse, people start acting mysteriously. Some disappear and others are murdered. Pellegrin’s true identity surfaces as he slowly and methodically takes over all aspects of Paislee’s life. She is in turmoil trying to find a way out. The love of her youth appears and she longs for a life that is denied to her.

Can Paislee regain her freedom or is she doomed to a life under Pellegrin’s control? 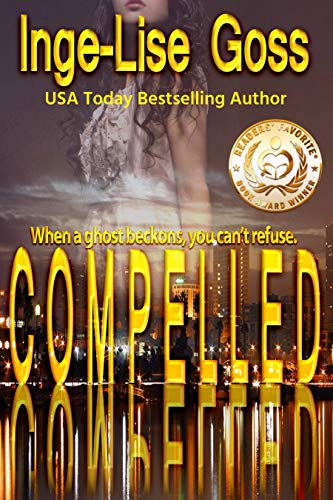 A MESSAGE FROM BEYOND …

New York Detective Sidney Langston is rushed to the hospital with excruciating chest pains the same night a woman who bears a remarkable resemblance to her is murdered in San Diego. Tests reveal that Sidney is perfectly healthy, yet the crippling pain persists until the dead woman reaches out from beyond the grave for Sidney’s help to vindicate her wrongfully imprisoned husband and to find her murderer.

GHOSTLY INTRIGUE THAT KEEPS YOU ON THE EDGE OF YOUR SEAT …

Desperate to remain pain-free, Sidney embarks on a mission to exonerate an innocent man. With a ruthless killer at large, she soon discovers the crime is more than a simple whodunit when dangerous scenarios unfold. The dead woman’s spirit relentlessly pushes Detective Langston to solve the crime and correct an injustice ” or forever be tormented by an invisible bullet wound. 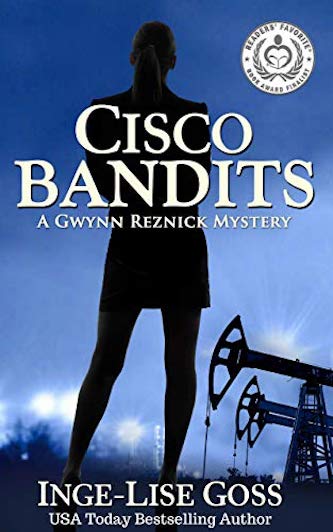 Newly trained and ready to rock her first assignment, Gwynn Reznick goes undercover posing as an accountant for the Prudell Energy Company. After fending off the unwanted advances of a company executive, she stumbles on a murder scene staged to look as an accident. Then she learns another employee died in a suspicious oil well accident and a large quantity of oil is missing from the Cisco field.

A WILD MIX OF ACTION, ADVENTURE, AND MYSTERY ALL IN ONE FAST-PACED THRILL RIDE …

Her boss (and boyfriend) Ruben calls and warns Gwynn not to go poking her nose where it doesn’t belong and to wait for his directions. She promptly ignores his orders and sets out to solve the case, which quickly spirals out of her control as she ends up on the perpetrators’ hit list. Will Gwynn be able to maintain her cover” or risk everything to crack the case? 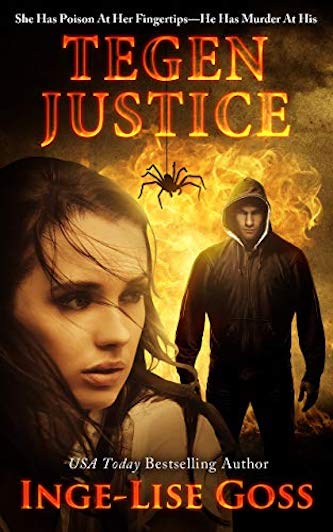 Having embraced her new existence, Sara Jones fights to destroy a criminal empire.

Along with her newly acquired skills of spider-climbing agility, self-healing powers, and the ability to eject poisonous needles came the haunting need to consume blood and flesh tainted by Tegen deadly spiders.

Armed with new skills and an alias, Sara tracks her nefarious criminal prey to New Orleans.

But before she can fully execute her plan to wipe out that criminal element, she encounters her former lover, an out of control Tegen, and the repercussions of disobeying Tegen rules. Death and mayhem ensue as Sara tries to outrun and outsmart an enemy she knows all too well.

For fans of The Hunger Games and Divergent comes a story that will have you turning pages long past your bedtime. You have found your new obsession.