The Idle American: You’d think I had never traveled before 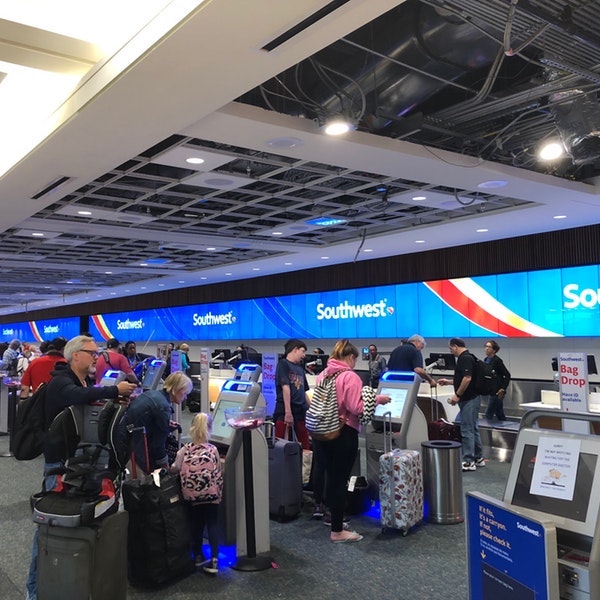 When normal take-offs and landings come out even, does much else matter?

“Ya can’t fix stupid.” It’s a line tossed about daily with abandon.

In my case–and this is an admission made “frog-throated” and typed with shaky fingers–I plead guilty.

The sting is even greater when our judgment–in certain moments when efforts are squeezed to save a few bucks–is sorely lacking, maybe totally absent. Sequentially, I “flubbed.” One would think I’d never traveled before….

The account deserves a “start at the very beginning,” as The Sound of Music lyrics suggest.

Anticipating the need for a rental car after a flight to Denver, I scanned computer websites. “Aha,” thought I. “We can save a couple of dollars a day with this one (Call it “Henhouse,” or some other unlikely name).  I reasoned that it would be at an “off-airport” location, but nowadays, aren’t they all?

On “take-off day”–in the vernacular of veteran fliers–a telephone call received en route to the airport should have served as a warning. “Henhouse Rental Car is no longer in business at the Denver Airport,” a soothing, apologetic voice expressed. “But, your contract will be honored at nearby Fox Car Rentals.”…

Making sure I had the rental contract in tow, we proceeded to Dallas. My wife Brenda asked, “Who was that?” I mumbled that it was simply our “rental car confirmation,” perhaps a truth stretch, but not an outright lie.

Upon arrival, we hailed down the Fox bus, paying little attention to other than our luggage. It was a sunny morning, and we went straight to the rental counter.

It wasn’t on the “main rental car street,” where the Budgets and Avises and Hertzes and Enterprises gleamed in the sunlight. Fox, in back, had a “Sanford and Son” appearance, but hey, we all have to start somewhere, right?….

Please keep the word “sunlight” in mind. After a week at Crested Butte, we opted to drive back to Denver in the afternoon before our flight. I got a great Priceline deal for a hotel l just 15 miles from the Denver Airport, and we arose at 2:30 a.m. to make the 6 a.m. flight to Dallas.  Checking out at 3:15, all we needed to do was fill the car with gas, then DRIVE TO THE RENTAL CAR RETURN.

Topping off the tank at 3:15 a.m., we had almost two hours to find the rental car return.

Off we went into a sea of darkness, after noting the way well lighted to the Budgets and Avises and Hertzes, but Fox? Hidden in a lair, not to be found.

The smartphone went dumb on us, but we weren’t frantic–not yet, anyway. We called the help line, and the guy said if we were driving in front of the “rental car majors,” Fox should be across the street. “There’s an active runway across the street,” I answered. Turns out, the “help line guy” was in Oklahoma City……

When we found the return place, it looked like the place where they impound cars.  Our flight was “missed by a mile.”

The man at the counter “felt for us,” saying such happens quite often. “Did you bring the car back full of fuel?” he asked. I whimpered that it was full two hours earlier, but the needle had dipped a bit in our wanderings.

We boarded the rickety van, where three others were seated. The driver started the engine, but a guy urged her to stop; he had left his eyeglasses in his rental car. We waited, two more people boarded, and we headed for the terminal, last to get off, of course.

The lady at the Southwest counter could not have been nicer. “I’m gonna get you folks on our 9:30 flight,” she promised. Maybe the tears on our luggage, “frog-throatedness” and shaky signature helped!

Whatever, when normal take-offs and landings come out even, does much else matter?…