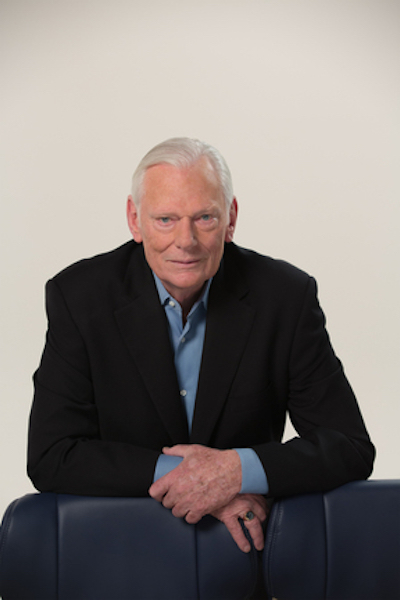 For decades, four words have been used to magnify success achieved by remarkable individuals. The words? “Only in America could.”… Following this opening are tributes to support such a lofty claim.

I’m not sure such a well-intentioned comment really is a true “fit” for Herb Kelleher, who introduced discount air travel to America a half-century ago. This admitted maverick would have “made it big” in the ingenious ways of his choosing in whichever country he lived in.

The late icon’s business acumen, zest for life, indomitable spirit and commitment to both employees and the flying public were as expansive as the skies across which fly aircraft of Southwest Airlines, the country’s largest domestic carrier….

Media reports of his recent death at the age of 87 were as colorful as the man himself. Herb, the name he liked to be called, wasn’t to be figured out by anyone. He earned his eccentric label, laughing all the way.

One person given to hyperbole said Kelleher could call the names of all Southwest employees when he saw them.

Kelleher shot down this accolade, countering that he hadn’t met ALL 60,000 SWA employees!…

Greats, near-greats and ordinary folks shared “Herb stories,” many beginning with, “Do you remember the time that?” Among hundreds of tributes, perhaps none was more compelling than Ralph Nader’s: “No one has been able to imitate Kelleher’s super-successful management philosophy, his hands-on behavior and authenticity. They may install cut-rate fares, but fortunately for the people, Kelleher stands alone as one of a kind.”…

I’m one of the “ordinaries” who never met Mr. Kelleher. I “saw his tracks,” though, and believe the “warp and woof” of his book, Peanuts, make it a “must-read.” On my bookshelf, it rests next to Dale Carnegie’s How to Win Friends and Influence People.

It provides a wonderful, common sense guide on how to succeed, in business specifically and in life generally. Perhaps the SWA motto printed on napkins says it best: “In a world full of no, we’re a plane full of yes.”…

I saved a personal, hand-written note from the aviation giant. It was written with the same “scrawl” of his signature seen in print.

It is my memento of proof that he always had time for ordinary people.

It was a response to a letter I’d written to him….

I had completed a long-ago SWA flight. Waking from a nap during the flight, I walked shoeless to the lavatory when the “unoccupied” light came on. A flight attendant joked about my “going in there in stocking feet.”

I responded in kind, saying that I’d seen Herb doing the same thing. (Okay, admittedly I hadn’t, but it was fun to “play along.”) She quipped that he would be the only other person on the planet who would do so.

I wrote him a letter praising the young lady AND his airline, not expecting a reply. A few days later came his note, including these words: “Your recent letter ‘made’ my day! Welcome to the ‘shoeless lavatory club.’ We are a rare breed.”…

I’m guessing that across the years, “boy babies” have been named “Herb” by countless SWA employees.

Speaking of naming youngsters in honor of heroes, I heard the other day of a Clemson graduate from South Carolina who has been transplanted to Dallas, where he is now a fan of the Cowboys in general and Dak Prescott in particular. He was lavish in praise of Clemson QB Trevor Lawrence and Dak in a recent conversation, predicting that “real fans” will name babies in honor of this duo.

“The names ‘Trevor’ and ‘Dak’ are going to be on baby boys’ birth certificates,” he crowed. “In fact, why not both?  ‘Trevor Dak’ has a nice ring to it. Then, they could just call ‘em ‘TD’ for short.” (OK, after the ‘Boys’ derailment by the Los Angeles Rams, maybe “dak” should begin with a little “d”.)…