The Idle American: The Years Pass at Their Own Risk 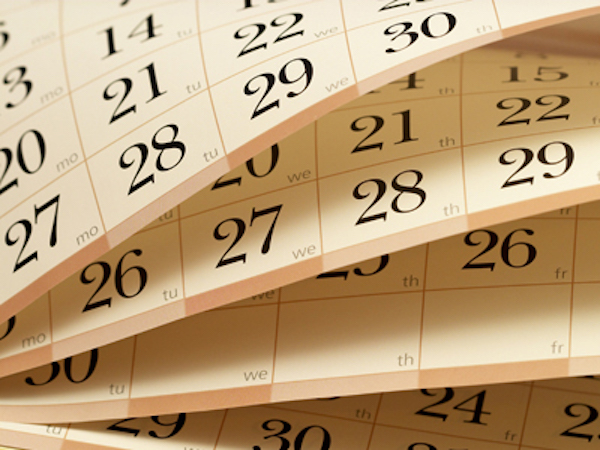 There are many reasons to “press on,” avoiding occasional temptation–however enticing–to “watch the clock.”

OK, I admit it. My memory of clever ads and lots of other stuff dates back to the early years of World War II. One I recall simply won’t dislodge.

It promoted what the world has long described as being “an adult beverage.” I’ll not call it by name.

For all I know, the trumpeted “distillery process” may have been about the same length as others, but it always bragged about not “watching the clock for seven long years.”…

I’ll give no further mention to what forebears named “the devil’s brew,” except to boast about some folks who haven’t watched CALENDERS for seven DECADES, and even more. They plow on.

One is a national figure known for his “hands-on” service to Habitat for Humanity and teaching Sunday School since his teen years; the other is a minister friend who remains “on-call” for Sunday preaching invitations or any other time of the week for that matter.

President Jimmy Carter arrived by wheelchair to teach his SS class recently at Maranatha Baptist Church in his hometown of Plains, Georgia, only days after sustaining a broken hip in a fall.  More than 400 folks showed up for the class taught by the oldest former living president in history. He’s 95….

The other is Dr. Jimmie Nelson, whose tenure of Christian service is nearer 80 years than 70, and he’s still preaching.  He spent a couple of decades as a pastor and almost three decades “professorially” at Southwestern Baptist Theological Seminary, where he was the first director of the Doctor of Ministry program.

He lives down the road a couple of miles and is a valued friend. Since his retirement from full-time seminary service in 1998, he has continued occasional teaching and frequent preaching.

In his “retirement,” he has been an interim or guest preacher for most Sundays each year, including 2019. This year, he’d already logged some three dozen engagements by October’s end. And he’s coming up on age 92….

These men–and several persons of my acquaintance–personify the old lesson provided by the tomato vine. We are instructed to strive to emulate green tomatoes.

As long as we’re green, we grow.

It’s when we think ourselves to be “ripe” that we start to rotten….

I’m convinced that as long as one has reasonable health, there are many reasons to “press on,” avoiding occasional temptation–however enticing–to “watch the clock.”

And the same goes for calendars.

Working with senior adults at our church, I am privileged to see folks each week who inspire….

Currently, on my radar are a widow and widower who have arrived at “item” status. I’ll use their first names, Jackie and Andy. I’ll not reveal her age, but their average age is nearly 90.

He’s been a motorcyclist for most of his adult life. Currently, he owns a three-wheeler.

She’s an accomplished artist, never having thought she’d be riding on such a conveyance in twilight years. But she is. Recently, the pair rode the ‘cycle from Burleson to Waco–a distance of some 70 miles–to have lunch at “one of Andy’s favorite fish places.” Street construction loomed as they neared the café, so they ate at Cracker Barrel instead. They could have done so back in Burleson, of course, but maybe it was too close….

We should all “press on,” despite momentary setbacks.

I’ve had “faux pas” tendencies for decades, but have pressed on. I recall a years-ago speech when I mentioned poet Robert Browning’s famous words to his beloved wife Elizabeth. “How do I love thee? Let me count the ways.” I saw a scrawled note being passed my way from a back table. On it, a friend had written, “Don, he didn’t say that to her; she said it to him!”

I read it aloud, and we all laughed. I, like green tomatoes, haven’t arrived. We press on….