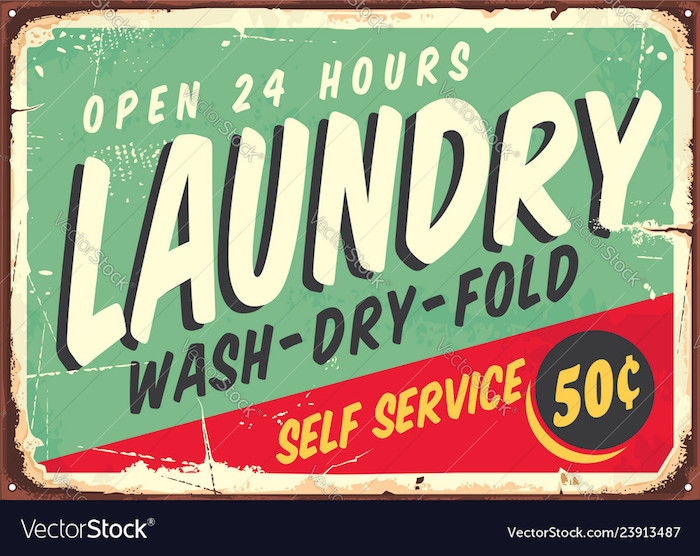 Duds were tub-carried back home, hung on the clothesline, removed a few hours later, and then face the dreaded ironing board.

Until the mid-twentieth century, most American women had every right to sing “washday blues,” because one day each week–for most, the longest day–was committed to washing, hanging out, ironing, and folding the family duds.

The day started with a trip to the laundromat since most homes at the time were lucky to have indoor plumbing, much less washing machines, and certainly not dryers.

I recall my mother telling my brother and me to bring books along while she “put out a washing” on an old wringer-type washer. Mostly, we were to stay out of the way, our mom hoping to arrive at the laundromat before all the machines were taken….

Duds were tub-carried back home, where she’d hang them on the clothesline, remove them a few hours later, and then face the dreaded chore of ironing.

One day, a crow with muddy feet pulled a divebombing routine, soiling the bedsheets. Mom would have none of it, attacking the bird with her broom.

Maybe it was a sickly bird, but she learned upon its demise that it was a pet owned by a neighbor down the street. But that’s another story….

In the early 50s, home dryers were still on drawing boards.

Introduced, however, was a new synthetic fabric called “wash and wear.” Ironing was no longer required. Used ironing boards could be bought for a song, and starch sales went limp.

Thanks to this modern fabric, songs of “washday blues” changed virtually overnight to “Happy Days Are Here Again.”…

Advertising campaigns for clothing were restructured.

The words “wash and wear” were “musts” on labels.

We soon tired of hearing the words, comforting ourselves with the thought that in future decades, “drumbeats” for wash and wear would be forever silent….

This is yet another reason to “never say never.”

In recent months, there have been requests, suggestions, urgings, pleas, mandates, and threats–not necessarily in that order–to “wash and wear.”

This time, though, the term has nothing to do with washday. Now–and for the foreseeable future–we must remember to wash our hands and wear our masks….

With hands washed and face covered, I’m trying to “blaze new trails” while sheltering in place.

My intention is to study other writers’ skills, their points of view, and their “takes” on humor. Two specific writers are Ed Wallace and Ray Magliozzi, whose columns appear each Friday in the Fort Worth Star-Telegram…

Since I don’t know a carburetor from a croquet mallet, their professional expertise in the world of automobiles ignites not even a spark of interest.

Their most recent pieces particularly amused, however.

Ed told about automobile designer Bill Mitchell’s clash with the paint people on the 1968 Chevrolet Corvette. Mitchell managed to catch a Mako shark off the Azores, and proudly had it painted and hung on his wall….

The painters were requested to paint the new ‘Vette to match the shark’s color, but their repeated efforts never pleased Mitchell.

Finally, the designers sneaked into his office one night, removed the mounted shark, and painted it to match the Corvette. Then they returned the shark to his wall mount.

Seeing that the shades matched the next day, Mitchell congratulated the painters for finally “getting it right.” (Mitchell admitted the probability of considerable embellishment.)…

Magliozzi specializes in getting smiles responding to mail-in questions.

He confirmed that used cars showing up on the West Coast from the East Coast often have damaged undercarriages due to exposure to excessive salt used to help keep highways navigable.

Consider this sentence: …”It’s not unusual to be driving behind a salt-scattering truck while it’s snowing, and having salt actually sprinkled all over your car as if you were driving a baked potato.” Just as Art Linkletter maintained that “kids say the darndest things,” their parents run them a close second with their questions….

Don Newbury is the author of the humorous and inspirational memoir When the Porch Light’s On. Please click HERE to find the book on Amazon.