The Idle American: Back in the days of homemade entertainment 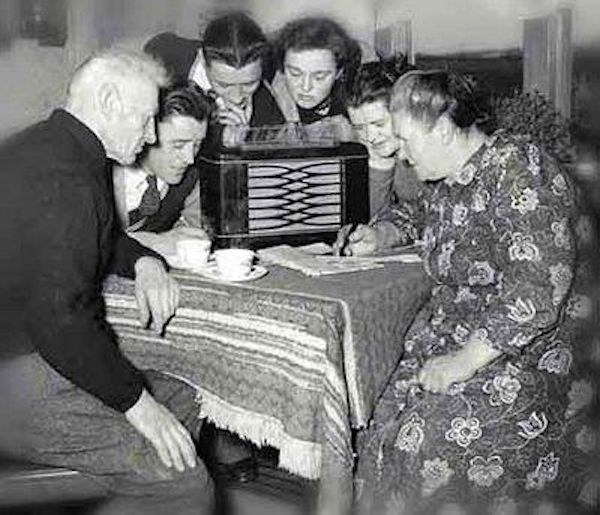 Radio was king, and we listened to comedies every night to give dad a break from telling his jokes.

My late father, T. J. Newbury, was a grand storyteller. Friends and neighbors in Early, Texas, gave him high marks for joke-telling, and so do I.

Usually, hearty “ho-ho’s” erupted when the punch line was unleashed, but on the rare occasions when silence hung heavy and listeners looked blankly as if ghosts had been seen, he had a back-up plan.

At such times, he’d laugh at himself, contending that if he didn’t think the story to be worthy of eliciting considerable glee, he wouldn’t have told it in the first place….

He’s been gone nigh onto 30 years now, having lived most of his 83 years in rural settings, where entertainment generally was “home-made,” radio was king, and our scant record library included a few 78 rpm discs. (When the needle was placed on the records, one couldn’t stray far, since there was nothing automatic about phonographs back in the day. Dad always called it a “gramophone” machine.)

Friday nights, such technical advancements were silenced as families gathered to play “42,” as well as listen to my dad’s jokes and stories.

He was always ready to “lead out,” sometimes re-telling jokes they’d heard him tell repeatedly, but found them to be funny each time. (Keep in mind that radio personalities of the day leaned on some of the same sounds and expressions every week.)…

We listened to several radio comedies Mondays through Thursdays, partially to give Dad a break.

One of his favorites never grew old–to him or to his friends. It concerned how prisoners passed so much time joke-telling, they decided to assign numbers to the jokes, then merely call out the numbers (as if it was important to save time)….

One day, a prisoner called out “Number 839.” His associates howled. Another offered “727,” and again, there was riotous laughter. The number “424” merited the same response. Then, a timid inmate decided to try “649.”

Silence reigned; there was zero response. Bumfuzzled, the guy asked why no one laughed.

“Some can tell ‘em and some can’t,” another man answered….

Dad maintained that when he told a joke, it needed to be an improvement on silence.

Think about it. A generation ago, we had less noise. Today, our ears work overtime, processing sounds that bombard, indoors, and outside…..

There are so many, in fact, that we have ground rules at our house.

Two examples include the use of battery-powered toothbrushes and kitchen disposals.

My wife of almost 54 years knows it to be pointless to ask a question or offer a suggestion when I’m brushing my teeth. Unless she’s screaming, I can’t begin to hear her. (She’s of the same opinion when she’s brushing.)

Similarly, when one is watching the news (or sporting events if they are ever live again in America), it is not a good time for the other spouse to be using the disposal, particularly if trying to cram down watermelon rinds. (Also important is “turn-taking,” relative to answering doorbells, as well as responding to emails, texts, and chore lists posted on the refrigerator door.)…

Such might remind leaders of the world’s largest corporations–along with the least of us, fellow brethren—who truly is Chairman of the Board….

Don Newbury is author of the humorous and inspirational memoir When The Porch Light’s On. Please click HERE to find the book on Amazon.