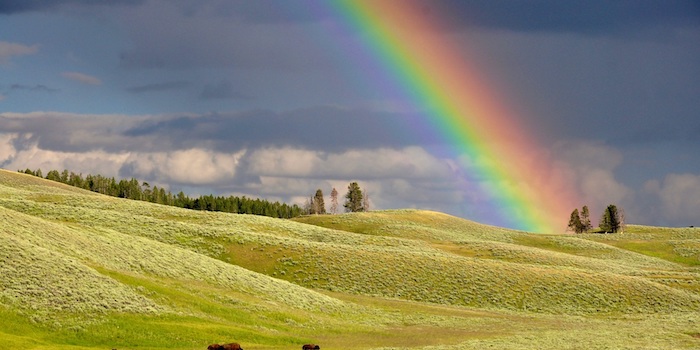 A vast canvas of the great unknown awaits paint application depicting how we are to live.

It’s a parental directive that virtually all of us have lodged in our minds dating back to childhood days when our memories started to take root.

Often, they’d throw additional dangers at intersections, thus providing more dreadful statistics that made us even more fearful of road-crossing. (Numbers have always been “brain-addling” to me, perhaps dating back to those very days.)…

A vast canvas of the great unknown awaits paint application depicting how we are to live, threatening “the-ways-we’ve-always-done-it” approaches now kicked to the curb.

In a sense, we’ll all have brushes to affect how our life’s canvas will look in a world shaken today, wobbling toward so many unknowns….

Advertising may lead the parade of quick changes in the “here and now.”

Las Vegas provides a good example.  Until recently, the city’s “come hither” ads boasted that “what happens in Vegas, stays in Vegas.”

With about half of its casinos scheduled to open in June, Las Vegas suddenly has vast storage possibilities. There’ll be many places to store its “happenings,” since there’ll be only half as many as in pre-coronavirus days….

Simple things suddenly are valued. Reckon how many millions of Americans started counting the days until they can visit hair salons? How many haven’t seen their real color in decades? How many men have struggled to find their ears for moorings of their masks under hair grown long?

My aged Uncle Mort says he’ll long remember May 20–the day he got his fourth haircut in 2020 and his second pedicure in 107 years.

He told me about a neighbor in the thicket whose wife couldn’t wait to make a hair appointment. She got a total hair makeover, hopeful it would be one her hubby would “make over.” After a quick glance, he chose words as ineffective as ice cubes in a hot tub. “What happened, honey, couldn’t they work you in?” (He hoped for a virtual response, but it seemed mighty real to him!)…

Through it all–then and now–words need to be carefully chosen, both publicly and privately.

Long ago, when audio recordings of public meetings were featured in radio news, a Texan serving on the city council voiced a comment totally opposite of what he intended. He gave his “goof” little thought–until he heard it on the 6 o’clock news that evening. He protested, exclaiming, “That’s not what I said.”

The reporter hit the “play” button for proof, but the councilman stood his ground. “I don’t care what that machine says, that ain’t what I said!”…

Microphones thrust into faces of folks who’d rather say nothing are here to stay. Would that those who dread interviews most keep answers short. Instead, too many ramble, and football coaches are, you know, in a field of their own.

Middle Tennessee Coach Rick Stockstill provided “information overload” the other day when commenting on the resumption of NCAA football. “We’re a little bit kind of almost like guinea pigs,” he stumbled. He rambled on: “We’re the ones that are coming back first all over the country, so we’ve got to make sure we’re doing our part so there’s not a setback, and it’s going to take all of us buying in and doing whatever we can to keep everybody else healthy and safe.” Huh?…

That’s where we pray God rules us safe, even if we have to slide to avoid the tag….

Don Newbury is the author of his inspirational and humorous memoir When The Porch Light’s On. Please click HERE to find the book on Amazon.