The Idle American: The Right to Vote as You Please 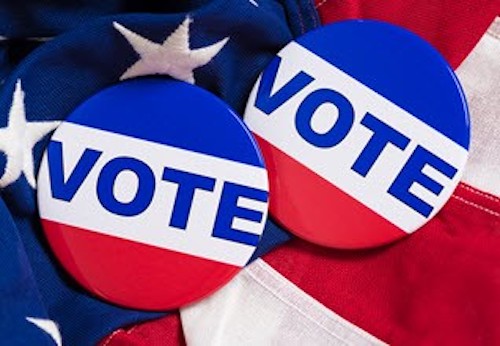 On election days, Americans express themselves any way they want when they select their candidates.

There was “people-watching” at its best recently when Texans gathered at polling places to exercise their voting preferences in primary elections. Yep, it was a foretaste of the “Big One” in November.

They showed up in attire ranging from the serious sloppy to “after five,” with a few of the latter adorned as if headed to an opera box.  (Not to be confused with the Grand Ole Opry.)

So far as I know, there were no malfunctions–wardrobe or voting machinery–where we voted. Yet, it was a most unusual day….

For starters, several folks in line were wearing face masks. Two guys so “masked” appeared to be cowboys–one perhaps of the drugstore variety (fake), decked out in freshly-ironed, designer jeans, shirt with a bolo tie and new boots still smelling of new leather. The other was wearing old britches, a sweatshirt with armpit stains and scruffy footwear.

Anyway, they “bumped boots” (that’s what they called it) upon entering the building, one of them claiming that “boot-bumping” seemed safer than “fist-bumping,” an act of greeting that may trace its origin to the outbreak of another flu strain several years ago.

Old-fashioned handshakes seem so “long ago,” when we claimed our word and our handshake to be “sacred bonds.” Somehow, citing “fist-bumps” or “boot-bumps” as our bond doesn’t have the same ring….

Voting irregularities seemed absent in our part of the woods. Friends and neighbors who “signed on” for twelve hours of tedious work, were “furrow-browed,” determined to “get it right.”

Because of such rigidity, Rev. David Couch and wife Carrie didn’t get to cast votes. Theirs was an error of assumption. Last summer, they swapped 10 years of urban living for a one-acre “spread” out beyond the city limits.  After a 30-minute wait in line, the couple hoped they were at the right polling place since the time for voting was down to minutes. “You’re at the right polling place,” the voting official responded, “But, you live at the wrong address.”

They assumed that arranging for a change of address on their drivers’ licenses would be shared with election officials. David and Carrie, married for almost a quarter-century, had never failed to vote since becoming eligible to do so. Their change of address is now corrected in the voting records, and they’ll cast votes in the November general election, perhaps arriving early in the day in case of unexpected “malfunctions.”…

This reminds me of my late grandmother. She delighted in voting since women of previous generations weren’t allowed to do so. Grandmother liked the procedures back then when voters emphasized displeasure by marking through names of candidates they didn’t care for.

They were handed ballots listing candidates’ names, along with dark, wide-leaded pencils (like carpenters use) to darken the names of candidates they wanted to be banished, probably forever. (Grandmother said she moistened the pencil lead to make the darkest mark possible.)

“I enjoyed ‘blacking out’ the names of candidates I didn’t like more than I did leaving one name unmarked to indicate my choice,” she said. (It was she who thought it was unbelievable that representatives of a thousand islands could come together and agree on a single dressing.)…

Meanwhile, the coronavirus has played havoc with our world, causing many cancellations, including schools, universities, concerts and athletic events, and I don’t know what all.

In the Metroplex, there’s been much “drum-beating” for the first major league baseball game in the Texas Rangers’ $1.2 billion Globe Life Field. At this writing, the game remains “on.”

Assuming it is played, it won’t be a decision easily reached. Maybe they’ll hand out face masks to the first 10,000 fans. What about special seating arrangements, left-handers to the left, and right-handers to the right? Thus, “coughs into elbows” might be in the same direction. On the field, sending in relievers could take on brand new meanings….

Don Newbury is the author of the humorous and inspirational book When The Porch Light’s On. Please click HERE to find the book on Amazon.