The Idle American: How to Stop a Burglar 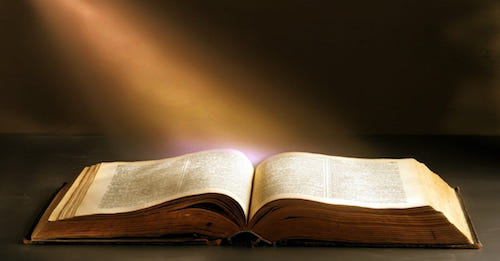 With a mighty yell, the little lady screamed, “ACTS 2:38,” and the burglar stopped in his tracks.

The tale unleashed in this space this day is difficult to categorize. Some will say it is typical of “fake news”; others will insist that it best “fits” somewhere in the dizzy, digital world of social media.

This column reminds me of the line TV’s long-running series, Hee Haw, tossed at viewers regularly: “I hate to repeat gossip, but don’t know what else to do with it.”

I’m turning a blind eye to names, places, and situations, but the story is being shared gleefully by folks who still enjoy jokes. In this piece, I acknowledge that the account is wrapped in the blankets of what might have been. I’ve been a member of this “what if” group since Hector was in “puppyhood,” half expecting one day to receive a statement asking me to pay past-due membership dues if I expect to regain full reinstatement. Okay, so here’s the story….

She’s a church-going, self-proclaimed, Bible-believing “little old lady” who has always attended church services “whenever the door’s been open.” We’ll call her “LOL” for short. (She admits that she’s “several pounds north of “little,” but unquestionably qualifies for membership in the “old” category.) LOL frequently jokes that she qualified for senior citizen status when gasoline sold for 75 cents a gallon and remembers when “the Dead Sea was just sick.”

This year, she was still in charge of planning the event, but class members voted to meet in another home, particularly since LOL’s husband of some 70 years had “passed away” several months earlier….

Hubby would have been pleased, she thought, since the class planned to honor his memory as members scarfed down Doritos and other TV foodstuff promoted during THE GAME. Fearing the half-time “entertainment” might get out of hand, she and other “women folk” retreated to the kitchen for a “scripture memory” contest.

LOL wanted to make sure that she and other ladies were not subjected to whatever “improper halftime programming that likely would include planned wardrobe malfunctions.” The men were invited, too, but they failed to join them in retreating to the kitchen. Guys knew their “plows would be cleaned” in scripture competition, and they didn’t want to miss a Super Bowl moment.

The ladies became scripturally engaged, finally returning to the den midway in the fourth quarter.

LOL barely noticed the excitement of the final minutes, intent on savoring her own “big win” in the “scripture scuffle.” She successfully recited Acts 2:38, all 34 words from the King James version, described by class members as “the real Bible.”…

On her way home, she pondered Acts 2:38, and its emphasis on the importance of repentance. Little did she know how much the scripture would help her moments later.

Upon entering her den, she was face-to-face with a burglar who already had raided her jewelry box, its contents rattling around in a pillowcase.   What to do? With a mighty yell, she screamed, “ACTS 2:38!”

The holy rant seemed to disarm the looter. He fell to his knees, begging forgiveness and insisting to call the police himself….

Soon, the officers arrived. The burglar was handcuffed, ready to go to the “hoosegow.” (Before you ask, I did have to resort to the dictionary for spelling assistance, and to make sure the term means “jail.”)

As they departed, an officer asked the culprit why he surrendered so willingly. “The heist could have worked if I’d arrived earlier and if my hearing had been better,” the burglar moaned. “When she screamed ‘Acts: 2:38,’ I thought she said she “had an axe and two .38s. I knew I didn’t have a chance against such weapons.”

Master storyteller Zig Ziglar loved this yarn, including it in many speeches. It’s said that he usually started laughing before he could get the punch line out…..