The Idle American: The Case of the Missing Sign 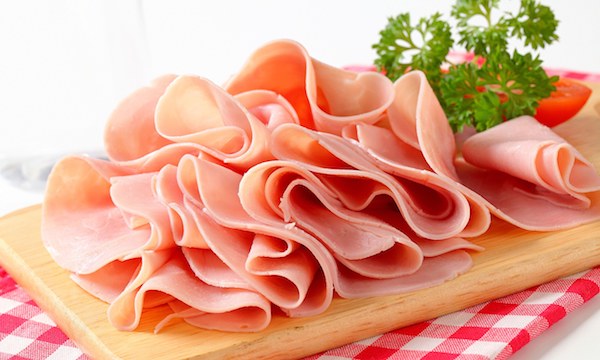 We were running late, of course; it was too late to search through the ham trays.

The late Harry Truman, whom we always regarded as “unbridled” until here lately, advised folks affected adversely by the heat to stay out of the kitchen.

Well, I wasn’t listening, and/or failed to take notes. I find myself in the kitchen more often in later years, for reasons others of a certain age may understand.

My wife and I implement a simple to-each-his-own system for many meals. When hunger sets in, she’s “on her own,” as am I….

I’m warming to the idea of spending more time in the kitchen, sometimes feeling like a five-year-old unharnessed in an untended candy store. Everything becomes an adventure as I discover kitchen machines, tools and other miscellaneous “apparatuses” that experienced cooks use with the confidence of a duck taking to a tranquil pond.

Me? I can stare at an egg beater for several minutes, in absolute wonder of such an invention.

I’m nearing the point of being joined “at the hip” with the kitchen, lured there partially by the fascination provided by a new Instant Pot, and what it can do well so quickly. Of course, outcomes hang on my careful reading of recipe directions, then carrying them out. When I fail to do so with “the pot”–as well as other food preparation procedures under my direction–can lead to “heat in the kitchen.”…

I learned the hard way, for example, of haphazardly placing a pizza on the heating stone with a tiny overlap of dough–a “silly millimeter”–over one edge. Turned out, any “food overhang” allowed to dangle in the oven can lead to a kitchen fire.

The Fire Department people were prompt, efficient and consoling.

They said such things happen all the time….

I digress. Recently, I decided to “fancy up” a ham I’d purchased for a “pot luck” luncheon at church. (Note to self: They sell hams already sliced.)

I found our electric knife that hadn’t been used this century, thinking how easy it was going to be to slice the ham. It wasn’t easy. In fact, I gave up on the imagined presentation of carefully sliced ham, meticulously arranged on a platter. Within minutes, ham “hunks” had become the new plan.

As shreds of ham flew about the kitchen, I was “at the ready” with a damp paper towel to corral them. Soon, I had two trays stacked tall with ham chunks I’d describe as “artful” in an abstract, primitive kind of way. Think machetes….

About that time, Brenda walked through the kitchen, probing like a detective at a crime scene. “Where’s my ‘clean/dirty’ sign?” she questioned.

Uh oh. I had been working on the counter right above our dishwasher. On said counter, she had taped a tiny sign (maybe an inch by .5 inch) reading “clean” on one side and “dirty” on the other.

This sign has reminded us whether dishes are clean, ready to be extracted and put away, or left for later washing. (Admission: This works ONLY when we remember to flip it over.) Anyway, it was missing, nowhere to be found. We gazed in unison at Sailor, our dachshund who gave us his “me no Alamo, me no Goliad” look….

We were running late, of course; it was too late to search through the ham trays.

I admitted to the 50 or so diners that one MIGHT come across a little sign among the ham chunks, and how it MIGHT have gotten there. I said that no matter which side was seen first, the ham was CLEAN, except, perhaps, for diners who consider all pork to be UNCLEAN.

Anyway, a lady at the luncheon said she always places a detergent pod in her dishwasher when emptied, thus reminding her to “turn it on” when the machine is full. It’s an “ill wind that blows no good,” and this tip means Brenda won’t have to make a new sign….

Don Newbury is the author of the inspirational, humorous, and autobiographical When the Porch Light’s On. Please click HERE to find the book on Amazon.