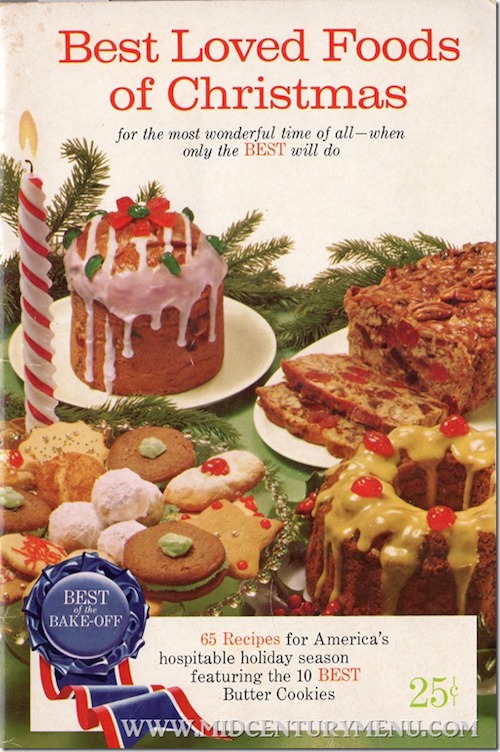 The house was also filled with all the delicious smells, and it seemed as if the oven was only turned off for a few hours wee into the night.

The holiday season has always been a time of parties and celebrations.  I was thinking of the years when we siblings were all living at home with mother and daddy.

Mother, Lou Ella Mahurin, stayed busy preparing her variety of fruit cakes and answering her very busy telephone.  Our phone number was made of just four digits – 4104 –simple for anyone to remember.

Friends of my mother would be calling to see if she had time to bake their order cakes and pies, and some also wanted cookies and candies.

Mother did not have time to fill all of the requests, so she told us three girls – Martha, Julia, and myself – that if we made the cookies and candies, the money she received would be divided among us. We would have money to spend on Christmas.

I remember making date loaf, chocolate fudge, pralines, sand tarts made with chopped pecans and rolled in confectioner sugar.  Some of the cookies were chocolate chip with pecans, oatmeal, sugar cookies, and Grandma tea cakes fashioned into Christmas trees, angels, snowmen, and stars.

We all measured the ingredients, stirred, and washed pots and pans while listening to the Christmas music on the radio.  Some of our favorites were “Winter Wonderland,” “Little Drummer Boy,” “What Child Is This,”  and “White Christmas.”

Ours was a house filled with music from “Silver Bells” and “Blue Christmas” made popular by Elvis Presley. “The Christmas Song” by Alvin and the Chipmunks,” “Up On The Housetop,” and more of the traditional songs: “Silent Night,” “Jingle Bells,” “Frosty The Snowman,” “I Saw Mommy Kissing Santa Clause,” “Jingle Bell Rock,” and “Rudolph The Red-Nose Reindeer.”

Other favorites were “Sleigh Bells,” “Do You Hear What I Hear?,” “I’ll Be Home For Christmas,” “Silent Night,” “Oh Little Town of Bethlehem,” “Feliz Navidad,” and so many more.

The house was also filled with all the delicious smells, and it seemed as if the oven was only turned off for a few hours wee into the night.

It was amazing to me that after all of mother’s baking for Christmas, she was still able to plan and prepare for the New Year’s Day morning’s Pancake Breakfast held at the Community House as a fundraiser for the Kilgore High School Band Booster Club.  Tickets were sold by the band students, and the club members participated in cooking after Mr. James Taylor, manager of Safeway grocery, was able to get the food products donated.

A few years later, after Christmas had been celebrated, Mother planned and made snacks and a meal for a New Year’s Eve party at the Kilgore Community house.  Some of her friends from church had mentioned their desire for a party that did not include alcohol. With that thought in mind, mother rented the community house, cooked all the snacks and foods, brought an ample supply of board games, and invited her church friends, as well as anyone else in Kilgore, to attend.

Eunice Spurlock cooked black-eyed peas, cabbage, cornbread, and made sure everyone had their fill for good luck when the clock struck midnight.

One year, when midnight came, it began snowing. I ran inside and told the preacher, Harold Spurlock, that snow was falling. He might want to make an announcement so that everyone could get back home before the weather became too dangerous for travel.  At first, he thought I was kidding. It had been quite warm when the evening festivities began. He went outdoors, and sure enough, the white snowflakes were coming down quite briskly.

Harold made the announcement, and everyone began gathering their gifts and helping mother load her dishes into our car.

After a few years of my mother renting the Community house and furnishing everything, the members decided they would pay for the rental and everyone would bring a variety of games and snack items for the meal. Later, the Church of Christ added a fellowship hall to the back of the church and held their New Year parties there.

This time of year always brings back the memories of the wonderful smells coming from mother’s kitchen, a whiff of vanilla flavoring and rum and whiskey for the fruit cakes, as well as all the other wonderful things that had been baked, as I wuz just thinking.