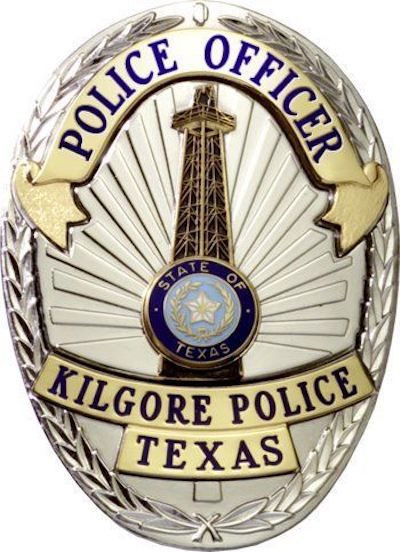 For seven and a half years, I volunteered many hours at night and weekends, riding patrol with seasoned officers, and I did love helping others.

In the 1970’s I was working for the State of Texas in the Henderson, Texas, Welfare Office, as it was called back then.  My first assignment was with the Old Age Assistance program.

I was shocked when a couple of elderly women, whose cases had been assigned to me, had not told the truth on their application forms. I was very naive and thought all elderly people, especially little old ladies, were totally truthful.  I was crushed.

That program was soon turned into the SSI- Supplemental Security Income and handled by the Social Security office. I was then trained for the AFDC  – Aid to Families with Dependent Children.  It soon merged with the Food Stamp Program.

When an opening came available in the Kilgore Welfare office, I was able to transfer back to my hometown and work in the Aid to Families With Dependent Children and Food Stamp program. I was also asked to be the office manager.

After several years of working these cases, I wanted to be able to do something different.  I have always been interested in detective or investigation-type work.  In several of my cases, I had been able to gather enough facts for the Fraud Unit to prosecute.

This new program had hired former officers from the Tyler Police Department. Their duties were locating and prosecuting fraud cases of those welfare clients receiving benefits illegally.

I thought if I could get some police training, perhaps I might be able to transfer to this division.

The Kilgore Police Department was just beginning their Volunteer Police department. I was the first lady to sign up as a volunteer.  Our training was taught at the Kilgore College campus at night.  So, after working all day at the welfare office, I attended classes.

Purchasing my uniform, gun, holster, flashlight – that could have been used as a baton – and hand-cuffs., I received my badge after qualifying on the gun range.  I carried a 357 Model 19 – Smith and Wesson. (Actually, I out-shot several of the men who had been in the military and were hunters.  I tried to compose myself because I didn’t want to show them up, but as soon as I got home, I literally jumped for joy.

For seven and a half years, I volunteered many hours at night and weekends, riding patrol with seasoned officers to get my hours, again. I always hoped I would be able to transfer to the State’s Fraud division. Unfortunately, it never happened.

But I did love “serving” and being “helpful” to others.

On one occasion, I just went to the bus station and sat with an older lady who was frightened about being alone in the dark of night at the closed station, waiting for her ride.

Another time, I was able to convince a man who had a large cut on his head that he really did need to be stitched up at the hospital.  He did not want to do what the male policemen wanted him to do. He would rather fight the police.  He and his best friend had been drinking alcohol and got into a scuffle when a bottle was broken over his head.  After talking with him, he calmed down. He looked me straight in the eyes and asked, “Do you really think I need to go?”

I answered him with a nod of my head.

He then agreed to go peaceably to the hospital.

When I had to enter an old honky-tonk to make an arrest,  I have to confess that my anxiety level was quite high. But I always tried to retain my composure and speak with a softer voice.

I was fortunate. My cousin had paved the way before me. She let folks know that she was no pushover and would just as soon pistol-whip someone as well as look at them.  Her name was Sis Dickerson, and she was known and respected by all classes of people and all races.

Because I was a heavy-set woman, similar to Miss Sis, some men did not know what to expect.  They knew Miss Sis and her reputation.  They would ask me if I was her daughter and I would tell them, “No, a cousin.”

None of the men tried to fight me like they did the male police officers.  They would almost automatically hold their hands out in front of them for me to lock on the handcuffs.

One of the saddest calls I went on was in a nightclub where a patron had been shot.  I knew the young man and helped place him on the stretcher and carry him to the waiting ambulance.

He looked at me and asked me if he was going to be all right.

I told him he would. I truly believed he would be fine.  I’m afraid he did not make it.

Later, I learned how a small bullet hole could be so deceiving.  After the bullet enters, it can hit bone, bounce around and shatter organs and other bones.  Terrible.

One night, I was riding with a lady police officer when we received the call that a stabbing had taken place at a Mexican bar.  When we arrived, she went in to investigate, and I was looking after all the ones who had run outside to lie down on the ground, spread-eagle.

I knew very little Spanish, but they all seemed to understand what I was telling them, and they quickly responded.

Soon the ambulance arrived.  Other officers came and took over the questioning of those on the ground and follow through with the investigation.  We were free to leave.

At times, just the sight of an officer in uniform or a patrol car was all that was needed.  We worked the football games, Halloween fairs, the city fundraising events, among other things.  We were simply there to prevent robberies or fights or deter anyone from breaking into cars,

In 1984, Jimmy and I married. I turned in my badge and moved to College Station as we merged our families and began our new lives together.  As much as I loved police work, I have never regretted making that decision, as I wuz just thinking