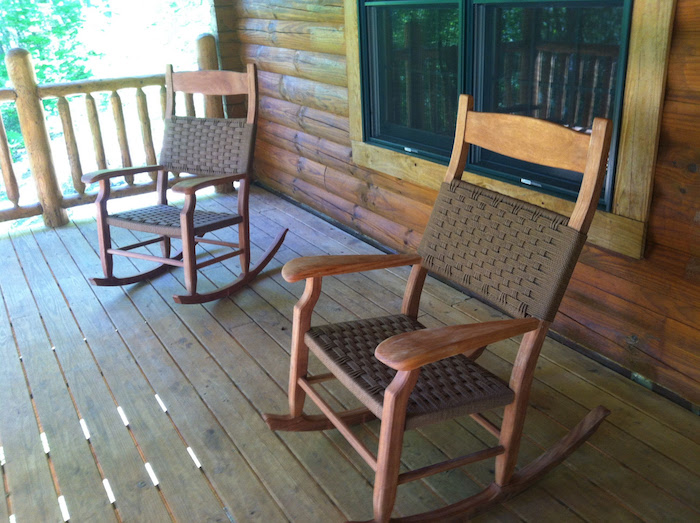 I used to think that old folks had nothing to do but just sit around in their rocking chairs and think up things to complain about.

I was talking with a friend of mine recently.  She mistakenly asked what I had been up to lately.  Very wrong question to ask me as I can get very long-winded in explanations.

I told her I used to think that old folks griped about stuff because they had nothing to do but just sit around in their rocking chairs and think up things to constantly complain about.

Since nearing that age group – my being 77 now – I realize that Jimmy and I stay constantly busy trying to take care of business.

I realize all of the confusion is really not the fault of those in businesses.  They are dealing with employee absences from work because of the virus, the covid pandemic, and also the many ships and barges stranded in the ocean, being held up and not able to distribute parts and supplies to the companies throughout the United States.

Even the ships that do make it to shore find a shortage of truck drivers to transport their loads.

One of our sons was visiting this morning.  He was in need of a skill saw, and the stores in Longview did not have any.  Another son was looking for a chainsaw in Mt Pleasant and there were none to be found.

Jimmy’s breathing machine, bi-pap, has quit working.  No one will work on the machines, and the home-health medical supply store cannot get any more of them.  He was told he could get the trilogy machine but only if he qualified.

It has now been six weeks since his machine broke.  He is using oxygen but he is up and down all night, and I’m awake most of the night checking on him to be sure he is still breathing.

We went back to the medical supply store Tuesday and were told Jimmy needed to get a prescription from the doctor.  I explained that had been done about five weeks ago.  We were told something was wrong with the document, and another was needed.  The young man said he would take it to Jim’s doctor that afternoon.

By Thursday afternoon, we had not heard from the young man, so we stopped by his office.  He looked rather confused and said he would need to get another prescription from the doctor, that something had come up on Tuesday and he was not able to go to the doctor’s office.

I asked him, “What do I need to do?  Who do I need to contact?  I asked if he could print out the form and let me take it to the doctor’s office. He did and I immediately carried it to Jim’s doctor for a signature.  The lady at the doctor’s office said she would make sure the medical supply store received a signed prescription.

Today, I phoned the doctor’s office to find out the status of the prescription form. The lady verified the signed prescription was at the medical store and was told the insurance company was being contacted for approval.

Hopefully, all will be cleared by the insurance company and the trilogy machine will still be available for Jimmy.

Today, we made a second trip to Longview after several phone calls to get a service call for our home clothes dryer. It was still under its five-year extended warranty.  The repairman was supposed to come on Wednesday morning.

Recently, a rock hit the back window of my Jeep.  The serviceman came and replaced the heated glass.

The next day, when I was pulling out of the driveway, the alarm sounded that the back tailgate was ajar.  The back door was tight.  I tried the back windshield wiper and it did not work, nor did the heater in the glass.

Today, more phone calls to the glass repair company and the insurance company.

And for years, I simply thought old folks just sat around doing nothing and trying to come up with one thing to complain about.

They were just trying to survive the everyday hardships of life.

Who has time to sit around?   Old folks and time….as I wuz just thinking.