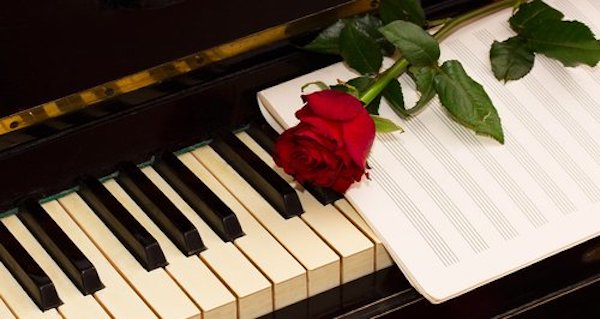 Sometimes there would be dancing in the nursing home, and my sons would always ask the elderly ladies if they would care to dance.

Many years ago, when my sons were quite young, we would occasionally stop by a Carthage nursing home to visit a relative, my second husband’s aunt. Music was usually playing in the lobby area, and someone would be singing or leading the group of residents.

The director would almost always ask the audience if someone else would like to sing and I, along with our two sons, Robert and John, aged ten and eleven, would sing some old favorite Christmas songs, as well as songs we knew from our church hymnal. The audience sang right along with us.

Sometimes there would be dancing, and my sons would ask the elderly ladies if they would care to dance.  The ladies smiled broadly and stepped to the dance floor, holding onto a young man’s hand, and they slowly danced.  They were so happy as the years rolled away to an earlier time in their memories.

Years later, in the Kilgore nursing home, sons James and Jeff, about nine and eleven years old, would ask the ladies for a dance.  The boys were not shy and always smiled as broadly as their dance partners.

Just watching them warmed my heart, knowing that these young men were bringing enjoyment to another’s life that day.

My uncle Huston Mahurin was in the nursing home near our home.  James and Jeff would ride their bicycles to visit him. They had such charming and uplifting personalities, people could not help but laugh when they were around.

I would go into Uncle Huston’s room and never feel gloom or concern about what I could do to make him more comfortable, always trying to avoid certain subjects. But James and Jeff were charmers. They would just plunge right in with whatever they had on their minds, and Uncle Huston wound up laughing so much he did not want them to leave.

It was the same joy the boys brought our neighbor, who turned ninety-nine in the nursing home.  James and Jeff rode their bikes to visit him. They told him what had happened at school that day or listened while he told memories of his days in World War 1 or stories about his beloved little dog.  Mr. Dooley was quite the trickster, and it was difficult to know if his stories were true or if he was just getting one over on you.  He was very alert mentally, and his was always a room filled with laughter.

Those days of four young boys sharing their happiness with others brought back sweet memories….as I wuz just thinking.