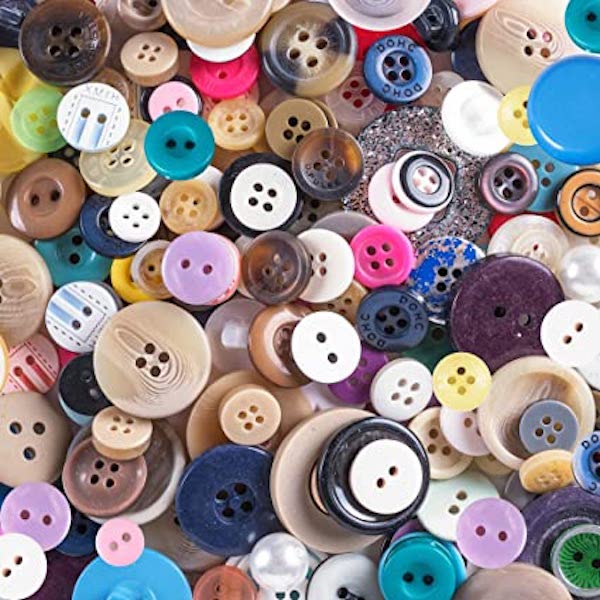 I enjoy looking at and collecting the many varieties of buttons, made from brass, bone, horn, bronze, wood, metal, glass, and even bake-lite.

“Button, button, who’s got the button”….were the words I heard recently on a Perry Mason television show which brought to my mind the buttons in my life.

There was a children’s game of “button, button, who’s got the button“.  The children get in a circle with their hands out in front of them.  The child in the center has the button and pretends to place the button in each of the children’s hands that make up the circle.  She actually places the button in one person’s hands and then the other children take turns guessing in whose hands is the button lies.  The one who guesses correctly is the next “it”.

I enjoy looking at and collecting the many varieties of buttons.  Their colors and textures fascinate me. They are made from brass, bone, horn, bronze, wood, metal, glass, and even bake-lite.

I remember the buttons mother had in her sewing machine cabinet drawers.  Later she had a metal fruit cake tin where she kept them.

One summer, the Lad & Lassie children’s clothing store in downtown Kilgore was having a contest and the prize was a diamond watch.  The person with the highest number of points at the end of the contest would be the winner of this beautiful prize.

My mother did not have a diamond watch. and I wanted so much to win this prize for her…as a secret.

The store had a variety of ways for an individual to increase their points.  On certain days, ones were weighed and given points per pound, so I carried my five Garrison children, my daddy, and myself to get points in my name.

Another day was counting one’s age…so, all of us traipsed back to the store and gave our ages.  Buttons were counted for another day’s points.  I carried the can of buttons from my mother and containers of buttons from our friends to get the points.

I was told that at the end of the contest, the buttons would be returned to me.

The company holding the contest kept all the buttons.  No telling how many buttons they were given from the town folks.  I felt so bad because I was not able to return the buttons to my mother and friends.

In another way, I did not feel too badly about the loss of the buttons. I was the winner of the contest and won the prize, the diamond watch.  I was so happy and mother had such a surprised and happy look on her face when the diamond watch was presented and gifted to her.

Everyone in town knew the “button lady,” Gwen Palmer who owned the fabric and accessories shop located on the ground floor of the old Kilgore City Hall and Fire station.  Tables and tables were set up to display her thousands of buttons.  All colors, sizes, and textures were displayed.  Mrs. Palmer knew each one by name, as well as its content, origin, and price.

Years later, the buttons, some very rare and expensive, were in her estate sale, and I was able to obtain some from her son, Jimmie Palmer, and daughter-in-law, Charyl “Sam” Palmer.

Today, I look at and feel the buttons and am reminded of the beautiful person, Gwen Palmer, “the button lady”.

“Button, button, who has the button?” What a wonderful collection to have, as I was just thinking. 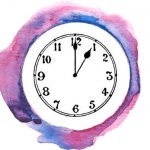