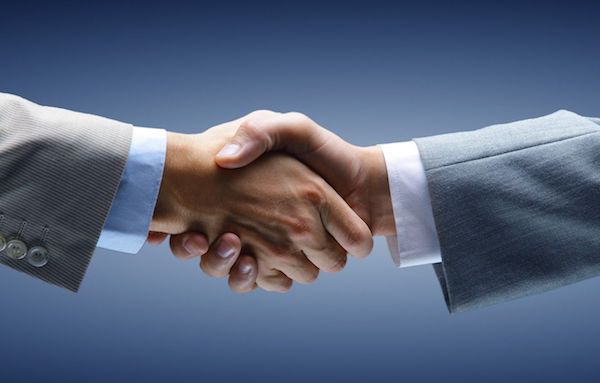 My Daddy always believed, ” If you give a person your word and shake hands on it, it is a promise.” Don’t ever break it.

I just watched the short film clips of the history of Kilgore and listened to the words of Mr. Holland.  At one time he mentioned “a man’s handshake.” A handshake stood firm as a promise, giving his bond.

I remember my daddy, John “Herb” Mahurin, believed this to be a fact.  Daddy would say, ” If you give a person your word and shake hands on it, it is a promise.”  Also, that ” If a man does not keep his word, he is a liar, and you cannot trust him in anything else.”

Too bad the latter came too many times in our lives while my siblings and I were growing up.  I remember when I was quite young, even before I started school.  Too often, neighbors would come into our little store, MACK’S, and charge their gas or their groceries. They always said they would pay their bill on Friday when they received their paycheck.

However, when they picked up their check, they went into town and spent their money at larger grocery stores like Piggly Wiggly, instead of paying their existing bill at MACK’S.

It did not take long before we had too much credit on the books, and the store had to be closed.

So much for a promise with a handshake.

One time my Daddy leased the downstairs portion of the building, the old Kilgore Hotel, for a pool and domino hall.  It was time for the yearly lease to be renewed, and the owner of the building offered to lease the building to Daddy again that year for $500.

Daddy gave him the $500 cash and they shook hands.  That was the contract. They did not need a piece of paper with their signatures on it. At least that was Daddy’s belief.

The next morning when Daddy came to open the pool hall, there was another man there. He said he had leased the building for the year.

You can imagine how my dad felt.  He found the owner of the Kilgore Hotel and had a strong discussion about the matter. The owner admitted he had leased the building to another man.

The man said he did not have it.

Daddy told him, “Tomorrow morning, you best be at the door of the bank when it opens and get my $500.”

As an aside, my Daddy had several brothers who lived in Kilgore: Alvin, Ernest, George, Huston, Robert, and Jess.  They loved their younger brother and would not stand by to see anybody take advantage of him. The owner of the building knew these brothers, and I think that encouraged him greatly to return the money the next morning.

The next morning, Daddy parked his car a little ways from the bank to watch. Sure enough, the owner was standing at the door of the bank – waiting for the door to open.

In a few minutes, he came out of the bank, found my Daddy and handed him the $500.

Daddy contacted Leta Wade who had built a little concrete block building across from the railroad tracks on Commerce Street.  Leta rented it to my dad and he established “Herb’s Dominoes.”  He was able to help support our family by charging ten cents for a game of dominoes.

A handshake should be as good as a promise.  My mother’s family owned several hundred acres of land in West Texas.  Crops of cotton and later soybeans were grown.  At least, that’s the way I remember it. The family estate would keep the books and distribute checks in January of each year’s profits to the individual family members.

My mother would charge at the local pharmacy and also to Dr. Allums for taking care of our family throughout the year. As soon as the check arrived in January, she paid her accounts in full.

My mother was honest and trustworthy, handshake or not….as I wuz just thinking.