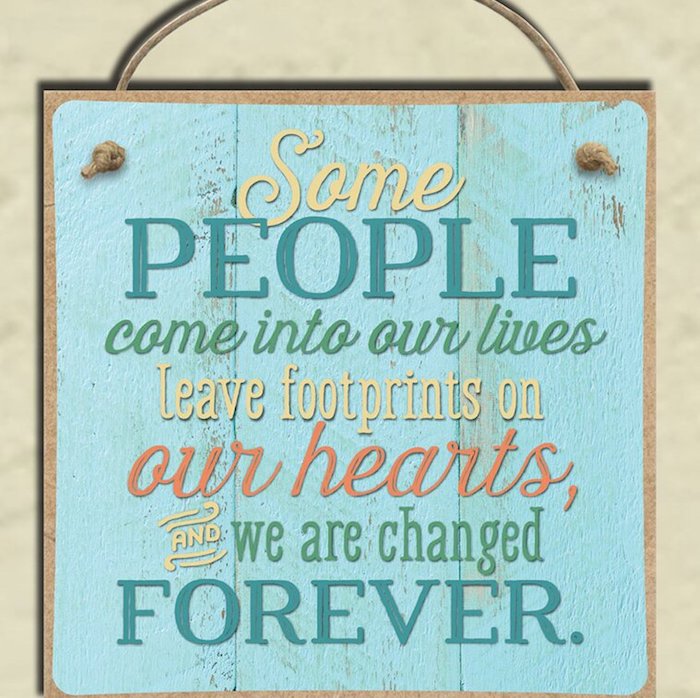 One day I went to Anna’s house and no one was there.  No one was living in the house.  It was EMPTY.  My friend was suddenly gone.

Years ago I would walk down the short drive near and behind our house, up the hill to the narrow twisted wooden bridge to visit my friend.  I was afraid to walk the bridge and only visited my friend if the creek bed was dry and I could cross at the base.

Farther up the hill a-ways lived Anna and her parents.  I know she had an older brother but never recall meeting him as it seems he moved away at an early age.

Anna and her mom would talk by “signing,” and then Anna would tell me what her mother said.  I found this very fascinating and one day received a small chart from a deaf/mute salesman that went door to door selling his products. The chart displayed the sign language.  I’m afraid I was not successful in teaching myself except for the sign for “love”.

“Signing”, that reminds me of my sister Julia and her five children.  The four sons and daughter were all very healthy and energetic.  Attending restaurants could get a little loud in their excited conversations and as it began disturbing the other patrons.  Julia would “sign” her children and they all knew they were not suppose to use their voices but only talk by “signing” one another. The children enjoyed doing this, the patrons appreciated the quietness, and Julia’s nerves began to settle some.

One day I went to Anna’s house and no one was there.  No one was living in the house.  EMPTY.  My friend was gone and I knew not where or why.  I felt lonely.

Many years later, Jimmy and I went to our houseboat at Bullfrog Marina at The Lake O the Pines.  I saw some folks standing near the end of the pier visiting.  I walked past as not to disturb them.  I took a few more steps, turned around, and said, “Anna, Anna Morris?  Is that you?”

She looked at me and smiled, “Betty Mahurin!”.  At that point, we both rushed and gave the other the biggest hug.  My friend had been found!

One of her sons, Gene Hopkins, owns the houseboat right next to ours.  Anna and her husband, Ron Hopkins, came there often to fish.

As time went along and the more we visited, I learned of the past years of Anna’s life. When she was a teenager, her dad died suddenly.  He was also deaf and mute, and I only met him a few times. He was usually working at his job as a carpenter.

After his death, Anna had to suddenly drop out of Kilgore High school to go to work as a waitress to pay off her dad’s debts, as well as support her mother and herself. She and her mom moved to a less expensive house and closer to her work. She didn’t have to walk so far.

One day while Anna was visiting in the Hopkins home, the phone rang, and the person calling asked to speak to Anna.  Not knowing who would be calling her there, she cautiously said hello.

To Anna’s surprise, the caller on the other end of the phone line was Ronald Hopkins.  He asked her to marry him right there on the telephone and Anna Morris said yes.  Never had a date with the man but married him.  Loved and honored him dearly as the anniversaries sped by, bore him three sons, and they very proud of each.

Today, I have lost my friend.

I am sad and happy –  mixed emotions.  Happy that she is no longer suffering from her body’s cancer, knowing she has been looking forward to being with her Daddy and Mother . . . and happy she is with Jesus.

Today, I wuz just thinking about my friend.