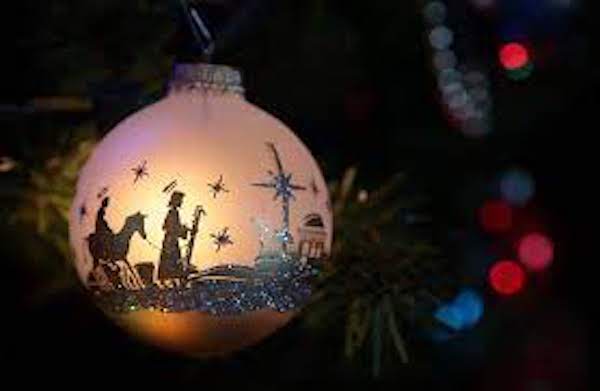 It was nearly Christmas and the first time in many years that all four of us siblings had plans to be home together.

Recently, I was watching some of the Hallmark movies based on true stories.  They were called “God wink” moments. Those are moments we feel touched by God in a unique and unexpected way—as if God was winking at us.

I was thinking back to December 1980.  I experienced several situations that perhaps seemed to others as “coincidental,” but to me, those were my“God winks.”

Mother had the nicest lady who cleaned her house, but the lady had given her notice that she had taken a full-time job at Kilgore College. She would no longer be cleaning homes.

I asked Mother if she wanted me to locate someone else to help her care for her home, but she said she didn’t. Mother thought she no longer needed anyone, that she could tend to the cleaning herself.

It was nearly Christmas and a busy time for all of us.  This was the first time in many years that all four of us siblings had plans to be home together.

Mother was excited and spent many hours preparing for the gathering.  She cooked foods and carefully tucked them away in the freezer.  She prepared each of our favorite desserts.

She had the good china, silver, and crystal set out for use on that special day. It would be a special day. There would be no paper plates this year.

On December 18, after work, I stopped by Mother’s to pick up a birthday gift for my son Robert.  I had plans to take my two sons, Robert and John, to Pancho’s to celebrate Robert’s birthday.

Mother was not home, but this was not unusual. One of Mother’s friends usually picked her up and drove her to Bingo or some other activity.  Mother was legally blind and knew she could not drive herself even though she kept her driver’s license current and kept her car so others could drive her places.

While I was still in the house, the phone rang.  It was one of my mother’s friends, Mrs. Shaw.  She asked me, “Well, how did it go?”

I asked her what she was talking about, and she told me that Mother’s back was hurting, and a friend had taken her to see the doctor.

I told Mrs. Shaw that I knew nothing about it, that Mother had not called me.  Mrs. Shaw said Mother did not want to bother me at work, which is why she had a friend come by and pick her up.

I glanced at the clock. It was 5 o’clock. I told Mrs. Shaw I needed to hang up so I could try and catch Dr. Downs before he left his office.

I called Dr. Downs , and he replied in his long, drawn-out drawl, “Yes, I know where she is.  She is in the hospital where tests are being run.”

I hung up and quickly rushed to Laird Hospital.  Mother gave me a list of things she wanted me to do for her.  I told her I was taking the boys on to Ponchos for the birthday party because friends were meeting us there. I would stop back by the hospital on the way home.

When I reached the hospital, Mother was asleep. The kids and I went on home.

About one o’cock in the morning the phone rang.  It was a nurse telling me, “your mother is dying, and we don’t know why.”

I quickly called my brother, Johnny, who lived at Lake Cherokee.  He said he would phone our oldest sister Martha, who lived in Sweetwater.  I called our next sister Julia who lived in Arlington.

I rushed to the hospital, and it seemed only a matter of minutes before Johnny arrived.  A few hours later Julia rushed in from Arlington.

We were able to talk with mother for a little while. She was already in a coma by the time Martha drove in from West Texas.

As we sat in Mother’s room, we sang her the songs we grew up singing in the church.

On December 20, Mother passed away with all four of her children at her side.

Returning to Mother’s home, we discovered everything she had prepared for us for Chistmas.

It was as though she was still in the room.

It was a God Wink moment, as I wuz just thinking.