How wicked should the ending be? 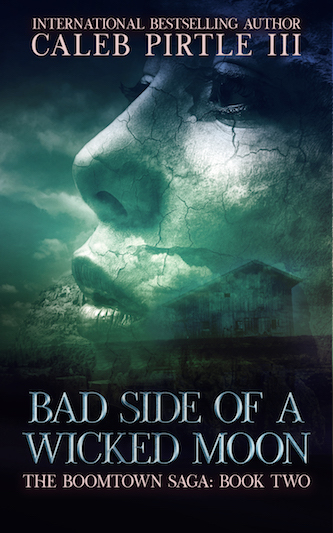 What was Hemingway’s secret for writing endings? Make people feel something more than they understood.

For example, when I finished Bad Side of a Wicked Moon, Eudora Durant was talking to a young lady who had just gone to work for the little weekly newspaper. These were my final paragraphs:

Walking out of the darkness and into the dim light of a street lamp came a lady with a shaved head, wearing a flannel white nightgown, ripped off above her knees.

A yellow cur dog trotted along beside her.

She looked neither left nor right.

She was carrying a Winchester rifle.

“Don’t worry about having to find new stories every week,” Eudora said as Faye Marie joined her on the boardwalk.

“In a boomtown, you don’t have to go out and find stories to write.” Eudora shivered slightly even though the air was hot enough to scald a catfish in shallow water. “In an oil town,” she said, “the stories come out of nowhere and when you least expect them. They come looking for you.”

Eudora wondered when the rifle would fire, how many times it would fire, and if it would be ruled a justifiable homicide.

“Should I write about her?” Faye Marie asked, pointing at the woman.

“In time, you probably will.” Eudora followed the girl back inside and shut the night out behind her.

The ending demanded one thing of me.

I must write another novel about an early boomtown in Texas.

The reader may not care.

But I’m intrigued with the woman who has a shaved head and a Winchester rifle.

I have no idea why she’s in town.

I can’t wait to find out.