What happens when those Friday nights are gone? 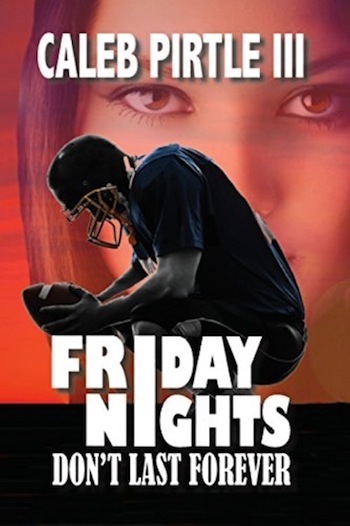 I never played organized football. But I’ve written about it. On Friday nights there was no better place to be than in a high school football stadium.

I never played organized football. I graduated from high school at a hundred and eighteen pounds. If I hadn’t had an Adam’s apple, I couldn’t have cast a shadow.

Coaches didn’t come around to ask my name. No coach ever asked if I could play football. They took one look at me and had the only answer they needed.

Growing up on the backyard sandlots of East Texas, however, I’ve thrown a pass or two and caught a pass or two and kicked a punt of two. I’ve been battered and scarred and held together for weeks at a time with Band-Aids.

When we played, there were no yard markers.

No cheerleaders to wipe the blood from our dirty faces.

No one ever asked who won.

No one knew. Even fewer cared.

We played a lot of games in the front yard of the James Ward home. He had a son a little older than I. He didn’t play any organized football either.

Mister Ward was a banker. He had a lush lawn, thick with soft, freshly mowed grass. It was a good place to fall.

Out games chewed it up. We ripped out chunks of St. Augustine grass and left patches of dust in their places.

One of the neighbors asked Mister Ward, “Why do you let those boys come over and tear up such a beautiful lawn.”

I never played organized football. But I’ve written about it.

I covered football for my Kilgore College newspaper, The Flare. During my senior year at The University of Texas, I was Sports Editor of The Daily Texan when we beat Navy in the Cotton Bowl to win the National Championship.

During summers, I ran up and down the sidelines in Gladewater’s high school football stadium, taking photos with an old Speed Graphic Camera and scribbling notes for a story I would write in The Gladewater Daily Mirror.

On Friday nights, there was no place better to be.

In Texas and throughout the South, football is not a sport.

Football is a religion.

A town might have a population of four thousand, but ten thousand fans would pack into the stands on Friday nights.

When Linda served as principal of Ennis High School, we did not miss a game.

I was there because I loved the game.

Linda was there because principals were expected to keep an eye on the crowd.

Students seldom gave her any trouble.

Fans were always out of control.

All of the playoff games were out of town. And Ennis – the school and the town – hit the road.

The police chief once told us that for two hours before game time until two hours after game time, his office would not receive a single phone call.

On one Friday night before the Saturday State Playoff game at Cowboy Stadium in Dallas, a man was shot to death in town.

He was still alive when police reached his front porch and lived long enough to whisper a name.

There was no mystery to solve. Police knew who fired the fatal shot.

But no one searched for the killer.

No one had to.

The homicide detective simply went to Cowboy Stadium the next afternoon, stood beside the ticket office, and waited as the legion of fans pass through the gates.

Sure enough, the killer came to buy his ticket.

Police knew he would show up.

Where else would he be when his hometown team was playing for the state championship?

He didn’t mind going to jail.

He didn’t mind going to prison.

He hated like hell to miss the opening kickoff.

On more than one occasion, Linda and I sat in the stands and watched a bunch of sixteen, seventeen, and eighteen year olds play a football game. For them, it was more than a game.

All they could hear were people screaming their names.

Bright lights shone on their faces.

The only math they needed to know were the numbers on the scoreboard.

I once told Linda, “For some of these boys, Friday night is as good as it will ever be, and their Friday nights won’t last forever.”

What happens when the lights dim?

What happens when the cheering stops?

What happens when no one knows your name anymore?

What happens when no one wants an autograph?

What happens when cheerleaders no longer walk arm-in-arm beside you?

I wanted to know.

So I wrote a book about it.