What does a great mystery writer say about writing mysteries? 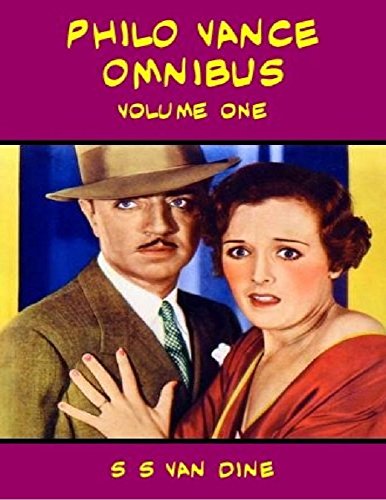 Stack the corpses like firewood and keep the pistols blazing. As the old saying goes, if the story suddenly becomes stale, bring in a man with a gun.

Willard Hunt was a writer of mysteries.

No one knew it.

No one had ever heard of him.

But they all read his mysteries back during the golden era of detective fiction.

His reputation was locked tight on the level of Agatha Christie, Dashiell Hammett, and Raymond Chandler.

But who was Willard Hunt?

In those days, everyone who loved to be puzzled by a good whodunit and was entertained by the hard-boiled, wise-cracking exploits of Philo Vance was reading the words of S. S. Van Dine.

Every time he departed the real world and stepped into the make-believe world of a novel, Willard Hunt became S. S. Van Dine.

He was an art critic.

He was high fashion.

During the 1920s and ‘30s, S. S. Dine believed there were definite rules, and “every concoctor of literary mysteries must live up to them.”

Were his rules set in concrete?

But has the passing of the years changed any of them?

These are S. S. Van Dine’s rules and my thoughts about each of them.

1) “The reader must have equal opportunity with the detective for solving the mystery. All clues must be plainly stated and described.”

Nothing has changed. The clues should be plentiful, and readers want desperately to find them and put them together and uncover the identity of the criminal before the detective does. That’s the only reason my wife reads mysteries.

3) “The detective himself, or one of the official investigators should never turn out to be the culprit.”

The lead detective should never be the criminal. We need him or her around for the next book in the series. However, one of the official investigators may be as worthless as any soul in the story. If he’s guilty, catch him, cuff him, and send him to the big house.

4) “There simply must be a corpse in a detective novel, and the deader the corpse the better. No lesser crime than murder will suffice.”

There have been a lot of popular mysteries based on fraud, treason, kidnapping, and even art theft. But nothing arouses the animal instincts in a reader like a good, old-fashioned killing. Stack the corpses like firewood and keep the pistols blazing. As the old saying goes, if the story suddenly becomes stale, bring in a man with a gun. You’ve captured the reader’s attention again.

5) “The problem of the crime must be solved by strictly naturalistic means. Such methods for learning the truth as slate-writing, Ouija boards, mind-reading, spiritualistic seances, crystal-gazing, and the like, are taboo.”

6) “A servant must not be chosen by the author as the culprit.”

If the Butler did it, the reader feels cheated. A good mystery unmasks the criminal as someone readers know and care about. A good reader wants to solve the mystery. A good writer wants to sneak up on his readers and surprise or shock them. Yet, when piecing the clues together, the culprit was the obvious choice. It’s just that no one could see it.

7) “A crime in a detective story must never turn out to be an accident or a suicide. To end an odyssey of sleuthing with such an anti-climax is to hoodwink the trusting and kind-hearted reader.”

8) “Secret societies, camorras, mafias, et al., have no place in a detective story.”

When strange and secret societies are involved, the book ceases to become a mystery and suddenly turns into a thriller. Van Dine preferred a simple murder and a simple killer. If secret societies cast a shadow over the story, it becomes a much more frightening and haunting tale.

9) “The culprit must turn out to be a person who has played a more or less prominent part in the story.”

No truer words were ever spoken. I hated the old Perry Mason novels when the villain turned out to be the man seated on the back row of the courtroom, and I immediately wondered, “Who the hell is he and where did he come from.  I only saw him in one scene, he was buying a pack of cigarettes, and now he’s the murderer?” I felt short-changed.

10) “A detective novel should contain no long descriptive passages, no literary dallying with side-issues, no subtly worked-out character analyses, no ‘atmospheric’ preoccupations.”

Van Dine had had obviously never taken the time to read the poignant, poetic, and beautiful words of Dashiell Hammett or Raymond Chandler. And he wouldn’t pay homage at all to James Lee Burke or John D. MacDonald. They write, mysteries, too, but some of their writing is the stuff of pure literary fiction.

Each writer, regardless of the genre, should develop his or her own personal set of rules.